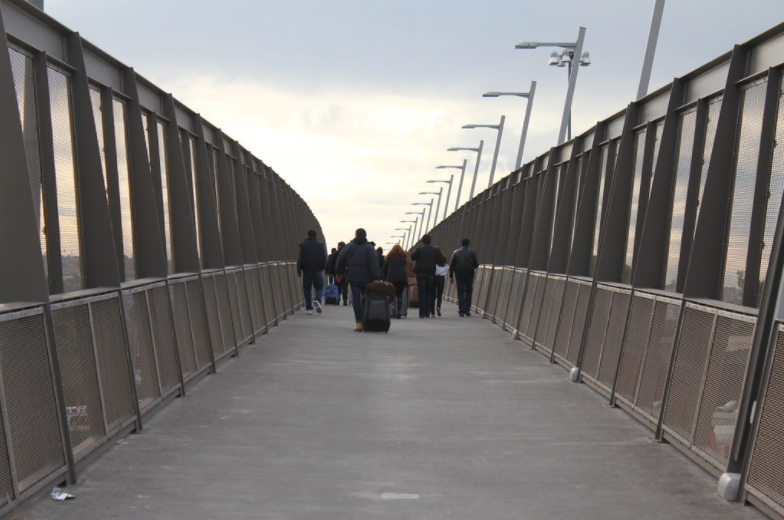 As a result of the pandemic, there have been discussions about how COVID-19 has affected the operations of organized crime, including drug trafficking groups. On the one hand, there have been discussions about the effectiveness of criminal governance in contexts where state authorities have been unwilling or unable to implement measures against contagion as well as the necessary diversification of criminal activities.

Knowing the effects of COVID-19 on the operations of organized crime, however, will take time. What we do know for sure is how the pandemic has adversely affected substance users. These problems are particularly acute in the U.S.-Mexico border region, where traffickers, wholesale buyers, retailers and consumers all converge.

it is the region with the highest population concentration between Mexico and the United States, and is home to the most important crossing of people in the Western Hemisphere.

A peculiar area on the U.S.-Mexico border is the “CaliBaja” mega-region that includes all municipalities in Baja California and the counties of San Diego and Imperial Valley in the State of California. With an approximate population of 6.5 million inhabitants, it is the region with the highest population concentration between Mexico and the United States, and is home to the most important crossing of people in the Western Hemisphere. Moreover, the integration of economic activities, value chains, and the labor force has made it key to discussions about global markets. For non-believers in integration, suffice it to say that the region’s annual GDP is around $250 billion.

The idea of CaliBaja has also generated narratives about the uniqueness of this border region. In contrast to the expansions of the border fence, CaliBaja is building ports of entry such as the Cross Border Express (CBX) that allows airport users from the City of Tijuana to cross into the United States without having to leave the airport. In other words, CaliBaja is proud to be a region where bridges, not walls, are built, allowing for better bilateral integration.

But the myth of CaliBaja has been weakened by partial border closures that allow only essential travel. This has been particularly visible given the conflicts with supply chains and labor, but there is little talk of disruptions in harm reduction services, despite integration among civil society organizations working in Tijuana, Mexicali and Southern California.

Harm reduction includes interventions aimed at minimizing the risks and negative impacts resulting from substance use. For example, injecting drug users are provided with new syringes in order to minimize HIV and hepatitis C infections. Contrary to punitive narratives, harm reduction does not incentivize use and creates space for other interventions that lead to reduced substance use and save lives, such as improving access to opioid substitution treatment (methadone).

In the city of Mexicali, the Verter organization operates the only consumer room in Latin America and the fourth in the world that offers exclusive services for women. It also carries out community projects to prevent teenage pregnancy and implements rapid HIV and hepatitis C testing. For its part, the organization Prevencasa operates in Tijuana and donates supplies for injection drug users, including the drug known as naloxone, which can reverse overdoses caused by opioids. It also helps substance users navigate the health care system and improve adherence to antiretroviral treatment for HIV.

Notably, users are not only Mexican citizens and in fact reflect the binational aspect of the border region. In other words, those served are also Americans who travel to Baja California under a “substance use tourism” scheme or who simply choose to live on the Mexican side in order to lower their housing and living costs.

The partial closure of the border, however, has prevented organizations such as Verter and Prevencasa from acquiring the materials necessary to protect and serve the binational community

The partial closure of the border, however, has prevented organizations such as Verter and Prevencasa from acquiring the materials necessary to protect and serve the binational community. In the spirit of CaliBaja, these organizations operate thanks, in part, to donations from organizations that provide similar services in California.

Prevencasa received a donation of 100,000 syringes that, despite the collaboration of local authorities, have not yet been brought to Mexico due to border crossing restrictions by the federal government. Similarly, the San Diego-based organization A New PATH, a pioneer in harm reduction in California, was willing and able to donate 576 units of naloxone to organizations in Baja California.  However, they cannot be taken to Mexico because it is considered a controlled drug. Although in the United States and Canada naloxone has been used for more than a decade by publicly funded civil society organizations, in Mexico, perhaps dominated by a centralist perspective, we have not understood that the risks of opioid use are also present in our country.

The irony is clear: while illicit drug markets continue to operate, substance users in both Mexico and the United States are victims of a bureaucracy that seeks precisely to minimize the damage to health. The lack of syringes and naloxone, as well as access to other substitute therapies, translate into a greater likelihood of HIV and hepatitis C infections and overdose deaths that could be avoided with a nasal spray such as those used for decongestion caused by allergies and flu.

At a time when governments are seeking creative solutions to a global problem, they would do well to consider the risks of a dual epidemic in the border region: those caused by COVID-19 and those by overdose deaths. Governments in Mexico and the United States have been very effective in getting CaliBaja to integrate supply chains and local governments have been very efficient in promoting the region’s advantages. Harm reduction begins at the local level and therefore it is a good time for integration, via sub-national actors such as Verter, Prevencasa and A New PATH, to save lives from supply chains of legal medicines and inputs.

Political Scientist and head of security research programs at the Center for U.S.-Mexican Studies at the University of California-San Diego. PhD in Political Science from the Univ. of California. Specialized in issues about drug trafficking and crime in Latin America.