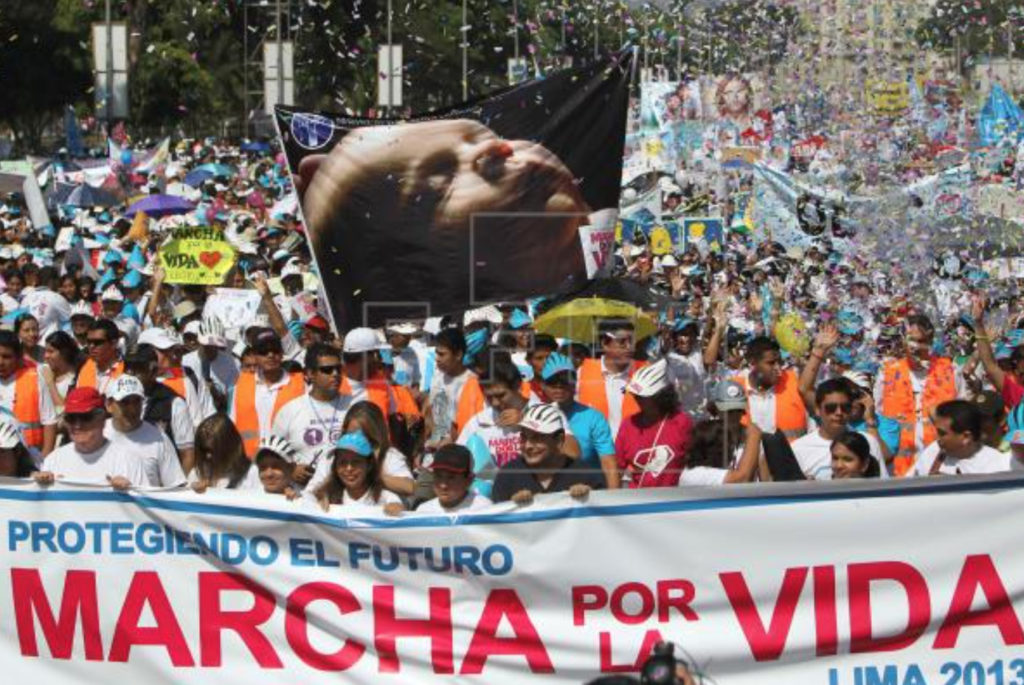 Between 2016 and 2018, Latin America experienced protests and demonstrations by conservative groups against policies such as the recognition of equal marriage, gender identity, and the incorporation of sexual and reproductive education in school textbooks. Their impact on politics has forced changes in public policies, however, the pandemic and the political crisis that the region has suffered have slowed down the conservative advance. Nevertheless, once the pandemic is over, there is a high probability that there will be a return of these mobilizations, and we will once again experience significant socio-political confrontations.

On the other hand, not all families are constituted on the basis of a marriage contract. Indeed, there are a large number of de facto unions. If we bring up the cultural element, we will see families based on monogamy and others on polygamy. The categories are many.

When the conservative movement refers to “the family”, in the singular, it is generally taking as a basis the Judeo-Christian thought that defines it as the union of a man and a woman who have children to fulfill the functions of reproduction, survival, and social regulation given by the patriarchal power. Thus, “the family is recognized from a single version, anchored in the structure mother, father and children; the only socially recognized family is the one that today is called nuclear family”, as defined by psychologist Mariana Andrea Pinillos Guzmán.

The traditionalist and conservative voices based on this concept of family, however, are not so homogeneous. There are extreme positions and other more moderate ones. The more extreme ones use the qualification of “dysfunctional families” to refer to any type of configuration other than the nuclear heterosexual two-parent family.

The more moderate ones, on the other hand, see diversity and do not disqualify single-parent families, heterosexual two-parent composite families or extended families, among others. The contentious issue for moderates has more to do with sexual orientation and gender. Their breaking point is the nuclear two-parent homosexual family. But still, within this same topic, there are different positions among those who oppose, above all, the legal recognition of the homosexual two-parent family or the use of “marriage” as a reference to describe it, but are not as uncomfortable with the same degree of free union, considering it as a private issue.

The other important issue concerns children and adolescents as “subjects of rights”. There are different trends. One side opposes the idea of the family composed of “subjects”, advancing instead the idea of the family as a single subject. The family is understood as a unit or human group that is conceived of as a single voice. In other words, a whole that cannot be divided and one where the parents are the main spokespersons.

This conception is nurtured by the doctrine of guardianship, which sees the child as an “object” that parents or guardians take care of and order, ideally without interference from the State. It is in this framework that the idea of “progressive autonomy of children” stands out as one of its most controversial concepts. Not only regarding children, but also with regard to the autonomy of women in the more patriarchal sectors of conservatism.

In contrast, the more moderate wing does not oppose the notion of the child as a subject of rights and recognizes him or her as such, nor does it seek to question the autonomy of women. Their concern has more to do with the “limits of autonomy” and the dynamics that should be encouraged for children and adolescents to establish their position and participation in the family. In other words, the moderates are accepting a sort of “conditional or relative right”. On the other hand, the moderates also insist that all family members have rights and that the challenge is their harmonious development.

Finally, one of the most heated debates has been about the education of children. In this area, it is argued that the education offered by the State should be vetoed or controlled by parents’ associations. This applies especially to comprehensive sex education.

However, while certain representatives reject the use of the concept of “comprehensive sex education”, others redefine it by adapting it to the family approach, referring to Pope Francis’ Amoris Laetitia – apostolic exhortation – which speaks on sex education. At the same time, not all parents’ associations are the same. In these mass mobilizations, the great incidence of parents’ associations of private and denominational schools was noted. At the same time, in some cases there was less impetus from parents’ associations of public schools, which shows that these groups are far from a monolithic front.

These differences, especially in the countries of the region where conservatism is more influential, may be useful to find an alternative discourse to overcome some of the existing obstacles in the area of public policies aimed at children and adolescents, gender and sexual and reproductive health. It’s important to take into account that the creation of a dialogue platform different from the one that has occurred in the period 2016 to 2018 will also have to deal with the problem of a traditionalist and conservative movement that is strongly influenced by conspiracy theories and fake news. This characteristic is typical of movements of a reactive character and in defense of a system of values that they feel is threatened.

The hope is that this unnecessary resistance can overcome by insistence on facts, science, and pluralism. Values that allow us to face very real and current challenges, such as violence against women, discrimination, pregnancy and early marriage, maternal deaths, sexually transmitted diseases, and others.