The European Green Pact sets ambitious targets for the fight against climate change, such as reducing CO₂ emissions to achieve climate neutrality by 2050. In this context, last February the EU Commission reached an agreement to incorporate gas and nuclear energy into the green taxonomy under certain conditions. This is a list of activities considered sustainable and towards which the European Union seeks to direct private sector investments, thus preventing corporate actions from becoming a mere greenwashing or green marketing maneuver to increase profits.

The agreement reached is not yet in force. Once formally adopted, the text goes on to be considered by the Council and the European Parliament, which can oppose it by qualified majority, reinforced in the first case (72% of the States representing 65% of the population) or by simple majority in the second case. If there is no opposition, the agreement’s entry into force is scheduled for January 1, 2023.

The European Union’s regulatory framework is complex, but on the political and social side, there is some controversy. With methane emissions at record levels, as indicated by energy journalist Jeff Tollefson in Nature, its incorporation as a green energy generates great repulsion.

In addition to the repulsion generated by the use of gas, there is also the geopolitical aspect: Russia’s invasion of Ukraine has only fueled the European Union’s interest in accelerating its transition to cleaner energies. Indeed, on March 1, the High Representative of the Union for Foreign Affairs and Security Policy, Josep Borrell, in his speech to the European Parliament on Russia’s aggression against Ukraine, referred directly to this dependence on Russian gas supplies.

Europe’s dependence on Russian gas has been increasing over the last twenty years, even though the EU’s institutions have been proclaiming the need to reduce it. But “from now on, let us put our actions in line with our words”, said Borrell. The decision that ends up getting adopted may influence the fate of other gas projects that are currently being discussed in Latin America.

Additionally, nuclear energy itself is also under debate. Alarm bells are ringing both because of the toxic waste and because of precedents in other parts of the world. The accident at the Fukushima plant in 2011 is an illustrative example of the risks involved. In fact, the “nuclear blackout” policy in Germany was based on what happened in Fukushima and determined that the last nuclear plant in Germany will operate until December 31 of this year.

This decision produced reactions in the corporate sphere. Companies, like Sweden’s Vattenfall, initiated investor-state arbitrations in addition to proceedings before national courts. In March 2021, Germany agreed to provide compensation of 2,438 million euros to end the litigation.

Even though these nuclear projects tend to be limited, some countries are discussing the construction of new plants. Such is the case of Argentina, which has decided to start the construction of a fourth nuclear power plant (Atucha III) in partnership with China. Even though the project has been rejected by a large number of sectors, it is still underway. Ultimately, the decision that the EU finally adopts in this matter seems inconsequential for the region for several reasons. However, the decision is not free of risks, accidents, or attacks: the Russian attack on the Zaporizhzhia facilities will reinstate with force the debate on nuclear development.

The debate over the inconsistencies of the new green taxonomy masks its B side: the modernization of the 1994 Energy Charter Treaty, to which both the European Union and most of its members are party. Negotiations are underway and controversy is also on the table. The investor-state dispute settlement mechanism contained in the original treaty has formed the legal basis for 135 claims by foreign investors. According to data from Unctad’s Policy Investment Hub, the Energy Charter Treaty is the international agreement on the basis of which there have been the highest number of lawsuits worldwide. Even the registered lawsuits include investors of nationality of a member of the European Union against another member State.

The fight against climate change

In times of combating climate change, the path should not be marked by the inclusion of nuclear energy and gas in the green taxonomy, or by the investor-state dispute settlement mechanisms of the Energy Charter Treaty. Otherwise, the State ends up questioning whether to modify a decision, even if it aggravates the climate crisis, a situation that is dragging humanity to its extinction.

The inclusion of gas and nuclear energy does not minimize risks, but aggravates the uncertainty facing our societies at the time of transition. 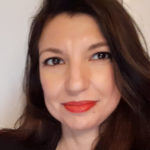 Professor-researcher at the University of Monterrey, Mexico. D. in International Relations from the Universidad Nacional de La Plata, Argentina.