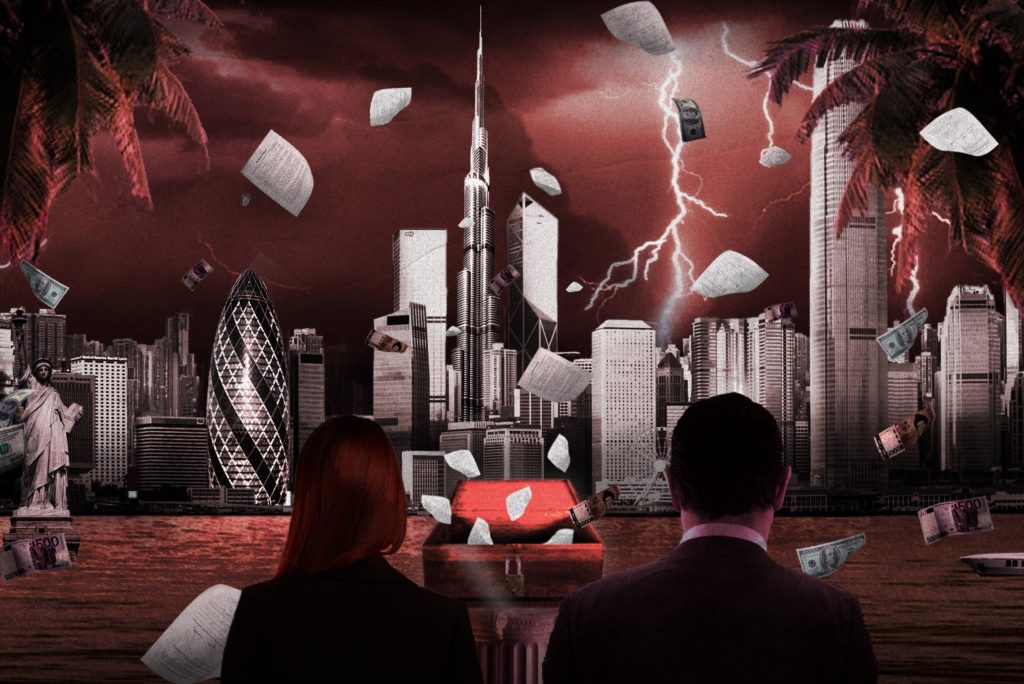 The largest document leak on record was recently made public. An extensive team of investigative journalists analyzed almost 12 million documents that reveal the mechanism that powerful people around the world use to hide their fortunes and, consequently, evade taxes. However, what has perhaps provoked the greatest amount of indignation among Latin Americans is the disproportionate presence of political figures in these complex schemes.

It is true that according to current laws these mechanisms are not illegal, but the scandal opens up a whole debate about both the nature of the resources and the probable use of corruption behind some of these fortunes. Above all, it is even more outrageous that someone gets rich doing politics and that those who make the tax laws, which keep millions of taxpayers captive, are the first to then use privileged information to take money out of their countries to hide it in tax havens.

The list of politicians, in addition to being extensive, can make more than one person’s hair stand on end, especially when it becomes clear that Latin Americans stand out above their peers in other regions of the world. The Pandora Papers reports reveal that three Latin American presidents and 11 former presidents stand out among the celebrities who use offshore mechanisms to “protect” their economic wealth. But the list also includes ministers, ambassadors, legislators, civil servants, and even members of central banks.

There is nothing illegal about the triangulation of assets through this mechanism. However, in a region with marked asymmetries, precariousness, informality, corruption and impunity, revelations such as the Pandora Papers reveal that the structure of opportunities between those with economic and political power and the rest is not only abysmal, but can reach levels that border on the shameless and gross.

The message left by the Pandora Papers, especially in an extremely unequal region like Latin America, is that in politics, as in chess, pawns are not the same as the queens. While the former is cannon fodder and its mobility is captive, the latter not only has more status, but can move freely across the board.

This metaphor, quoted by an interviewee in a television program on the Spanish channel La Sexta, describes perfectly how millions of people are taxpayers that are captive to the fiscal impositions created by their tormentors. This is at the same time while the latter have the capacity to make politics a very profitable and lucrative activity, which they also use to evade the rules created by themselves.

With name and surname

I highlight three cases by way of example. Chilean President Sebastián Piñera is known for his fortune prior to his incursion into professional politics. However, he has taken advantage of his privileged position to increase his wealth through operations such as the purchase and sale of Minera Dominga, in which his wife also participated.

The second case is that of former president Horacio Cartes, who has turned Paraguay into his personal ranch. Although he has been singled out for the obscure or irregular nature of some of his business dealings, the truth is that after his time as president he has not only increased his fortune, but also his influence. In a highly corrupt country, this has made him practically untouchable.

And the third case is that of Mexican legislator Armando Guadiana of the ruling party, MORENA. This wealthy coal businessman has benefited from juicy direct award contracts during the current administration of President López Obrador, who he defends to the hilt.

In conclusion, the Pandora Papers far surpass the Panama Papers that in 2016 had revealed the modus operandi that big celebrities use to escape the tax control of national treasuries through shell or offshore companies. This leak is a new reminder that in addition to politicians who in theory should represent us, many of our admired Latin American singers, athletes, artists, and businessmen continue to take advantage of the rest of society. At the end of the day, it is not illegal and it’s just a little bit.

Professor and researcher at Universidad Autónoma de San Luis Potosí (Mexico). Member of the National System of Researchers (Conacyt). PhD. in Latin American Studies from the University of Salamanca.