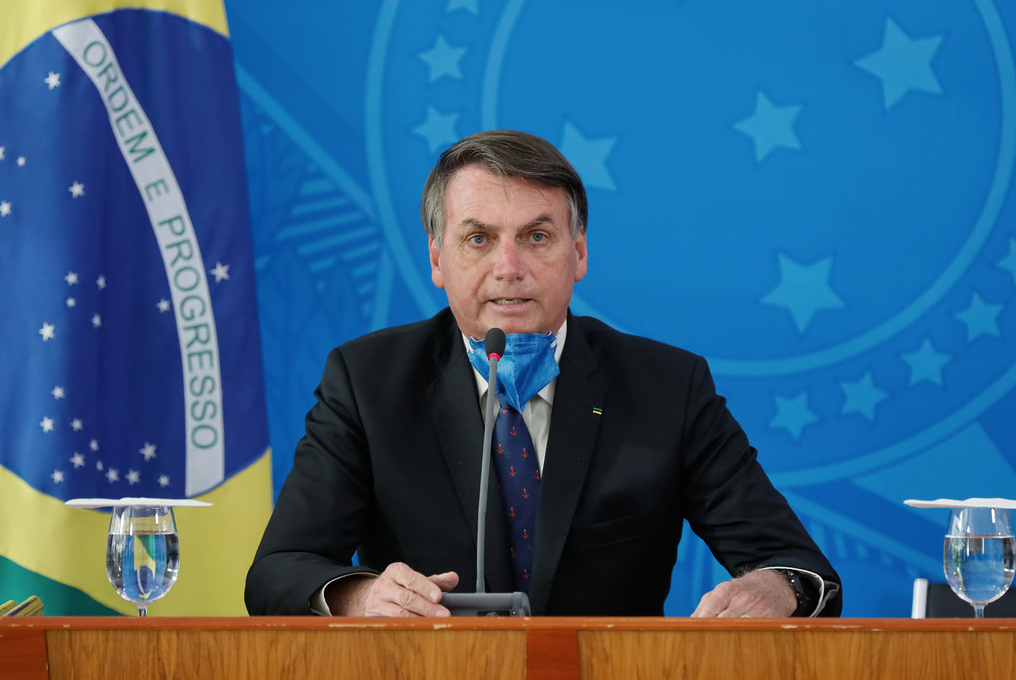 If a fundamental element of late modernity and the contemporary state is the right to kill, Jair Bolsonaro takes this characteristic to its maximum expression. Bolsonaro’s policy is based on death, the physical elimination of his country’s citizens, and particularly of his “enemies”: those who frighten him by being different from his moral standards. Bolsonaro is an exemplary expression of the policy based on death, necropolitics.

Fisrt, a clarification. Necropolitics or necropower (politics of death, power of death) is a concept developed by Achille Mbembe, a Cameroonian political philosopher. Here Michel Foucault’s idea of biopower is the starting point. If biopower is that part of life over which power has taken control, Mbembe goes beyond and states that to understand modernity and the contemporary state this idea is not enough. More than letting live or exposing to death, Mbembe highlights the right to kill. Politics is the work of death and sovereignty is the right to kill.

The perception of the existence of the other as an attempt on my life, as a mortal threat or absolute danger, leads one to understand his or her elimination as something necessary for my life and safety.

Mbembe relates state sovereignty to the idea of the state of exception. The forms of sovereignty that struggle for autonomy are not the rule: the common is the instrumentalization of human existence, the material destruction of human bodies and populations. The state of exception and the relationship of enmity are the normative basis of the right to kill. Power seeks to invent exceptions, enemies. The perception of the existence of the other as an attempt on my life, as a mortal threat or absolute danger, leads one to understand his or her elimination as something necessary for my life and safety.

Necropolitics is exemplified in colonialism, armed territorial occupations, contemporary wars, militias, and partially dissolved states. It defines as firearms developed for the maximum destruction of people and the creation of “worlds of death,” in which vast populations are subjected to living conditions that give them a status of “the undead.

It should be clarified that the Brazilian State has always practiced mass extermination of its poor, and that these have a color. In all its stages, it has been eliminating its black and indigenous population (Mbembe perceives the idea of race as a basic element of necropolitics, and modern slavery as fundamental in its development). What happened during the civil-military dictatorship, and now under Bolsonaro, is only the expansion of necropolitics to white portions of the population. When death approaches the whites, we denounce blows and the advance of authoritarianism. But the absence of the rule of law has always marked the lives and deaths of Brazil’s blacks and Indians.

It should also be mentioned that the entire political trajectory of Bolsonaro was based on hatred and death. This has always been evident, making those who supported him in the 2018 presidential elections co-responsible for the violence emanating from his power. The blood that dirty Bolsonaro’s hands and his group also extends to his supporters – be they the punctual ones or the most faithful.

Bolsonaro made his power agenda clear from the beginning. He has always strived to establish limits between a “we” made up of patriots and good citizens, and an “other” made up of leftists, communists, minorities, human rights defenders, environmentalists, all those whose discourse he characterizes as “poor” and the defense of “politically correct”.

To minorities he warned: “that they adapt or perish”.

The messages were clear. To minorities he warned: “that they adapt or perish”. To the left he promised the “tip of the beach” (allusion to a base of the Restinga da Marambaia Navy in Rio de Janeiro, used during the civil-military dictatorship for the execution of political prisoners). To the good citizens he assured that he would do a “clean-up never seen in the history of Brazil. He promised death. His campaign proposals consisted of eliminating the enemy and destroying today’s Brazil, for the only way to build something new is to “free Brazil from the nefarious ideology of the left,” as he declared at a dinner for supporters shortly after the beginning of his mandate.

Destruction is on the march, so is the promotion of death. Its necropolitics manifests itself in the afrouchamento of traffic laws, such as the end of fines for those who do not use seat belts and seats for children in the back seats of cars, or the end of mobile and hidden radars. It is in the facilitation of gun ownership and repeated efforts to free the carrying of weapons. His government promotes death by dismantling environmental protection legislation, which is evident in his omission to combat deforestation and burning in the Pantanal and Amazon.

This same project includes the dismantling of public policies, services, and actions aimed at protecting minorities who are systematically murdered or victims of different forms of violence: indigenous peoples, quilombolas, women, homosexuals, poor blacks, all of whom are left to their own devices. Here we add denial and silence in the face of racism, a central mechanism for the march of necropolitics.

The politics of Bolsonaro’s death reaches its fullness in his management of the coronavirus pandemic. His speeches and actions have moved from denial of the pandemic to the minimization of the symptoms of COVID-19 (which would be nothing more than a “flu”), to now culminate in the adoption of anti-vaccine rhetoric and the boycott to the implementation of a national vaccination plan. Their main tactic was to highlight unemployment and poverty as deleterious effects of a “misplaced collective panic” and of the “irresponsible” actions of governors and mayors caused by fear of disease and death. This is an important point. There is an effort to naturalize death by COVID-19, as if it were inevitable – just like death itself, everyone’s destiny.

Two immediate understandings arise from this naturalization: (1) those who fear the disease are cowards; (2) those who act to fight it are enemies of the people, enemies of Brazil. It is a construction that adopts the logic of war, of polarization that operates in an anti-democratic way, serving necropolitics and feeding the opposition between “us” and “them” (who in the eyes of Bolsonaro are nothing more than “faggots” who want to flee from reality, after all we will all die one day).

At the moment we write this article, Brazil is experiencing a new wave of the pandemic. With an average daily number of cases and deaths on the rise, the country is approaching the mark of 200,000 deaths, with more than 7 million confirmed cases of COVID-19. Meanwhile, Bolsonaro declares that there is no hurry for the vaccine, because “the numbers have shown that the pandemic is coming to an end. With all this, we must stress: Bolsonaro is responsible for the death of thousands of Brazilians.