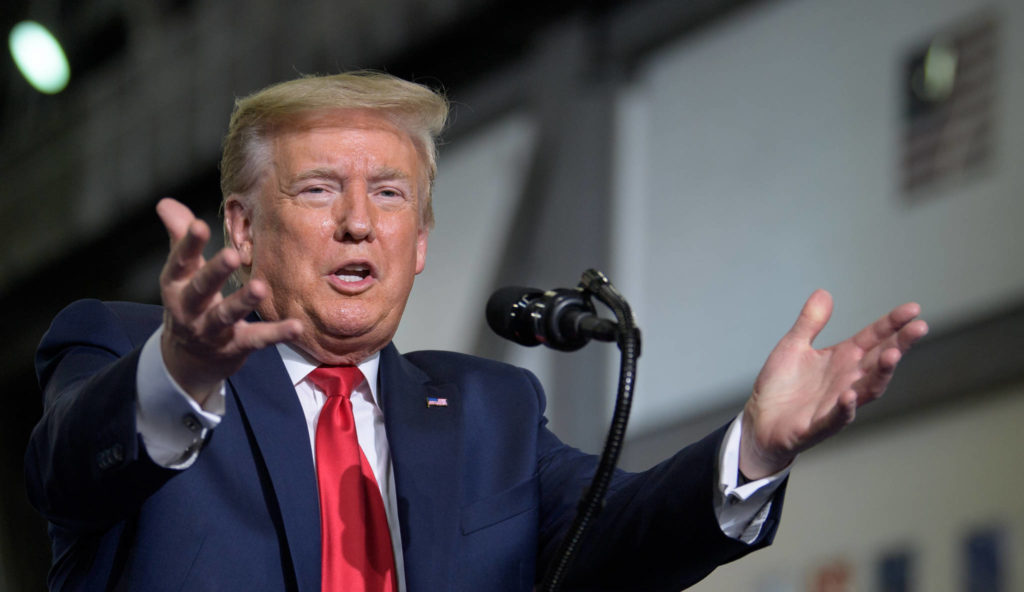 Trump finally gave his definition of what Trumpism is. The former U.S. president said “a lot of people have been asking, ‘What is Trumpism?’ A new term that’s being used more and more… I didn’t come up with it. But, what it means is big deals.” Among those supposed victories, Trump lists the reshaping of the trade agreement with Mexico and Canada, his tax reform and his promotion of economic deregulation. But Trump also links this neoliberal idea—which comes from the Reagan tradition—with a disregard for the democratic norms, which is more typical of Latin American extreme right-wing populisms, such as the ones of Jair Bolsonaro in Brazil, Nayib Bukele in El Salvador or Keiko Fujimori in Peru.

Thus, for the U.S. leader, Trumpism “means strong borders, the endorsement of having weapons among civilians and no riots on the streets. It means enforcing the law. It means support for the forgotten men and women, who have been taken advantage of for so many years.” Coming from a man who made America’s democracy a victim of politics’ militarization amid a deep political, social and health crisis, this kind of definition can only be presented in the alternative world of the Trumpist mythic narrative.

What is unique about the Trumpist definition of Trumpism is that it’s not about the reality, but rather an alternative representation of it. Much of the definition doesn’t say much of what Trumpism is, but rather to what he would like it to be and also has been.

Trump presented his definition at the most important meeting gathering Republican conservatives (CPAC), which, like the vast majority of Republicans, makes no distinction between the old party of Abraham Lincoln and the far-right movement that Trumpism is today. In this regard, the cult of Trump has taken over everything and it explains why Trumpism continues to inhabit the magical world of its narrative, unlike all previous examples of defeated Republicans—who after making a postmortem of the defeat, dedicated themselves to  oppose concrete measures of the incoming administration.

Trump continues to insist on the big lie that he won the election, which prevents to propose alternative measures and insists, as Trump did, that Biden is against science and anti-democratic, against the rule of law and misogynistic. All attributes—rather defects— that belong to Trump himself, following the character of projection of the typically authoritarian personality, studied by the philosopher Theodor Adorno and his collaborators.

The same phenomenon is being seen with Bolsonaro. A leader who makes projection, fantasy and unreality the axis of his politics, with the irresponsible result of generating the spread of Covid-19 and the death of his citizens. It could be expected that in his attempt to mimic Trump, Bolsonaro wants to emulate these “doctrinal” attempts.

All personalistic governments that show a cult to the leader, especially fascisms and populisms, eventually feel the need to give themselves a doctrinal framework. They want to provide themselves with an idea that defines their movement, making it appear more serious than it actually is. They try to inscribe it in the great history of political ideologies to dress a momentary leadership in a transcendental garb.

This is necessary, because after all, an ideology based on the opinions of a single person has its limits of legitimacy, both domestically and internationally. But the claim of turning the living myth into part of history has above all propagandistic motivations. Putting it another way, the leaders want to explain the theoretical meaning of their person in order to complement and give gravitas to a set of tantrums, narcissisms and constant twists and turns.

This doctrinal moment is not a contradiction with the cult of the leader that has always defined everything, but rather as the moment when the leader decides that it is time to disguise with political theory a set of notions about power, obedience and violence.

In general, the doctrinal instant is nothing more than a highly decorated photograph, with concepts, ideas and whims of that precise moment. It is a representation of the ideal world of leaders and followers. In the past it happened when leaders felt comfortable enough in power to indulge in a few phrases.  That moment came to Italian fascism in 1932, when Mussolini wrote his definition of fascism, aided by the philosopher Giovanni Gentile.

As so often influenced by Mussolini’s thought, Argentine Peronism had its hour at the Mendoza Congress of Philosophy in 1949, with the coining of the “organized community” slogan. Other leaders used books and television ads to try to give depth to rather banal anecdotes and thoughts. But in the cases of Mussolini, Perón and Trump, a desire to link the personal work with a transcendental work and when this doesn’t work, fantasy is appealed to.

In Fascism not everything was within the state, while in Peronism the community was not as organized and homogenized as Perón would have liked. With Trump, shortly after his defeat, the effects of his government are still disastrous and that is why there’s a need for rewriting his history to make it part of the myth of the leader. A new myth that can only be taken seriously by his followers and believers.

This is why Trump tried to make his doctrinal representation in a powerless world and experiencing fantasy. He only speaks to his fanatics. His myth, now turned into doctrine, is being kept away from a reality of multiple crises created and amplified by the outgoing leader.

For the defeated leader, Trumpism implies an option for the future to “save America” from the “communist” danger, now represented by Joe Biden’s government. And this delusion seems to be more important than protecting the population from the pandemic, ending violence, deep inequality and reviving the economy.