Migratory flows are becoming larger and more frequent. In South America, the countries whose citizens have migrated most are Peru, Colombia, and, in recent years, Venezuela. Guatemala, Honduras, El Salvador, and Mexico are the countries in North and Central America with the largest migrant populations. In most cases, these people leave in search of better living conditions and, in doing so, lose their political rights in their countries of origin. Faced with this reality, several States have developed legislative initiatives to address this problem.

Although electoral authorities in the hemisphere have been professionalizing since the democratic recovery of the 1980s, with the so-called third wave of democratization, it was not until the beginning of the first decade of the 21st century that the Global Commission on Security, Elections and Democracy established the notion of Electoral Integrity. This concept involves the need to strengthen the rule of law, human rights, and electoral justice, create norms that facilitate multiparty competition and alternation, and establish effective instances of control of political financing.

On the other hand, a crucial point related to voting abroad is that governments should promote inclusive initiatives to eliminate visible and invisible legal and political barriers to political participation. A democratic State must expand rights, not reduce or eliminate them.

A democratic State cannot fall into an act of double exclusion where, on the one hand, citizens are expelled due to a lack of opportunities and, on the other hand, their citizenship status is taken away by denying them their political rights to exercise their right to vote because they migrate.

Voting abroad for emigrants is currently an international norm and is permitted in 121 countries. In Latin America, sixteen countries allow this practice. Colombia, a pioneer in overseas voting, expanded its electoral policies in 1961 and since 1991 has also had an international electoral constituency. Chile, on the other hand, was the last Latin American nation to adopt it in November 2017.

Side comment: how can we imagine the free elections that will someday come to Cuba, Venezuela, and Nicaragua, without an effective response from the electoral authority to the reality marked by the millions of voters who had to flee those countries due to social and political reasons?

Two modalities have been implemented for the casting of votes from abroad: on-site and remote; each one with its own challenges and risks. The on-site modality requires a personal appearance of the voter in a specific space or site enabled by the electoral authority for the casting of the vote. Although in the in-person modality the vote may be cast manually or electronically, the voter must go to the places provided by the electoral authority. If the voter is unable to do so, he/she loses the opportunity to participate in the elections.

The second modality is remote voting, which involves casting the vote through the Internet or by mail. In the case of Internet voting, accessibility and efficiency would be “out of the question” as it offers “greater advantages for both the voter and the authority”. In addition to substantially reducing the costs of distribution of electoral material and logistics.

In 2017, Estonia recorded an unprecedented increase in the participation levels of its citizens abroad thanks to the inclusion of online voting. That year, 44% of the electorate voted online from 145 countries. At the conclusion of the polls, electoral authorities determined that overall turnout grew by 40 % over the 2015 elections thanks to the adoption of Internet voting, placing the small Baltic nation as a pioneer in electoral automation.

Both Mexico (2021) and Panama (2019) currently have a mixed system of voting abroad, combining the possibilities of casting the vote in person, by post, or completely through the Internet. This last option allowed the Panamanian vote abroad to increase by 52% in the 2019 elections. While in the last elections, Mexicans were able to vote even for the governorships of Baja California Sur, Guerrero, Querétaro, and seven other states. In Mexico City, they elected the Migrant Deputy.

In short, Internet e-voting applied in this area fulfills a rights-repairing function and offers accessible and inexpensive solutions to guarantee and respect access to political, electoral, and civil rights of the migrant population. 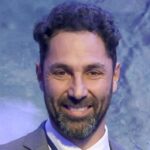