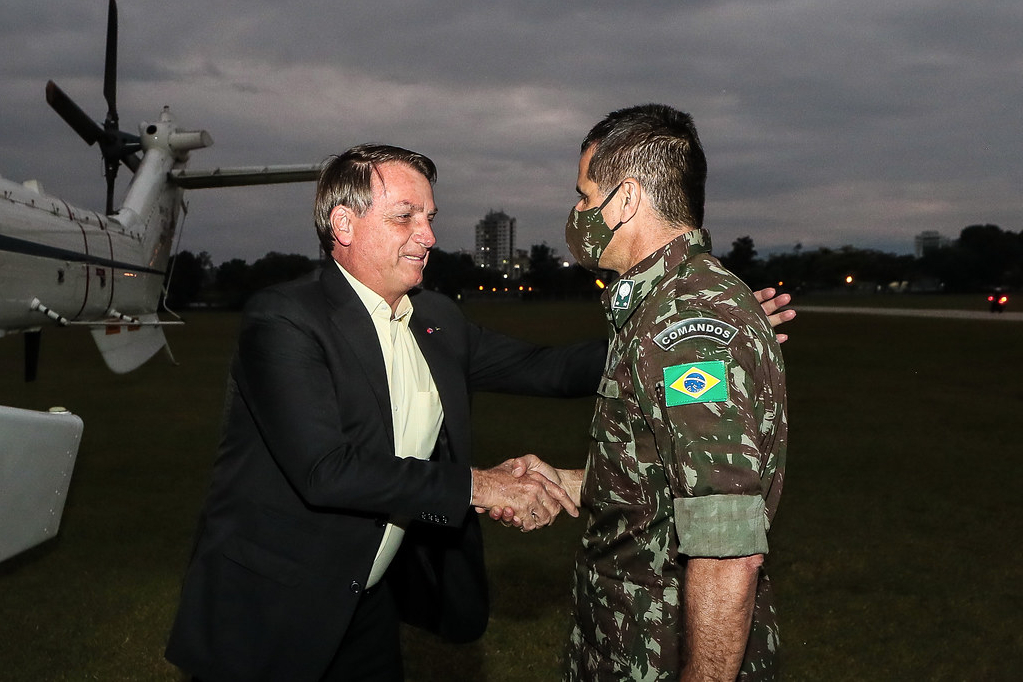 Since the beginning of his public performance, Jair Bolsonaro has been committing serial crimes. In recent weeks, due to the lack of control of the Covid-19 pandemic (with the death of patients due to lack of oxygen in Amazonas, Pará and Rondônia) and the lack of planning for acquisition and distribution of vaccines, his impeachment has been increasingly discussed. The question to ask is: what is missing to condemn Bolsonaro? More specifically: what keeps him in power?

When it comes to impeachment, this question acquires more irony, because it refers to its most recent use: the impeachment of Dilma Rousseff in 2016. The question could be reformulated once again: if Dilma fell without proven “crimes of liability” (an “institutional coup”), what keeps Bolsonaro in power despite his high crimes and misdemeanors?

There was a legal basis for the conviction and political disqualification of Bolsonaro long before he occupied the presidency. To list a few examples, Bolsonaro was expelled from the Army for insubordination and allegedly planned terrorist attacks. He later supported his entire parliamentary career in defense of militiamen, in support of the civil-military dictatorship, in attacks on minorities, and in proposals for the extermination of the left. He proposed the shooting of President Fernando Henrique Cardoso. He stated that he would not rape a fellow parliamentarian “because she is very ugly.”

In the 2018 presidential campaign, he promised exile, imprisonment or death to anyone who opposed his government. Since then, he has been trying to equip institutions to threaten critical sectors and protect himself (and his relatives) from corruption investigations. He has supported a policy of dismantling Brazilian science and education, of persecution of minorities, of fomenting the systematic destruction of the Pantanal and the Amazon.

Since the Covid-19 pandemic, Bolsonaro has raised his policy of death to new levels. He has been doing everything in his power to deny the seriousness of the disease; to delegitimize social distancing, the use of masks, and the prohibition of gathering in crowds (the only ways to reduce the spread of the virus); and to demoralize vaccines. It is important to make clear that this is not just “omission” or “logistical disorganization”: there has been a deliberate policy that has caused thousands of deaths that could have been avoided by another government.

The Ministry of Health has been dismantled, and is now occupied by military personnel without any experience in the field. Certainly, they are the only ones willing to implement the Bolsonarist “early treatment” proposals, which had been recommended a few days ago by the Ministry. In practice, it is about pressure to use of drugs without effects against the coronavirus. Bolsonaro and his Minister of Health dismantled any possibility of coordinated action against the pandemic, as well as the development and purchase of vaccines with planning and anticipation.

There are still those bothered by the use of the concept of  “genocide” to characterize the Bolsonarist policy in relation to the pandemic. “Genocide” implies the extermination of specific social groups – for political, ethno-racial, or religious motivations. The government seems to be bothered by the advance of this narrative, which can be demonstrated by the open inquiry against Marcelo Feller at the request of the Minister of Justice. The “high crime” under investigation is the accusation made to the president of “political genocide” in the confrontation of Covid-19, and is based on the National Security Law (an instrument of the dictatorship in disuse until the inauguration of Bolsonaro), which characterizes criticism of the president of the Republic as “slander and defamation.”

The policy that we are analyzing here evidently kills proportionally the most impoverished, black people and indigenous people. But let’s concede that the intention is not to eliminate some specific group. How about if we call it “killing”? Mass murder”? Of “necropolitics” (politics of death)? In a recent survey (20/01/2021) by the Centro de Pesquisas e Estudos de Direito Sanitário (CEPEDISA) of the Faculdade de Saúde Pública da Universidade de São Paulo (USP) and Conectas Direitos Humanos, it was found that there was “an institutional strategy to spread the virus, promoted by the Brazilian government under the leadership of the Presidency of the Republic.”

The daily Folha de São Paulo (21/01/2021) listed at least 23 possible high crimes and misdemeanors committed by Bolsonaro since the beginning of his term. Epidemiologist Pedro Hallal published an article in The Lancet (22/01/2021) listing events of discrediting science and attacks on Brazilian researchers made by Bolsonaro and his supporters. For him, the consequences led the country to occupy the second position in the world in the number of deaths by Covid-19 and the third in registered cases. And he said: “as a scientist, I tend not to believe in coincidences”.

Let’s return to the initial question: what keeps Bolsonaro in power? We can point out at least three factors for his continued time in office. The first is his weakened but still considerable social base. According to surveys conducted in the past few days, this support is in decline, something around 30%. In particular, part of the economic elites still support Bolsonaro: they continue hoping that he will act as guarantor of some other saving “reform” (of the dismantling of some more social rights). In any case, the support of almost a third of the population for Bolsonaro says something about the average Brazilian and the authoritarian, slave-owning, patriarchal and colonial heritage of the country. It also says something about the institutional collapse produced by Operation Car Crash and the institutional coup of 2016.

The second factor is the lack of massive demonstrations. These are surely essential for sustaining a process of political judgment, as noted by political scientists specialized in studying “presidential falls.” Here we have an equation that is difficult to solve. Ways must be found to prevent the spread of the pandemic, and at the same time do more than panel discussions, motorcade rallies and signing petitions.

Let us finally move on to the third (and most important) factor: who owns the weapons. In addition to the support of the Military Police and criminal militias, the Armed Forces have been failing to fulfill their constitutional role by joining Bolsonaro, with the occupation of ministries and positions at all levels of the administration. As much as it is said that the Bolsonarismo is strong in the troops and in the lower ranks, but not in the leadership of the Armed Forces, the fact is that they are acting as guarantors of its policy of death. It’s not only about reserve officers acting in the front line of confraternity, but also about the active one.

Thus, the Armed Forces have been associating themselves with the crimes committed by the government. Even if there is no impeachment, even if the Brazilian judiciary is unable to convict Bolsonaro in the future, some of these crimes are unspeakable (against humanity). This implies the possibility of condemnation at any time by international courts, and of imprisonment outside the national territory. This may extend to some of its allies, including those in uniform.