Fernando is a migrant child abandoned in Colombia. He is five years old and has been under the care of the Colombian government for two years. During this time, it has not been possible to find his family, and it is not known if they are able or willing to take him back. The entity responsible for the care of children and adolescents estimates that, in Colombia, 1,200 migrant children are in this same situation. And like Fernando, there are abandoned children on the U.S.-Mexico border, in Europe and in many other countries.

What is the most appropriate response to Fernando’s situation and that of thousands of other migrant children and adolescents who are abandoned by their parents or caregivers in the transit and destination states of their migratory journey?

This is a situation that requires an urgent solution because an excessively slow, partial or wrong response will further impact the lives of thousands of abandoned children.

How to remedy the lack of documentation of these children? How to search for their parents or relatives, especially in highly vulnerable contexts, such as the conditions in which these minors and their families migrate and live? How to contribute to their life project and their right to have a family without undermining their voice?

So far in 2022, some countries have advanced possible answers to find stable and lasting solutions for migrant children and adolescents abandoned in their territories. Spain has taken important steps towards removing the remaining obstacles to expeditious access to regular migration status for abandoned children in the care of child protection services, and for young people between 18 and 23 years of age, so that they do not reach the age of majority in an irregular migration situation.

On the other hand, as of May 2022, the U.S. Citizenship and Immigration Services (USCIS) has modified the requirements for access to Special Immigrant Juvenile status. This status can now be obtained, among others, by migrant minors under 21 years of age who have been abandoned, when a state juvenile court has determined that returning to their country is not in their best interests. While this modification does not resolve many of the difficulties these children face when they enter the national care system, it is a step towards permanent residency.

What has been Colombia’s response?

A few weeks ago, the Colombian Constitutional Court ruled on a case very similar to Fernando’s case. Although the full text of the ruling is not yet public, which makes it difficult to pronounce on the merits of the decision, it is certain that, for better or worse, it designs a possible way forward where the current regulations did not provide an adequate response, leaving the authorities responsible for the care of abandoned migrant children restrained.

In the case of an abandoned minor, whether foreign or national, it is clear that the first step is to search for his or her parents, extended family or an adult who can take care of him or her. The objective of this search is to reintegrate the child into the family environment, which is the most desirable solution, as long as the family can take care of the minor, guarantee his or her rights and is located in a country to which the child can be returned.

Now, in the case of Colombia and the children of Venezuelan nationality in particular, the search for the family is a particularly complex task for the authorities due to the lack of diplomatic relations between Venezuela and Colombia since February 2019. This situation prevents the Colombian authority in charge of the care of these minors from being able to communicate and rely on its counterpart in Venezuela in order to find the child’s parents and family. Although attempts have been made to find alternative ways, these mechanisms have not yielded the expected results and their scope is still limited.

Thus, given the impossibility of returning the child to his or her family, an abandoned migrant child is condemned to live under the care of the Colombian state until he or she reaches the age of majority. This is so because adoption, which is the other possible path for these minors, was not a possibility, since foreign children cannot be given up for adoption by the Colombian authorities.

This is where the Colombian Constitutional Court ruling of May 2022 can make a difference. In this decision, the Court orders the Ministry of Foreign Affairs to grant Colombian nationality to a five-year-old Venezuelan minor, who has been in the care of the Colombian State for more than two years, without having been able to locate his family.

The authorities must also evaluate the measure of adoption as a last alternative in his case, a solution that would now be viable in the case of a Colombian child. By order of the same Court, this decision will cover all children who are migrants of Venezuelan origin, in an irregular migratory situation and abandoned who have been in Colombia for at least one year, until there is a law or regulation on the matter or the “institutional block” is maintained, in the words of the Court.

A few days before the Constitutional Court’s decision, the National Government filed a bill seeking to grant Colombian nationality to all migrant minors under the care of the State and for whom family reintegration is not possible. Although much can happen until the eventual approval of this bill – which is presented to a recently renewed Congress of the Republic and on the eve of a change of Government – it is likely that the three branches of power will be involved in providing a response to migrant children and adolescents abandoned in Colombia.

It is too early to say whether the State’s responses are the most suitable. But, what these recent actions show is that, in the face of the situation of abandoned migrant children, there can be no silence. Neither in Colombia nor in any other country. 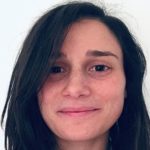 Assistant professor at the Law School of the Universidad de los Andes (Bogotá) and the Legal Clinic for Migrants, member of the Center for Migration Studies and the research group on Law, Migration and Social Action of the same University.