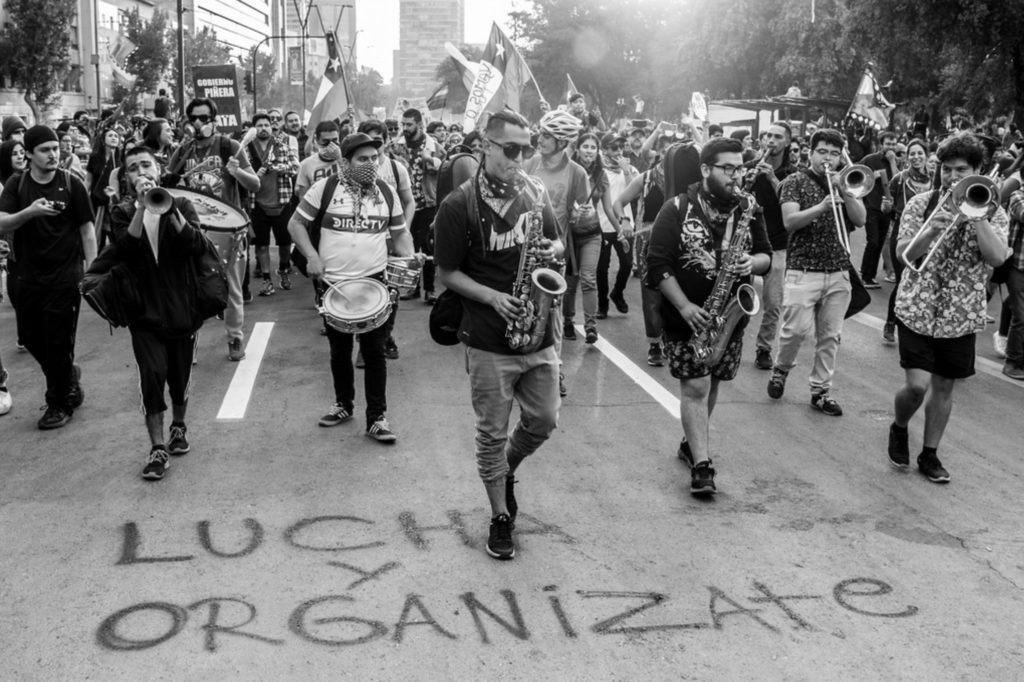 Towards the end of 2019, the Chilean youth took to the streets for several days and vehemently stood their ground, despite heavy repression by the carabineros. In different countries of the region, social protests were intensifying, which despite being framed in specific demands, shared a deep discontent with the order of things. Most of them were driven by non-traditional social sectors: young people from popular and middle-class urban sectors in Chile, or the indigenous movement in Ecuador.

In Chile, the reason for the demands was the weariness with the unjust economic system maintained since Pinochetism and with a societal model structured around the marketization of all social welfare. In Ecuador, the protest was articulated against the austerity plan of Lenin Moreno’s government as precondition to a credit negotiation with the International Monetary Fund (IMF).

These two protests were not the only ones. In Peru there were protests against a political system, especially the legislature, which is corrupt, with mutual vetoes and at the service of the interests of the political class. In Argentina, organizations of unemployed and precarious workers protested against the Macri government for the worsening of their already unfavorable economic situation. Conflicts also arose in Colombia as a result of the Peace Accords, and in Bolivia due to the failed electoral process and the departure of Evo Morales from the country.

The weariness of Latin American society

Beyond the differences, what is certain is that all these conflicts had common characteristics. From protests against the status quo or rejection of very unequal social matrices, to hatred of the business dealings and enrichment of the elites, and their isolation from society. The demonstrators also had certain common characteristics: young people belonging to middle and popular sectors excluded from the formal economy and subject to continuous repression by the security forces.

Beyond the cyclical and structural problems in the region -economic crisis, unemployment, informality, poverty, exclusion- the different conflicts appealed to all these issues, but did not dwell on any of them. It all boiled down to a manifestation of weariness with the functioning of social life. The problem was the system as it was instituted. Not one of its parts but the whole.

The health isolation resulting from the pandemic put the reasons for social protest in parentheses, but did not suffocate them.  Despite the fact that Western rationality leads us to always have definite deadlines, the pandemic continues and we do not know how it will continue. This lack of certainty has meant that, even though Covid-19 has not been extinguished, people have taken to the streets again.

Protests have picked up where they left off and, since the end of 2020, cities and public spaces in several countries in the region have once again staged the expression of discontent. Expression covered with high doses of anger, hatred and, therefore, violence. With this new emergence of social protest, repression and death also flourish. As an example, the recent murder of the juggler in Chile.

Discontent that not even the pandemic has been able to overshadow

Throughout 2019 there were some events related to previous protests that operated as buffers to the disruptive and anti-systemic potential of collective action. Events that emerged as a response to the conflicts prior to the pandemic.

In Ecuador, the October 2019 protest implied the reversal of Lenin Moreno’s austerity program and the imminence of the February 2021 elections generated a real expectation of political change. In Argentina, the pandemic began with the return of a Peronist government and the expectations for change, added to a call for “social patience” because of the public health context.

In Peru, the change of government promoted by Congress triggered the violent rejection of part of the citizenry, to the point of provoking the resignation of the president appointed by the parliament. The success of the protest, like in an arm wrestling with parliamentary power, and the more consensual nomination of a new president, calmed tempers. And in Bolivia, the overwhelming triumph of MAS overturned any movement of the most reactionary sectors and awakened expectations of change in the country, symbolized by the return of Evo Morales from exile.

The political panorama of the region, convulsed by strong and violent protests before the pandemic, seems to have recovered a certain calm due to the outbreak of the coronavirus crisis. However, if we understand the mobilizations as a rejection of the social structures and results of the current economic and political institutions, it is difficult to believe that protests won’t repeat themselves.

The events that calmed the waters will not be enough to guarantee order if the economic and institutional framework that reproduces societies with strong pockets of poverty and exclusion is not modified. Will conflicts re-emerge after the pandemic?