On February 21, 2022, after a long wait, the Constitutional Court of Colombia issued an extraordinary relevant ruling in the fight for the decriminalization of voluntary termination of pregnancy (VTP). Not only for the local Colombian context but also for the Region. Thus, through sentence C-055 of 2022, the Court ruled that there is no crime of abortion when the VTP occurs before the 24th week of pregnancy. Although the full text of the judicial decision is not yet known, the press release that exposes the central arguments that motivated this decision is public.

What did the Colombian Constitutional Court decide?

In this case, the Court studied the lawsuit filed by the Causa Justa por el Aborto (Just Cause for Abortion) movement, through which they requested the elimination of the crime of abortion from the Penal Code. That it should no longer be a crime for women (and pregnant women) to have an abortion. Although this was not exactly the sense of the ruling, since the crime was not removed from the criminal law, the Court did establish that “[…] no crime is committed when the conduct [abortion] is performed before the 24th week of gestation […]”.

It is opportune to mention that this limit does not apply when the abortion is performed under the 3 assumptions decriminalized by the Constitutional Court since 2006 (Decision C-355 of 2006), when: (i) the pregnancy represents a risk to the life or health of the woman; (ii) there is a serious malformation of the fetus or (iii) the pregnancy results from rape. Finally, the Court urged Congress and the National Government “to formulate and implement a comprehensive public policy on the matter”.

In its most recent decision (2022), the Court made it clear that the crime of abortion does not recognize the right to equality for women in vulnerable situations, including migrant women in irregular migratory situations. It is very significant that the Court has declared the existence of this violation of the right to equality because it contributes to the protection of the sexual and reproductive rights of women in Colombia, including migrants, regardless of their migratory status.

It is also noteworthy that migrant women were explicitly named in the decision. This is so, not only because they are recognized as rights holders, but also considering that the Colombian migratory context of recent years is a determining factor to adopt this decision.

What are the particularities of migrant women?

The incorporation of the situation of the most vulnerable women in Colombia in the study and decision of this case, not only nationals but also foreigners, recognizes and makes visible a reality that cannot be hidden under the table. That is, women have abortions, despite the multiple barriers they have to overcome, including criminalization, imprisonment, and stigmatization.

In the case of migrant women, they do not renounce the practice of abortion because they are foreigners or even because they are in an irregular migratory situation in Colombia. Unlike national women, migrant women face additional dissuasive fears that they have to deal with. This is the risk, always latent, of being subject to a migratory sanction such as deportation or expulsion, anguish inherent to the migratory experience, which is even more profound when women are in an irregular migratory situation.

As stated by the Legal Clinic for Migrants and the Center for Migration Studies (CEM) of the Universidad de los Andes in the citizen intervention submitted to the Constitutional Court, “[what] may begin as a request for a health service, may end up alerting different authorities, judicial and administrative, and may initiate criminal and administrative proceedings against migrant women and girls who access to the voluntary termination of pregnancy (VTP)”.

Both the criminal and administrative migratory processes have a negative impact on the lives of migrant women, who may end up being punished due to the enormous stigma attached to abortion. The concurrence of poverty and irregular migration status deepens women’s vulnerability. They are exposed to clandestine and unsafe abortion procedures, putting their lives, health, and integrity at risk.

Why is this ruling important for migrant women?

This decision is an incentive for all women, including those who have had to migrate, often in adverse and precarious conditions, for their lives and migratory journeys. Also, it must be said, the fact that a decision of Colombia’s highest Constitutional Court names these women, welcomes and incorporates their situation, so often marginal and invisible, is of enormous symbolic value.

This symbolic effect of naming them gives a voice to migrant women and recognizes them as individuals of rights. Welcoming and collecting the experience of migrant women who access abortion also enlivens and stimulates those of us who are dedicated to defending the rights of these people. Therefore, I welcome this decision and trust that it will be a useful instrument for the defense of the rights of migrant and refugee women, including the right to access safe and legal abortion in Colombia.

Today, this recognition in Colombia sends clear and important signals to the legal systems of Latin American countries, through whose territories migrant girls, young women, and women move and live. If they require it, they must be able to access abortion in safe conditions and free from stigmatization, violence, and threats. 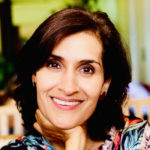 Lawyer, PhD. and associate professor at the Law School of the Universidad de los Andes (Bogotá), Colombia. Director of the Center for Migration Studies (CEM) and co-founder of the Legal Clinic for Migrants at the same university.