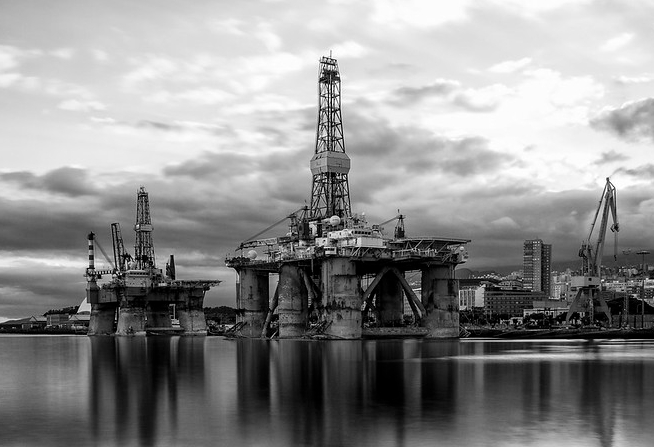 The scientific community has raised the need to reduce greenhouse gas (GHG) emissions and prevent further accumulation of gases in the atmosphere. How do you resolve the situation? Who should lead the transition process?

At first, most initiatives focused on markets by designing incentive mechanisms and pricing carbon emissions to stimulate the search for renewable sources. Regardless of their intentions and the mechanisms put in place, emissions continued to grow. The oil industry continued to expand, bringing the planet closer to the edge.

Something should be done, and immediately. The scientific community proposed both a change in approach and the idea of keeping reserves in the subsoil. It is therefore essential to limit oil exploration and exploitation and to associate it with a “carbon budget.” That is, a certain amount that a country, sector or city is permitted to emit GHGs over a period of time without jeopardizing the attainment of the 1.5°C or 2°C target.

At the global level, we are talking about a carbon stock of 460 gtC02, which is the remainder of the budget if the objective is to keep the temperature increase below 1.5°C. At the current rate of annual emissions (flow: 41.5 gtC02), this budget will be exhausted in about 11 years. Hence the urgency as the consequences would otherwise be irreversible. This raises the need for a State to foresee the limits, to stimulate the transition.

For a long time, global leaders have ignored the scientific community’s demands, deaf to the young people’s call for action. But the risks generated by global warming are palpable. This explains the behavior of insurance companies, which have hastily decided to abandon the “carbon boat”.

Investors are also reacting by pressuring oil companies to implement conversion plans so that their assets (shares) are not affected by the “carbon bubble”. This bubble is associated with the idea of stranded assets and is the financial side of the risk described above. The closer we get to the budget limit, the greater the shareholders’ interest in abandoning their position in the industry, as reflected in an accelerated sale of shares.

Few believed in the weight of activism in 2011, when the call for divestment on U.S. college campuses was first heard. The idea of “leaving reserves in the ground” was utopian, almost impossible. Nor was the economic equation auspicious for renewables, forcing the state to provide generous subsidies to the sector to make it competitive with fossil fuels. Moreover, the oil companies were legally “shielded”, regardless of the origin of the demand since the judiciary always ruled in their favor.

Everything is changing rapidly. Activism has spread among investors, and renewable equipment is becoming much cheaper. Meanwhile, oil companies are starting to sit in the dock. This is only accelerating the transition that is bringing the industry closer to the financial abyss as investors see their assets devalued.

Last May, the International Energy Agency (IEA) published a report highlighting the need to abandon all projects in order to meet commitments. In order to achieve a steep drop in emissions, exploration and prospecting should be discontinued immediately. Regardless of the motive behind it or the costs that this would create, the publication generated as a shock, a “punch in the jaw” to the oil industry.

In order to move forward with the transformation and ensure compliance with the goals (zero net emissions by 2050), Carbon Tracker highlights the need to make companies’ actions transparent.

But that is not all. On May 26, a Dutch court ruled that Royal Dutch Shell was liable to conviction because its traditional operations (production, distribution, marketing) had worsened the problem of climate change. The court held that non-state actors such as oil companies are also agents responsible for their actions. The conviction obliges the oil company to draw up a more ambitious transition plan and to increase the emissions cuts originally promised. This condemnation may generate a chain reaction of major proportions.

Are the oil companies starting to readjust?

The push for change is also reaching the boards of the other major oil companies. This is evidenced by ExxonMobil’s recent shareholder meeting, where one group ended up imposing a more ambitious compliance plan on the company. While some investors adopt an active attitude, others abstain from participating directly. In turn, day after day more and more investment funds decide to cease financing the oil industry.

Recently, a United Nations report was published that highlights the harmful effects of methane gas emissions in the atmosphere. Unlike carbon dioxide, which lasts for hundreds of years, methane lasts only a short time, approximately a decade. However, it is much more dangerous. According to the Intergovernmental Panel on Climate Change (IPCC), methane’s effect on global warming is 86 times stronger than that generated by CO2. Indeed, methane is considered “carbon on steroids”. Therefore, in order to rapidly reduce global warming, a growing number of experts suggest abandoning gas projects as well.

Step by step, the climate lobby is gaining weight. Not only in the streets, but also in meeting rooms and law offices. All of this should ring alarm bells and worry those who continue to bet on oil exploitation in the region. This entails a tremendous economic challenge, but also a financial risk. It is urgent to rethink which sectors that could generate foreign currency and how to re-insert ourselves in the world.

Ignoring the problem and continuing to sink capital in a sector destined to disappear would only aggravate the crisis that we must inexorably face.

Photo by freakyman at Foter.com