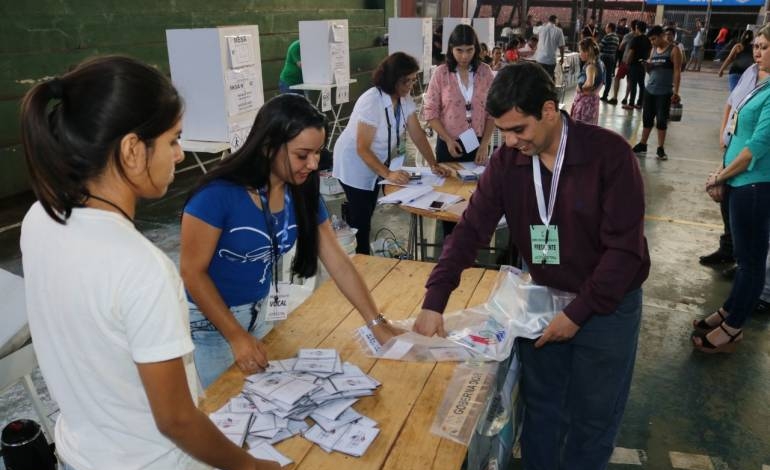 Paraguay will hold general elections in a little more than a year. So, in 2022 the parties will have to define their electoral offer. In this framework, although significant changes are taking place in the region, as in Chile, Honduras, and Costa Rica; Paraguay is likely to opt for continuity as the ruling Colorado Party, the predominant traditional party, seems to be on its way to maintaining the reins of power.

An indicator of its vitality as a political force was the municipal elections of October 2021, in which the Colorado Party won in 161 of the 254 municipal districts, including the Capital, leaving 61 municipalities in the hands of the other traditional party, the Authentic Radical Liberal Party (PLRA), and another 32 in the hands of alliances, movements and smaller parties.

This electoral performance may be repeated if the Colorado Party is capable of navigating its internal affairs with the shrewdness it showed in 2021. The definition of candidates for the 2023 elections is already in full flight. On the one hand, the internal movement Honor Colorado, led by former president, Horacio Cartes, is launching a duo composed of Santiago Peña, former candidate for president in 2018 and former finance minister of his government as a candidate for president, accompanied by Pedro Aliana, current president of the Chamber of Deputies as vice.

It is expected that the internal elections of the Colorado Party will be held in the first half of December 2022 and that, once the differences are overcome, the party will campaign as a block for its candidates. In fact, and in a very pragmatic way, the Colorados use the expression “operation scar” for such purposes. The success of this post-internal operation will depend to a great extent on continuity or alternation.

Efforts to ally and reach an agreement

The panorama outside the ruling party is no longer so clear since it is much more plural and fragmented. The first opposition force would be the PLRA, but there are also a number of small leftist forces, some of them united under the leadership of former president Fernando Lugo of the Frente Guazú. In addition, there is a new right-wing party – Patria Querida – which is growing, and a group of “others”.

Beyond the predominance of the Colorado Party, things are moving in the Paraguayan political arena as evidenced by the multiplicity of actors that presented candidacies in the last municipal elections:  28 parties, 134 political movements, 121 alliances, and 256 electoral alliances presented candidates for mayors and municipal board members. Obviously, one of the great challenges for the non-colorado camp is to articulate a voice that gathers many of these concerns and, at the same time, can also exploit the differences within the Colorado Party.

A very specific element of the Paraguayan electoral system conspires against this desire for political articulation, for the reason that the election of the president and departmental governors are defined in a single round with a relative majority. This aspect forces the actors to decide whether to create alliances before there is a clear measurement of forces, as happens in the two-round system.

This legal challenge is not negligible, both because of the difficulties involved in building coalitions, and because of a more fundamental fact, which is that the Colorado Party, except for a brief interruption in the period 2008 to 2013, has exercised control of the Government since 1947. It is a party strongly embedded in the State apparatus that has pulled the strings of power, including in association with the military in the period of General Stroessner’s dictatorship (1954 – 1989), but also competing in electoral bids since 1989.

Therefore, the Colorado Party is not only strongly rooted in the State, but also in the clientelist structures of carriers, contractors, and suppliers, among other sectors.  In this context, the opposition forces must take into account the inherent bias that favors the Colorado Party in the electoral competition, due to its control of the State apparatus.

The PLRA and the third space

The current challenge within the opposition is to debate the terms of an alliance or agreement. For many, this is the best way, but concerns arise regarding, on the one hand, the programmatic rapprochement of the parties and, on the other hand, greater openness to debate the candidate of the alliance or pact.  In view of this, the PLRA is finding it difficult to define the programmatic aspect and is not showing a greater willingness to accept a candidate that does not come from its own ranks.

The deadline to present alliances or agreements closes in June 2022, so the current discussions cannot continue sine die. If the negotiations between the PLRA and the other forces were unsuccessful, other alternatives could emerge that would leave it out of the game.

On the one hand, a left-wing candidacy such as that of Senator Esperanza Martínez of the Frente Guazú, and on the other hand, a more centrist candidacy, with a “citizen” discourse such as that of Soledad Núñez, former minister of the Cartes’ government but who declares herself independent and seeks a broad programmatic base, could position themselves for the election.  The success of those other options is doubtful, but they can always catch on in the collective imaginary and become an alternative that affects the PLRA more than the Colorado Party.

Another more distant possibility is a negotiation of the so-called “third space” to be built as an alternative to the traditional parties. This should be forged within a programmatic framework in which the left and the center meet and which would benefit from a migration of Colorado, liberal and independent votes, especially from young people, considering that out of an estimated 4.6 million voters, 1.4 million are between 18 and 29 years old.
With so many pieces in motion, it is difficult to make predictions, but for the moment the Colorado Party seems to be the best positioned for the electoral race.