May 29 will be the first round of the presidential elections where the issue of “peace”, which has occupied the attention during the last 24 years in the electoral political debate since the government of Andres Pastrana, is no longer the protagonist. The current campaign is focused on issues such as corruption, tax reform, migration, security, unemployment, or the reform of the pension system. Added to this are the ravages caused by the pandemic, the increase in inflation in March (8.53%) as a consequence of the war in Ukraine, and the more than 21 million Colombians living in poverty. This scenario predicts that the fulfillment of the commitments of the medium-term Peace Agreement (2020-2022) will be a challenge for the government that takes office on August 7, regardless of its political ideology.

Increased prominence of peace despite the pandemic and social protest

Since the arrival of the pandemic, the implementation of the Peace Agreement has slowed down because the National and local governments have devoted greater institutional attention and fiscal effort to meet health demands. In turn, restrictive measures, especially on mobility and social distancing, have hindered the progress of the Development Programs with a Territorial Approach (PDET) and the Commission for the Clarification of Truth, Coexistence and Non-Repetition (CEV).

During the implementation of the agreements, the country has also experienced mobilizations against the policies of the government of Iván Duque, which have had as a central point the demonstrations of the so-called National Strike. Although the main demand of these demonstrations was the withdrawal of the tax reform bill, they also included demands such as free public higher education, effective protection for social leaders, the implementation of the peace agreement and reforms to the health and pension systems.

At the same time, the pandemic has been a favorable context for the strengthening of illegal armed groups due to a reduced presence of the security forces in the territories to deal with the pandemic and the demobilization of the FARC-EP. This allowed criminal groups to accelerate the processes of land appropriation, drug production, generation of illicit income, recruitment of minors and insecurity of former combatants, among other crimes.

Progress of the Peace Agreement

The Kroc Institute is responsible for monitoring and verifying in real-time the 578 provisions of the Agreement through the Peace Accords Matrix (PAM) Barometer Initiative, based on the Implementation Framework Plan (PMI) where the Government establishes three periods for measurement: short (2017-2019), medium (2020-2022) and long term (2023-2031).

The short-term period emphasized the definitive ceasefire, the laying down of arms, the preparation of the institutional design of peace, and the creation of plans and programs, among other issues. It was relatively agile, but with low percentages in rural development, since the pressure exerted by the escalation of illegal groups would mark a complex scenario for the fulfillment of the indicators. On the other hand, the medium-term period coincided with the arrival of the pandemic, the beginning of the local governments’ term, and when the development plans were in their design stage.

In these five years, the Duque administration has focused particularly on the reincorporation of ex-combatants, while transcendental issues such as rural reform, development opportunities in vulnerable communities, transitional justice, political participation, and illicit crop substitution, continue to be postponed. In this context, the most worrisome aspects are the increase in the strength of illegal armed groups with their expansion in territorial control and the violence against former combatants and social leaders, which has left 299 and 1270 dead respectively.

On the other hand, the abandonment of weapons, the creation of the Comunes party, and the seats in Congress representing the victims are noteworthy. According to the Institute for Development and Peace Studies (Indepaz), after the signing of the Peace Agreement, there has been a 95% decrease in the indicators of forced disappearance, summary executions, false positives, kidnapping, and torture. The 12,350 demobilized combatants who are complying with the process are proof of the benefits of resolving conflicts through dialogue.

However, a greater effort is needed to comply with the search requests for persons reported missing, which also has a sub-registry in the consolidation of the total universe due to deficiencies and lack of access to information. The Special Unit for the Search for Persons Deemed as Missing (UBPD) – reports a provisional figure of 98,820 records as of June 2021.

In conclusion, a relevant step in reconciliation is to know the truth of the facts. As of April 1, 2022, according to the Special Jurisdiction for Peace (JEP), a total of 13,381 persons have been subjected, of which 9,825 are from the FARC-EP, 3,393 members of the Public Forces, and 151 State agents. In addition, 12 demonstrators of social protest have been included in this list. This is a significant figure and more and more persons are committing themselves to contribute to the clarification of victimizing events.

Simultaneously with the JEP, the final report to be delivered in June of this year by the Truth Commission (CEV), as an extrajudicial mechanism of solidarity with the victims, will close a chapter of atrocious events in history and pave the way for the necessary reconciliation. 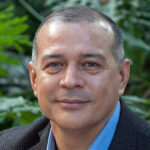 Professor at the Faculty of Political Science and coordinator of the Doctorate in Political and Legal Studies at Universidad Pontificia Bolivariana (Medellin). PhD in Philosophy from the same university. Editor of the journal Analecta Política.