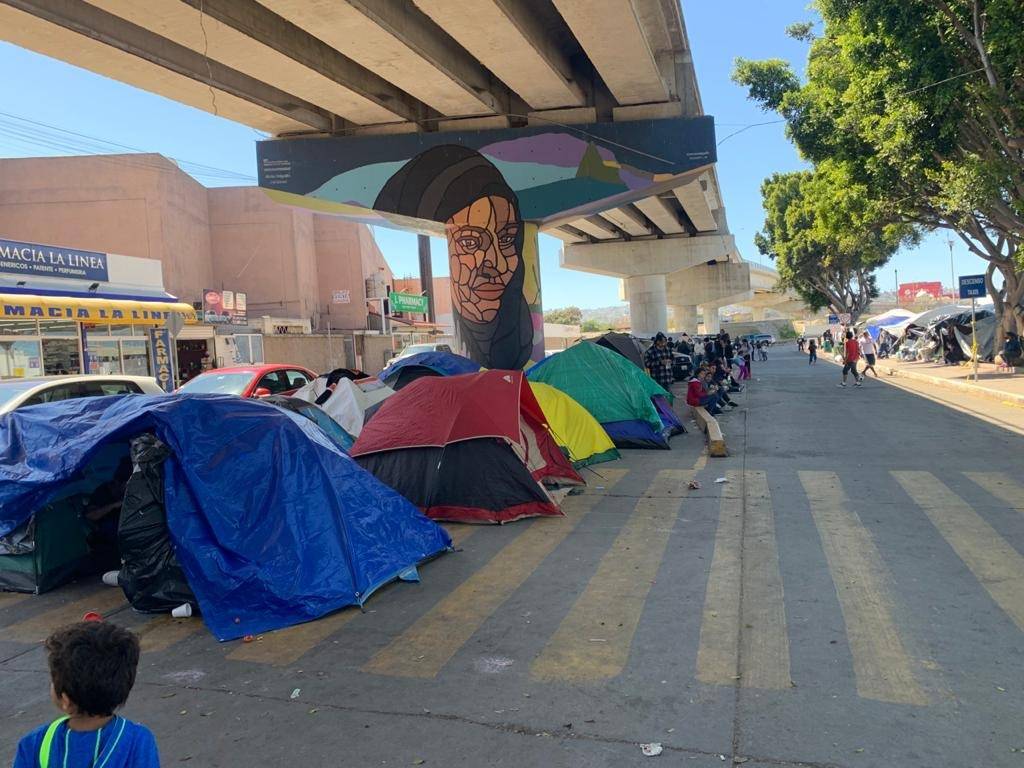 In the first months of 2021 the cold, the rain and the strong winds intertwine with the listless gaze, the tiredness, the camping tents, the religious songs and the bags of the migrants full of illusions that pile up a few meters away from “El Chaparral”. This is the name given to the checkpoint that separates Mexico and the United States, two countries as different as their border cities, Tijuana and San Diego. The inhabitants of this makeshift camp have been driven to make the journey by the lack of opportunities and violence in their home countries. Adults, families and increasingly single children swell the population of some 2,000 people from countries such as El Salvador, Honduras and Guatemala, and to a lesser extent from Haiti, Cuba and Mexico itself.

With Joe Biden’s victory, a new migratory flow began to move northward, attracted by the possible changes in immigration policy.  But it quickly became clear that the Democratic campaign promises would remain promises, especially given the border restrictions in the midst of the pandemic.

Anchored in Tijuana, an enigmatic place that, depending on the point of view, can be where “the homeland begins” or where “Latin America ends”, migrants remain waiting to reach their goal: the “American dream”. A dream that at the moment is a nightmare.

From the migrants’ point of view, the factors that motivate their displacement are very diverse. From political conflicts, economic needs and violence, to the most recent environmental catastrophes, increasingly frequent as a result of climate change.

The United States, however, has a different perspective. Since the terrorist attacks of 2001, immigration policies have been strengthened and have become an instrument of national security. This resulted in increased restrictions on mobility across borders and a criminalization of irregular migration.

During the Trump administration, the situation of migrants, both inside and outside U.S. territory, became even more complicated. Between the construction of a border wall and the cancellation of the DACA (Deferred Action for Childhood Arrivals) program that benefited millions of “dreamers,” immigration policies took an exclusionary turn.

As if this were not enough, in the countries of origin of migrants, “coyotes” abound. These are people who know the migratory route and who profit from people’s needs. Under the cover of the anonymity of social networks, they deceive their future clients by offering them new opportunities, an apparent “safe” crossing or false documents to move freely through Mexican territory. They even offer facilities when it comes to charging for services rendered, which can range from one thousand to five thousand dollars per person, depending on the route, the time, the amenities along the way and the type of crossing.

Many families, encouraged by the false promise of the “American dream” and driven by rumors that unaccompanied minors will not be deported, send their children alone with the illusion of a better future. According to U.S. Customs and Border Protection, there were 29,010 cases of unaccompanied children as of February.

Out of the Myth

The current immigration crisis demonstrates that the change of government in the United States has not meant a substantial transformation in immigration issues. Overcrowding in migrant detention centers has increased despite the new administration’s claims that it would protect migrant children. The number of children detained and deported is alarming.

The current criminalization of migration is protected by the health situation. Migrants arriving in the United States are detained and prosecuted under the Code implemented by Trump which determines that due to the existence of Covid-19 in Mexico and Canada, there is a serious danger of further introduction of the disease into the United States.

According to data from U.S. Customs and Border Protection, from November to February, 317,590 expulsions to the northern states of Mexico and their transfer, by the National Institute of Migration (INM), to shelters belonging to Civil Society organizations that do not have the basic conditions.

The injustices to which migrants are subjected throughout their journeys are innumerable: detentions on both sides of the border, deportations, police violence, extortion, rape and even murder. Therefore, in an act of resilience, migrants have implemented collective defense mechanisms such as moving forward in caravans to protect themselves as a group or forming camps to stay united as they pass through cities such as Tijuana, considered one of the most violent in Mexico.

What will happen to the children detained in U.S. detention centers or those who find themselves alone in Mexican shelters? Faced with this bleak reality, the future of the children, who represent more than 60% of the current migratory flow, is an unknown.

María del Carmen L. Miranda has a Bachelor’s and Master’s degree in International Relations from the Universidad Autónoma Metropolitana (Mexico). She is an independent consultant on migration issues. 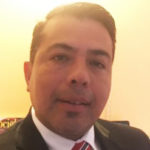