The answer to the current polarization of Brazilian society is only one: more democracy. Brazilian democracy is perhaps, from the institutional point of view, one of the most permeable to social participation. Formally and legally, our Constitution provides for “the participation of society in the processes of formulation, monitoring, control and evaluation” of social policies. In fact, practically all the policies of our social protection system provide for participation through sectoral councils (health, environment, assistance, education, culture, etc.) made up of representatives of the public authorities, the business sector, and civil society.

Despite the difficulties in ensuring effective participation through these councils, the importance of social control for the country’s public policies cannot be denied. The quality and coherence of policies such as the Unified Health System (SUS), the Unified Social Assistance System (SUAS), and the National Environmental System (SISNAMA), to cite a few examples, owe much to participation, whether in their formulation or management.

All this participation, however, does not reach the “higher level” of the Brazilian state, or rather, the bodies that manage public finances and economic policies, such as the Ministry of Planning and Finance, as well as public banks. Supported by a technical reason, supposedly neutral, such bodies are safe from public debate, being governed by a high degree of homogeneity of opinions and interests of a few (rentiers), who defend “austerity” and “fiscal adjustment”.

Since the re-democratization of the country, we have been trapped by an endless fiscal adjustment, which, in spite of facing the imbalance of the public accounts, only reproduces and deepens it, subjecting the Brazilian people to a work that not even Sisyphus could bear. This is because the adjustment has always focused on social “expenses”, to the benefit of the usury operated by the large creditors of the public debt. It is not by chance that the implementation of good policies, built with work and social participation, almost always runs up against “fiscal restraint”.

The political moment Brazil is going through, with the election of a coalition government under the leadership of a center-left party, represents a golden opportunity to open the debate on the economic and fiscal agenda. This would be, without a doubt, an agenda that would allow Lula’s government to escape from political polarization, submitting the economic agenda to democratic control.

With the demoralization of the “spending cap”, it is already anticipated that the third Lula government will need to institute a new fiscal rule. The new government has committed to discussing tax reform, at least as far as income tax is concerned. These agendas must be open to debate, and to the participation of society.

The course of economic and fiscal policy must be subject to public scrutiny. Some may object that these are highly technical and complex matters, which could hardly be the subject of a broader debate in society. Undoubtedly, all public policies, not just economic ones, always involve a certain degree of complexity. Therefore, the argument of technicality to prevent participation in economic affairs is false and misleading.

It is about discussing the orientations of the country’s fiscal and economic policies with due transparency of budgetary and monetary data. The Fiscal Responsibility Law itself provides the “incentive for popular participation during the processes of elaboration and discussion of plans, budget guidelines’ law, and budgets”.

The experiences of “participatory budgeting” developed by municipalities governed by the Workers’ Party (PT) are well known. These experiences represented an important test for the involvement of social participation in public finances, although usually limited to municipalities.

At the federal level, it is necessary to advance in the fiscal and economic guidelines that guide the elaboration of the budget itself. Otherwise, there is a risk of frustrating the expectations of social organizations and movements.

Suffice it to recall that in previous PT governments, there was a process of great participation through the so-called national conferences, aimed at influencing the formulation of the government’s different sectoral policies. This process was often frustrated by the non-implementation of such policies, precisely because of “fiscal limits”.

Lula has said that he intends to resume the agenda of national conferences. It is time to think about such a process to discuss the country’s fiscal and economic agenda with representatives of civil society. Beyond the format and composition of such conferences, it is important to signal to society the end of the shielding of the fiscal and economic debate, monopolized today by the hegemonic financial oligarchies and their spokespersons in academia and the media.

We have to debate whether we want to continue with a deeply regressive tax structure, which penalizes the poorest in favor of the richest. Whether fiscal control will continue to restrict social policies and investments, without setting limits on financial expenditures. Whether we will continue to have the highest real interest rates on the planet. Whether we will make use of public credit to favor productive deconcentration and diversification, or continue on the path of deindustrialization, keeping the country hostage to agro-extractivist commodities.

We need more democracy, projecting social participation at the “higher level” of the state. Perhaps this is one of the main tasks of the Brazilian progressive sectors. Only in this way will we recover, from the hands of a few, the debate and the definition of the directions and objectives of the nation.

At other times, the Unified Worker’s Central (CUT) had already proposed the participation of workers’ representatives in the Monetary Policy Council (COPOM). There was also the experience of the “BNDES Platform”, which brought together, from 2007 to 2011, different organizations and social movements with the aim of democratizing the operational policy of the National Bank for Economic and Social Development (BNDES). This experience helped this public bank to adopt a socio-environmental and transparency policy, albeit a fragile one.

To those who fear the “market reaction” to their own demystification, we would like to remind them that the “king is already naked” and that, if we persist in not exposing his nakedness, his shamelessness will find no limits, as demonstrated by Bolsonarism. The best way to advance democracy, exorcising authoritarian and neo-fascist practices, will be precisely by submitting public finances and the economy to social control. This is the time!

Ciro Torres holds a PhD degree in Political Science from UFF and is a professor at PUC-Rio.

João A. Lins Sucupira is an Economist from UNB, founder of the Popular Budget Forum of Rio de Janeiro and professor at PUC-Rio.

Luiz M. Behnken is an Economist from UFRJ and founder of the Popular Budget Forum of Rio de Janeiro. 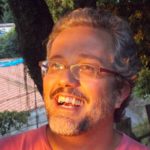