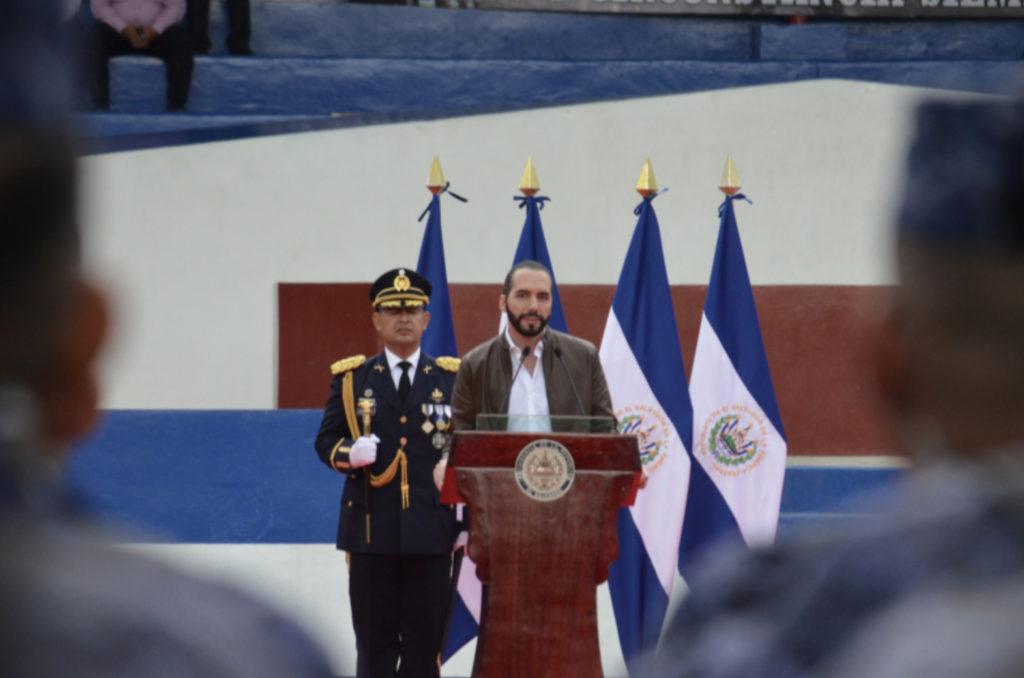 The recent legislative and municipal elections in El Salvador seem to consolidate the end of the bipartisanship prevailing in the country since 1992. The newly born New Ideas party obtained the majority of the mayoralties and an unprecedented parliamentary majority for the young democracy. This result totally rethinks the power scheme and consolidates the leadership of Nayib Bukele, the populist president who replaces press conferences with Facebook Lives and hates dealing with the opposition. After the results, it will be him and his loyal deputies who will legislate the nation for the next three years.

The election was tied to presidential proselytizing as rarely seen in Central America. Slogans such as “we must all mark #NDeNayib”, and even the omnipresence of Bukele in the media inviting people to vote for his party were some of the main proselytizing hallmarks of the electoral campaign. A foreshadowing of his undeniable intentions to control the Salvadoran political system without counterweights.

With the two-thirds of the so-called Blue Room, Bukele will be able to amplify the scope of his influence in a country plagued by poverty, organized crime, migration and government corruption. This supermajority will have far-reaching implications and will affect the historical image of the Legislative Branch, the center of popular disaffection with the traditional political class.

Both the left wing of the Farabundo Marti Front (FMLN) and the right wing of the National Republican Alliance (ARENA) party have been relegated to a parliamentary minority with no maneuvering capacity for the next three years.

What does a two-thirds majority imply?

With this result, Nayib Bukele will have a parliamentary backing that no other Salvadoran president has had since the end of the civil war. This majority in the unicameral Legislative Assembly would allow Nuevas Ideas, Bukele’s party, to pass laws, international treaties, appoint three of the five magistrates of the Supreme Electoral Tribunal, elect without restrictions the Attorney General, the Attorney General and Solicitor for the Defense of Human Rights and approve the budgets, the epicenter of the most bitter political tensions since his first year in office. All this without requiring the support of other benches.

As for a possible and feasible scenario of constitutional reform, although the Constitution itself poses some “stony clauses” such as the territory, the form of government, alternation and the express prohibition to consecutive reelection, since the end of 2020 Bukele himself has referred to his intentions to propose “structural changes” to the Magna Carta. The details are not yet fully known, however, everything suggests that these will be part of the first items on the parliamentary agenda for the new legislature.

From threats to facts

To date, the government plan, the five-year plan, territorial control, education or health are unknown. This suggests that the presidential and parliamentary agenda will probably be the same, thus eliminating any form of autonomy and parliamentary control over the governmental exercise. This situation only has the national precedent of the Christian Democratic Party (PDC) of Napoleón Duarte in 1985, or in the current Nicaragua of Daniel Ortega or Venezuela of Nicolás Maduro.

The fact of dispensing with any political agreement also raises fears that the threats to his adversaries will become a matter of fact. Since coming to power, Nayib Bukele has made all sorts of accusations and attacks on his rivals, initially in the form of tweets and televised statements. However, last year’s military and police incursion into the Blue Room to pressure parliamentary approval of the defense budget overstepped all democratic bounds. This raid, in addition to recalling old images of political violence and increasing hostility, made it clear that it only recognizes political actions that align with its ruling.

Despite his questionable methods against organized crime, nepotism in public administration, threats to the independent press and abuses to force social distancing measures on his citizens, none of this seemed to discourage his growing electorate. In fact, according to different studies, since 2016 the citizenry has maintained a sustained negative opinion of democracy and with open preferences to the establishment of a non-democratic regime, as revealed by Latinobarómetro studies. This is due to the weariness with a political sphere mostly implicated in corruption cases, where with the exception of former president Sanchez Ceren, the three previous presidents have been implicated in judicial processes.

In short, we are seeing a nation conferring -democratically- the keys to its destiny to a populist leader who for the next three years will be exempted from any restraint and without democratic control of his mandate. This new parliamentary majority leaves the country without deliberative autonomy, plurality, nor contestation to Nayib Bukele, the new legislative president of Central America.