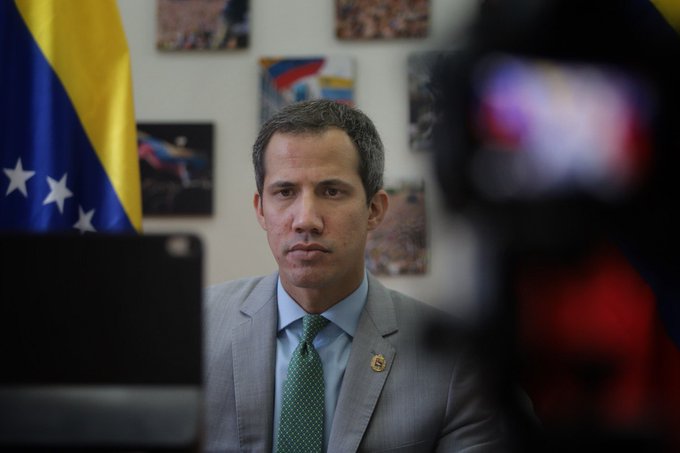 Almost four years after that popular proclamation in which Congressman Juan Guaidó was sworn in as president of Venezuela (in disregard of the legality of the 2016 presidential election), the so-called ‘Interim Government’ of Venezuela has come to an end with more sorrow than glory. An unprecedented political maneuver that sought to constitute itself as a unitary instance that would lead to the “cessation of the usurpation, a transitional government, and free elections” that never came. In contrast to those renewed expectations of political change, there is a feeling of frustration, division, and uncertainty prevailing in all segments of the Venezuelan opposition.

In the last days of December 2022, in the midst of extensive and heated parliamentary deliberations, the immediate fate of the interim presidency was sealed. Two factions of the National Assembly, in office since 2015, put forward divergent proposals to reform the statute governing the “transition to democracy”, which has been in force since January 2019, and which, among other operating guidelines, stipulates a duration of the interim of four years. That is, until January 5, 2023.

The proposal that obtained the majority of votes (63%) was that of the opposition parties Acción Democrática, Un Nuevo Tiempo, Primero Justicia and Movimiento por Venezuela. This proposal recommends the end of the interim Government led by Juan Guaidó. The debates, in turn, evidenced once again the mutual distrust, fragmentation, and deep internal lack of coordination of an interim Government, which, for 2019 and 2020, managed to gather the most important national and international political capital achieved by the opposition in recent history.

Juan Guaidó and his party Voluntad Popular sought the extension of the interim Government’s mandate and, consequently, that of its “presidency” for one more year. However, the questioning of his political performance is not only coming from Chavism, but also from the opposition itself. These criticisms range from the precarious capacity to generate consensus and the administrative disorder, to the opacity and corruption in managing Venezuelan assets seized abroad.

However, the main reason for the loss of support is the inability demonstrated by the interim government to become the main instrument of cohesion and preservation of the “democratic unity” that the political forces resisting the dictatorship of Nicolás Maduro have been demanding for years.

The unwillingness to be accountable, the inability to promote inclusive agreements, and erratic strategic leadership in the forms of resistance to the dictatorship were undermining, over the years, the legitimacy of the interim. To this has been added the aggravating factor of a changing global and regional context, radically opposed to the one that existed in January 2019.

The little attention to the persistent and complex “humanitarian crisis” aggravated by the effects of the COVID-19 pandemic and the demographic hollowing out of the country, has been added to a global context also marked by an energy crisis, due to the invasion of Ukraine, a global economy starved of oil.

In addition, the new shift to the left in much of the region has meant that the Venezuela issue has ceased to occupy diplomatic priorities in the hemisphere. This has had an impact on the international support for the interim government itself, which contrasts with the diplomatic recognition received in 2019 by more than sixty countries, as well as by international organizations such as the OAS and even the United Nations.

However, despite all these adversities, it is fair to recognize that the interim government accomplished important achievements in the international visibility of the dictatorial nature of Maduro’s government, the international freezing of assets, as a consequence of corruption, as well as the support of its ambassadors in the promotion of documentary relief and humanitarian attention to the forced migration of Venezuelans.

Likewise, the articulation of several delegations that have promoted several rounds of negotiations with Chavism, among which the recent meetings in Mexico stand out, in which the creation of a “social protection agreement” has been achieved, which could channel humanitarian aid to the country with the management of the United Nations and the mediation of the international community. These achievements remain in total uncertainty for the year 2023, once the interim government’s existence comes to an end.

In short, with the change of the year, the country faces a new scenario of uncertainty, circumstances totally unavoidable, mainly, due to the way the interim Government ends without having been able to unite politically and indicate candidates for elections that Chavism could bring forward again for 2023. Even more so, knowing the implosion of the interim government and in view of the atmosphere of crossed accusations prevailing today in the Venezuelan opposition.

In the meantime, the humanitarian emergency, the devaluation of the bolivar, and the economic stagnation that haunts the most humble continue, and drive a massive outflow of Venezuelans who are forced to emigrate in search of a place in the world where to prosper.