In Guatemala’s 2015 and 2019 presidential elections, a series of irregularities overshadowed the electoral process. The Organization of American States (OAS) warned in Electoral Observation reports regarding the opportunities this country faced about the 2023 electoral process. Next June the Guatemalan people will once again go to the ballot boxes to elect the next president and vice president, 160 deputies to Congress, 340 mayors and 20 deputies to the Central American Parliament.

More than 130,000 people will participate on election day in the reception and counting of ballot papers. In Guatemala, the Constitution establishes that after the general elections are held, in the event that there is not an absolute majority in the presidential election, a second round must be called, and should be held between 45 and 60 days after the first round. This will be a great opportunity for Guatemala to regain confidence in the electoral process.

In 2019, this process was overshadowed in the first round, due to the high degree of political polarization, fueled by disinformation processes and the lack of results that raised doubts about the credibility of the elections. In this context, the OAS detected deficiencies in the computer systems for the transmission of results, and recommended, among other things, to rethink the pattern of the transmission of preliminary results, using technologies that shield the security of the results; to centralize the process of typing the tally sheets and that these have character identifiers to optimize time in order to provide rapid information to the public and that the progress of the results can be observed in real time.

In the interest of achieving these objectives, simulations should be carried out to allow the possible attention to contingencies and to have external entities to the Supreme Electoral Tribunal (TSE) that can evaluate the development of the systems.

The transmission of data and the complications that occurred with the IT system in the first electoral round undermined the trust in the electoral process and put the credibility of the electoral body at risk. Authorities from the Public Prosecutor’s Office even had to resort to an inspection of the Supreme Electoral Tribunal’s IT department. Indeed, due to the failures of the computer application, it was necessary to turn to the manual count of the tally sheets. This delayed the publication of results in different districts.

Even, the Prosecutor’s Office which deals with issues related to possible electoral felonies arrested two former authorities of the TSE who were accused of felonies for the destruction of computer records and breach of duties.

What are the pending tasks?

Political parties should be aware of the deficiencies that occurred mainly in the first round of the June 2019 elections. While there were improvements for the elections in the second round, now the willingness of each of the political actors is needed to ensure that the electoral authority can do its job. The observance of the political forces strengthens the electoral system and provides certainty to the electoral process.

On its part, the electoral authority has a great opportunity. It is important that it complies with the recommendations of international organizations. It must guarantee that the counting of the ballot papers made by the citizens in the polling stations can be transmitted in real time by the citizens themselves, using agile and reliable technologies of recognition, transmission, digitization, and digitalization. This process should be bulletproofed from malicious interests that would only contribute to a climate of anxiety around the renewal of powers in Guatemala.

External and international participation must be a guarantor in the observation of the stages of the electoral process. Already in 2019 there was civic accompaniment to the electoral process, in which deficiencies could be identified. Therefore, it is essential that the Guatemalan electoral authority generates inputs that guarantee certainty regarding the results. It should also provide fast and fluid information and seek mechanisms that allow giving governability to the country, in the midst of an election that promises high levels of competition.

The Supreme Electoral Tribunal of Guatemala has now the historic opportunity to offer the Guatemalan people the peace of mind that their votes will be counted with absolute transparency. They will be counted in full view of everyone and with the conformity of the electoral prosecutors, in a reliable process that provides certainty, broad consensus and viability for the future of Guatemala. Fortunately, the ghost of fraud will not haunt the June’s elections. The TSE has been clear in its determinations, which translates into a return to citizen confidence, on the way to a clean and smooth process.

The use of technologies applied by the citizens themselves, validated with all the security schemes and in a real time dynamic, in addition to the accompaniment of the international technical audit, will be able to strengthen the process. Citizens, political actors, groups, and society as a whole must give Guatemala this great opportunity. 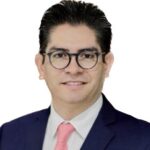