In the 21st century, the environment and climate change have become priorities on the global agenda, but as interest in the ecological crisis grows, so does concern about the alienation of national sovereignty in areas such as the Amazon and the consolidation of a right of ecological interference in those countries that do not protect environmental assets of international importance. For these reasons, it is worth asking: how does environmental policy put Brazil’s sovereignty at risk?

Hans Morgenthau is one of the leading theorists of International Relations. From a Jewish family, he emigrated from Nazi Germany to the United States, where he worked as an academic and organic thinker, contributing to the definition of the directions of American foreign policy and to the establishment of the current of thought that came to be known as Classical Realism. When Morgenthau wrote his major works, climate change debates did not carry the weight they do today in global politics. However, if we use his teachings to consider today’s reality, the conclusion is clear: Brazil’s environmental policy may put national sovereignty at risk.

The concept of national power is one of the pillars of Morgenthau’s legacy. For the author, power is not limited to military capacity, but includes a series of material and ideological elements that allow the state to continue to function and develop autonomously and securely. Therefore, in addition to military force, the sources of power are geography, possession of natural resources, agricultural and industrial potential, and population. The perception that other international actors have of their power also enters into the calculation, which leads Morgenthau to conclude that a policy of prestige can boost a country’s insertion into the international game among nations.

From these lessons, we can argue that Brazil has been adopting a policy that diminishes its power in the international arena, which leaves the country in an unfavorable position in the political game between nations and, therefore, diminishes its ability to deter external threats. If natural resources are elements of power, a vague environmental policy endangers the Brazilian reserve of drinking water, an essential resource for all living beings and one that is in progressive scarcity in the world.

Moreover, water is essential for food production, which is a source of power enumerated by Morgenthau, since a state that cannot guarantee food and the survival of its population is more vulnerable to external aggressions. Finally, climate change puts at risk Brazil’s biological wealth, which is an increasingly relevant potential resource with the genetic revolution.

If we look through the lens of international prestige as a source of power, Brazilian politics is also deteriorating Brazilian sovereignty. An organized country, with strong institutions and public policies that deliver results, conveys the image of a strong state, facilitating the deterrence of shadowy interests that may harm the sovereignty and national interests. With the increase in illegal deforestation, predatory mining, murders of environmental activists, logging and the advance of criminal groups such as the “First Capital Command” (PCC) in the Amazon region, the image Brazil conveys to the world is that of a country incapable of enforcing the rule of law and effective public policies. As a result, the perception that other international actors will have when looking at the country is one of fragility.

Currently, international rules and norms on climate change are favorable to Brazil and other countries in the South. The consolidation of the principle of historical reading, which attributes greater responsibility for climate change to the most industrialized countries; the suppression (albeit temporary) of the debate on the internationalization of forests; and the right to sustainable development are examples of this. Brazilian diplomacy, along with other countries, has been very skillful in defending national interests in negotiations in international forums.

When Brazil abandons this negotiating posture and adopts one that is more reluctant to make any kind of concession, in the long term, it reduces its capacity to act. The country loses opportunities to have a say and influence the debates. Decisions will be made with or without Brazil’s participation, generating rules potentially contrary to national interests, which will inevitably restrict the country’s sovereignty.

The dystopian combination of a diplomatic posture that isolates Brazil from international negotiations with an environmental policy insufficient to effectively struggle with the challenges of protecting the country’s biomes and their populations is a serious risk to Brazil’s sovereignty. The Brazilian tradition always reinforces the importance of established principles in international relations, as well as the value of international law and multilateralism. It is a stance that has historically paid off for the country since it has no power to spare in comparison with global powers.

Morgenthau recognizes that international law and morality are factors that limit the abuses of states when they use force in the international arena to achieve their goals. However, the author also points out that these limiting factors are specific to his era and, therefore, may vary. Throughout the 20th century, the idea that the international community has a responsibility to protect individuals and populations at risk if states fail to meet their obligations emerged and was consolidated.

This understanding is a response to the gross violations of human rights that have been observed, the Rwandan genocide being the most symbolic case. How long will it be before they decide that states that do not fight environmental crimes on their territories also require a response from the international community?

COP27 is a signal that Brazil must change its position in international negotiations. However, a change of course at the diplomatic level is insufficient if it is not followed by concrete results at the domestic level. As long as Brazilian actors do not have this awareness internally, the environmental policy may remain a risk to the country’s sovereignty. In other words, the duty of every patriot is to take care of the environment in order to protect his country. 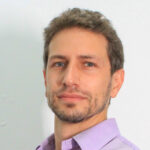