Argentine society is shocked by the failed assassination attempt against Vice-President Cristina Fernández de Kirchner. Although it is still unknown whether it is an individual act or a broader conspiracy, it is a serious event. In the past, Argentines have been shaken by episodes of similar magnitude such as the military rebellions between 1987 and 1990, the attempted takeover of a barracks in 1989 by the Movimiento Todos por la Patria-MTP, the attack on former President Raúl Alfonsín in 1991 and the attacks on the Israeli embassy in 1992 and the AMIA in 1994, among others. However, the particularity of this episode is that it takes place in the midst of a process of erosion of the democratic consensus that has been built since 1983.

What does the democratic consensus in Argentina consist of?

The return of democracy in 1983 brought with it the emergence of a set of political practices in line with a certain consensual style. The party unity in the face of the military uprising of Holy Week in 1987, the agreements that made possible the constitutional reform of 1994, the quasi-coalitional experience of Eduardo Duhalde, and the formation of the Dialogue Table sponsored by the Catholic Church in the context of the social crisis of 2001/2002 are examples of this greater inclination to compromise. However, the process of establishing the new political regime was characterized by the absence of consensual pacts between the political elites such as those produced in Venezuela and Colombia during the 1950s or in Spain during the 1970s.

The conflict between the new government of Cristina Fernández de Kirchner and the agricultural organizations in the first months of 2008 over “Resolution 125” constituted a hinge. This crisis reinstated a confrontational dynamic practically abandoned since the return of democracy in 1983.

The return of confrontation brought with it the emergence of a series of expressions aimed at both the disqualification of the adversary and the exacerbation of (pre) existing divisions in Argentine society. In this context, terms of dubious explanatory capacity appeared, but of unquestionable persuasive effectiveness, such as the category of “destituyente” and others tending to political and personal degradation (“gorillas”) reappeared.

In spite of this, the electoral results have generally been accepted or at least tolerated by the losers, although some situations have been noted that deserve special attention. The absence of former President Cristina Fernández de Kirchner at Mauricio Macri’s presidential inauguration ceremony was read as a gesture of disregard for the legitimacy of the 2015 electoral result. The denunciations made from the then Unidad Ciudadana space in the 2017 legislative elections and a subsequent unusual celebration of the defeat of the ruling party in November 2021 represent a warning signal about the cracking of the consensus on tolerance towards an unfavorable electoral result.

Likewise, the rarefied political climate has recently weakened the consensus on the rejection of the use of violence. This has happened in particular since the plea and request for conviction of the Vice President by Prosecutor Diego Luciani, the demonstrations in front of the Vice President’s home, the confrontations with the police of the City of Buenos Aires and with the Head of Government, Horacio Rodríguez Larreta, at the time pre-candidate for president for Juntos por el Cambio, and a series of cross threats both to the vice-president and to the prosecutor in the “Vialidad” (Road Works) case.

The danger of the naturalization of physical violence, in a society marked by the experience of the “private” and “state” terrorism of the 1970s, remains latent.

Is the democratic consensus broken?

Without the danger of democratic regression or institutional breakdown, but with a certain risk of autocratization, there is today in Argentina a political context characterized by a decrease in tolerance towards the adversary and adverse electoral results, a weakening of the consensus on the exclusion of violence, verbal and physical, as a resource, and the eternal return of “PRI fantasies” in the ruling party.

The cup is not broken, but it is cracked. 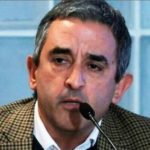