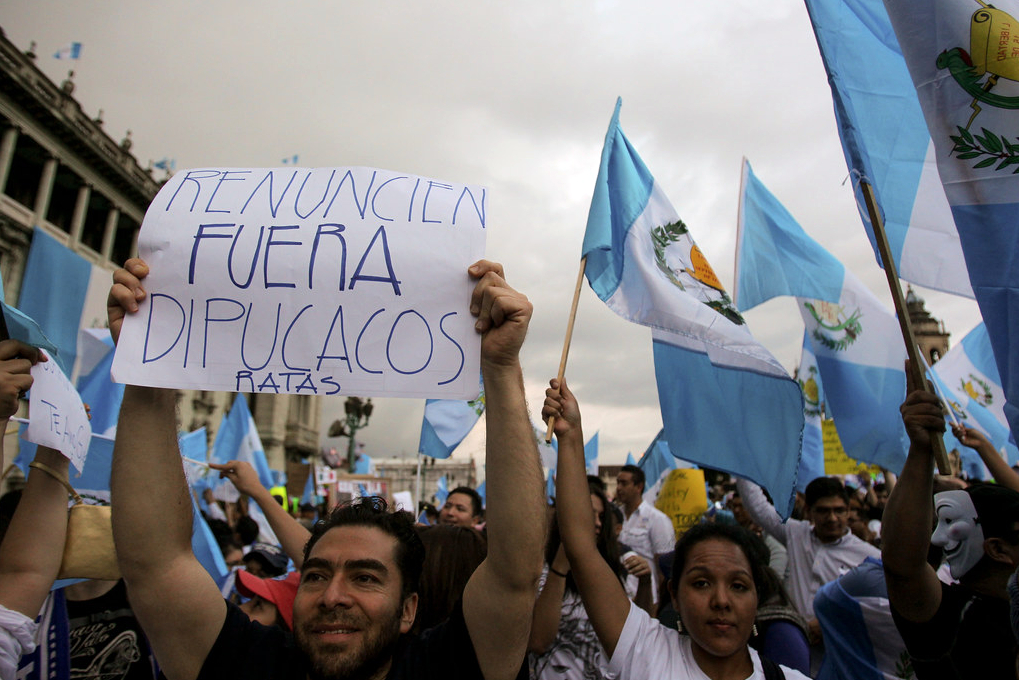 In December 2020, the U.S. Congress passed HR 2615, better known a the Engel List. According to this law, the president must submit to Congress every six months a list of citizens of Guatemala, El Salvador and Honduras who have incurred in fraudulent actions. Whether they have affected state or private processes or agencies or participated in serious acts of corruption or hindered investigations. If it were rigorous, it would be a long list.

Like any initiative that comes from the north, the so-called Northern Triangle Enhanced Commitment Act arouses mixed feelings. From gestures of distrust to timid signs of hope.

But no one in the Central American Northern Triangle believes in it. Perhaps some secondary element may fall into the flip-flop, as if to set an example. But only those who do not bow to Washington’s dictates are really afraid of being included. Which is not a common position among the corrupt. And Biden’s personal and political history does not allow us to expect anything else.

Those included in the Engel List, in reference to the Democratic representative for New York and author of the law, Eliot Lance Engel, will be subject to sanctions ranging from the cancellation of their visas to being declared ineligible to acquire one. They will also have no immigration benefits and, if convicted by U.S. courts, will be ineligible for parole.

Losing the U.S. visa or not being able to obtain it implies, on the one hand, a certain loss of prestige in the eyes of their own societies. On the other hand, for politicians, officials, businessmen or members of organized crime, it is an operational problem for their own businesses. It is in the north where most of the ill-gotten money is laundered and where many of the companies with which they can do business as part of this laundering are located.

Many people have claimed that there is an alleged overlapping of purposes with another list, the Magnitsky List, also created in the United States. But there is no such overlap, since the latter focuses on officials who have participated in what the northern power considers to be human rights violations. The innovation of the Engel List is the expansion of target persons.

The new law has fourteen sections, ten of which establish the components and actions to be implemented by the White House as key elements of its policies towards El Salvador, Guatemala and Honduras. The State Department, along with USAID and other federal agencies, will coordinate the provision of congressional committees and situation assessments and progress reports on the implementation of the law.

Postulates of the law

Some sections include parameters to be included in reports regarding human rights violations and abuses by security forces, extrajudicial executions, torture, forced disappearances and arbitrary detentions carried out by members of the security forces or in complicity with them. It also contains specifications regarding the effectiveness of the strategies implemented to combat corruption, financed by multilateral contributions.

But the most interesting aspect of the law is the inclusion of corruption and its impact on the migration of nationals. It is a novelty that this scourge is included as a cause of the migratory phenomenon, since to date, these causes were focused on poverty and violence as the only triggers.

Although corruption does not have a direct effect on migration, it is responsible for the degradation of the living conditions of a large part of society. Conditions marked by inadequate public services, prevailing impunity, internal displacement and the impossibility of social mobility, among other ills.

Obstacles to its implementation

The person chosen by the State Department to head the Bureau of Western Hemispheric Affairs will lead the “diplomatic engagement”. A very common euphemism in Washington that should be understood as pressure at any cost. Or simply twisting the arm of local officials to push the actions of the strategy that the law determines.

But is this official expected to be able to deal with a Juan Orlando Hernandez who many infer is still looking for a way to stay in power, given what is supposed to await him in the face of allegations of complicity with the narco? Will he be able to confront an arrogant, authoritarian and egocentric Nayib Bukele, whose actions do not differ much from the larcenies of his predecessors in office? Will he be able to do anything about Alejandro Giammattei, one more link in the chain that has historically benefited the Chapin mafias entrenched in the State?

This official will not be able to count on the judicial apparatus, nor on the public ministries, nor on the other powers of the State to carry out his work. All of them are in cahoots with the mafias and, in some cases, are participants in the corruption. Therefore, it will depend on the pressures that the White House is willing to apply on the governments of the region.

The law also provides conditions for the disbursement of funds allocated to the strategies for the region. These conditions refer to the impositions -never fulfilled- stipulated by the Obama administration’s Partnership for Prosperity.

The conditions include aspects such as combating drug trafficking and human trafficking, informing citizens of the dangers of irregular migration, ensuring that security forces respect human rights and that human rights violators are prosecuted. We could go on… but the above is enough to understand the impossibility of imposing these conditions on the elites of these three countries super immersed in a system of hegemonic power, unpunished, immune and shielded from all angles and edges.

Therefore, the effectiveness of the Engel List will be determined by the political will of the U.S. government, which, no doubt, will privilege its own interests over any situation in the Northern Triangle. Corruption and human rights violations will not matter if they get in the way of the short-term or long-term objectives set by Washington.