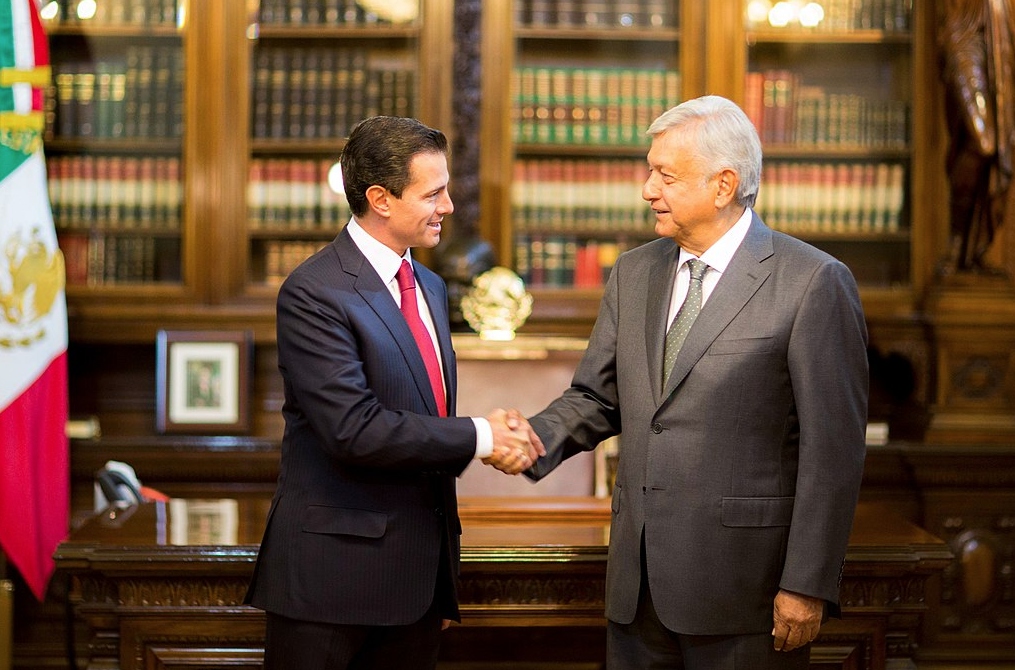 President Andrés Manuel López Obrador (AMLO) wants to eliminate “party” deputies, which are  those who reach Congress through proportional representation. Mexico’s lower house has a mixed representation system made up of 500 deputies: 200 “party” or plurinominal deputies and 300 majority deputies for each of the electoral districts into which the territory is divided. The President says that his objective is to “guarantee democracy,” but there is a trap: “Why so many deputies? Why don’t they remove the 200 plurinominal deputies?” Where is the catch? Easy: eliminating the “party” deputies opens the possibility of taking us back to the single-party system that Mexico experienced in the 70s.

The argument put forward by the Mexican government is that the “party” deputies do not have sufficient democratic legitimacy. They suggest that because of their origin they respond exclusively to their parties and their leaders (the “partidocracy”). They also say that the “party” deputies are not connected to the “people”, as the majority deputies who have to go out to the street to win votes in their electoral districts would be.

It is funny to look at this issue from Canada. Here, the leftist parties are calling for the opposite: to abolish the electoral districts and adopt the proportional representation method for the whole country. The objective would be that the percentage of votes of each party would be clearly reflected in its percentage of seats in Parliament. Their main argument is, ironically, similar to AMLO’s: the 338 members of Parliament, one for each electoral district into which the country is divided, does not reflect the feelings of the people. This is because the majority system punishes minority parties and creates “artificial” majorities, which would not be fair or democratic, we are told.

It must be said that the electoral system of each country reflects its political development. In the Mexican case, it is no exaggeration to say that the democratic transition began with the introduction of “party” deputies in 1977. Thanks to the electoral reform of that year, opposition parties were able to obtain representation in Congress, and this was at a time when the hegemonic Institutional Revolutionary Party (PRI) swept every single electoral district. On the other hand, the Canadian majority system is a direct legacy of the Westminster tradition, common to many countries of the British Commonwealth of Nations.

You can’t judge a book by its cover

A closer look reveals that politicians who want to change the electoral rules are frequently motivated by short-term opportunism. In Mexico, the ruling party forgets that they were one of the main beneficiaries of the mixed system of representation in the 2015 elections. In that year AMLO’s National Regeneration Movement (MORENA) participated for the first time in federal elections, receiving 35 deputies when it only won in 14 districts.

It is already known that power changes people, and now that MORENA is in the majority it seeks to adopt a purely district system that will allow it to overwhelm the opposition. Bearing in mind that in the 2018 elections MORENA and its allies won 218 of the 300 districts, that is almost three quarters, under the new rules they are now pushing for they would have won 73% of the seats in the lower house with just 46% of the votes. As a point of comparison, in 1979 the hegemonic PRI won 74% of the deputies.

But it’s the same the world over. Let us now look at the Canadian case and its current Liberal Prime Minister Justin Trudeau, who in 2015 promised in his campaign an electoral reform to introduce party deputies. That year, against all odds, Trudeau won an absolute majority, humiliatingly ousting Stephen Harper’s Conservative Party. And you can guess what happened to his promise. Yes, you guessed right: he forgot about it. It’s no surprise that under proportional representation rules Trudeau’s Liberal Party would have won just 40% of the seats, while majority rule gave it 54%.

Changes to electoral systems are presented to citizens as a way of doing justice and strengthening democracy. The truth is that, according to Duverger’s law, proportional representation and majority systems have their pros and cons. The trick is that generally politicians who seek to change the rules, one way or the other, do so for their own benefit (no one shoots themselves in the foot willingly). As citizens we have to tread carefully. Certainly, a change in the electoral system can deepen democracy, but only if the reforms come from the parties as a whole and not from the government.

As of today, eliminating “party” deputies in Mexico would open the door to a single-party system to the delight of MORENA and the displeasure of the rest of the political actors. In the case of Canada, adopting a proportional representation system would lead to a scenario similar to that of Spain, where the extreme left and the secessionists hold the key to governability, while the extreme right gains ground. And I say today because these scenarios can change. Without “party” deputies, Mexico could fall into a suffocating bipartisanship as it exists today in the United States. And Canada could fall into the Italian tragicomedy where governments last months and sometimes days.

The important thing to know here is that the negative is not in the electoral systems because each one has its advantages and disadvantages. The negative is usually rather in the reasons for seeking to change them. And here we must be very careful.