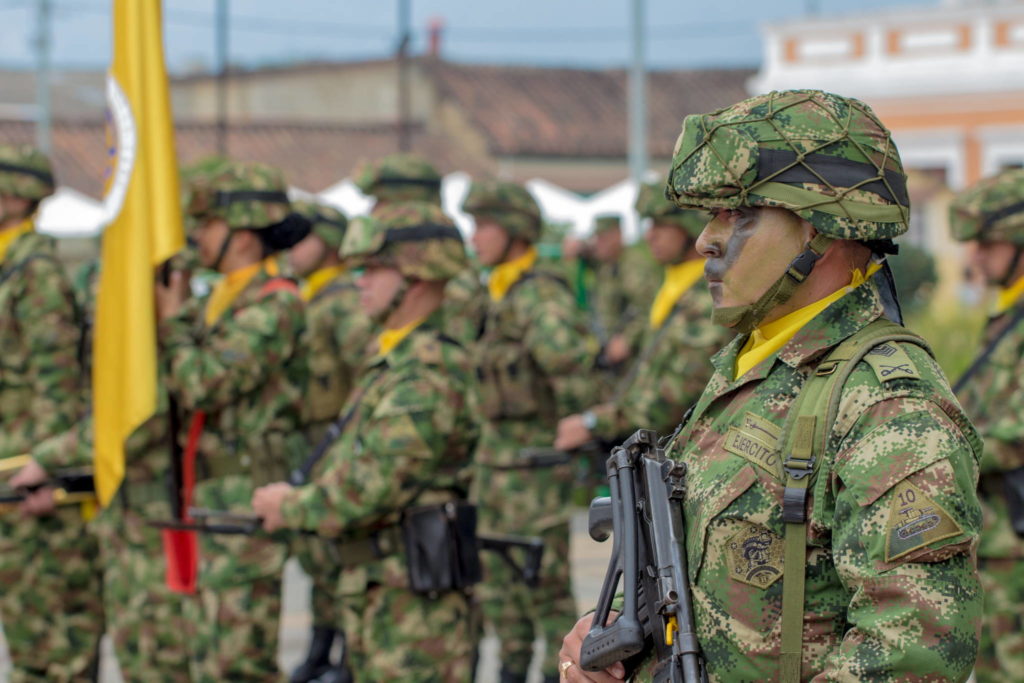 “If we look to the left, we see the insurgents. If we look to the right, we see the paramilitaries. If we raise our eyes to the sky and pray to God, we see the government’s helicopters”. As lapidary as it is dramatic, this phrase was included in one of the United Nations Secretary General’s reports published fourteen years ago on the human rights of internally displaced persons. It was at the height of Alvaro Uribe Velez’s popularity in 2006, when he had just been re-elected Colombia’s president with an overwhelming majority. His popularity was absolute. Thanks to his proximity to the U.S. geopolitical code, and his closeness to George W. Bush, Uribe Velez redefined Plan Colombia, which would transform and modernize the operational capabilities of the Colombian security forces as never before, with more than $10 billion dollars. During that period, 6,402 innocent civilians were murdered by state agents and members of the security forces, who were presented to them for public opinion as false ex-guerrillas.

Around those years and after years of crises, the expansive cycle of the Colombian economy was accompanied by a majority rejection of the guerrillas—especially the FARC-EP, after the resounding failure of the Caguán dialogue process under the presidency of Andrés Pastrana, between 1999 and 2002. Uribe, aware of the particular political and social context he inherited, had it clear from the beginning. As he once said to me in an interview in 2015, Colombia’s problem wasn’t an armed conflict or the guerrillas, as these only arise in dictatorship contexts. Colombia was a formal democracy and, therefore, its problem was narco-terrorism.

This discursive transformation, which took place at the dawn of the geopolitical upheaval caused by the attacks of September 11, 2001 was, in reality, much more than a semantic artifice. It was a denial of the structural dimension of violence and, by extension, the responsibility of the government in it. It was to deprive the armed conflict of any hint of recognition and, therefore, to deny its political significance. As it was expected, any formal possibility of negotiation was obviated and the government’s maximum aspiration was to defeat the guerrillas.

To this effect, the end justified the means. This meant to militarize daily life and avoid any hint of criticism to the Democratic Security Policy, or otherwise it could’ve been considered as collaborationism with the guerrillas. This patriotic fervor, whose ecstasy was the military defeat of those who were conceived as enemies of the State for decades, managed to establish itself in almost all the extremes of society.

The pro-Uribe media tried to keep their spaces open to report new blows to the guerrillas and evoking an almost messianic image of Uribe. The civilian society was incorporated into the process of fighting the guerrillas through different government programs.

Within the Armed Forces, different battalions and structures didn’t hesitate to join forces against paramilitarism, as they shared a common enemy: the FARC-EP and the ELN guerrillas. In fact, as of the Directive No. 029 from 2005, issued by the then Minister of Defense, Camilo Ospina, remunerations and retributions were recognized for the attainment of casualties within the armed groups.

Against all this backdrop, the co-optation of a large part of the judiciary and the criminalization of critical positions of the citizenry served as the optimal framework for the materialization of a security policy that, far from being democratic, made use of terror, paternalized its institutions and operated under a dangerous simplistic maxim: security first, then the rest of people’s rights, if necessary.

If this justified alliances with paramilitary groups, anything else could go, such as the use of the intelligence apparatus, like the Administrative Department of Security, to carry out illegal wiretaps and obtain evidence to pressure the critical voices of journalists or magistrates. Meanwhile, at least 6,402 innocent civilians were murdered, thanks to the work of the Special Jurisdiction for Peace (JEP). We have learned that they were perpetrated by State agents and members of the security forces and presented to public opinion as false ex-guerrillas.

The violent, unpunished, deliberate and systematic nature of these acts, which were carried out in the name of institutionality and protected under an extortive nature that denaturalizes the essence of the Rule of Law, has a definition as illustrative as it is indisputable: State terrorism. Most of the 6,402 murders that were revealed those days were committed under the presidency of Álvaro Uribe, and they are nearly triple the number of official figures of extrajudicial killings that, until now, the Attorney General’s Office had managed to investigate.

This requires a different legal treatment, from the systematicity and command responsibility. Therefore, the old idea of “small rotten apples” is no longer valid, which is how so far, mostly, has been tried to deal with such a serious matter.

It is time to move forward in the clarification of responsibilities, the traceability of decisions and the indictment of the perpetrators. Perhaps, it is due to all of the above-mentioned arguments that Álvaro Uribe—a sort of Colombian Fujimori—and the current president, Iván Duque, have always been against supporting any institution that, like the JEP or the Truth Commission, has the task of finding out what really happened during the hardest years of the armed conflict in Colombia.