The visit of the influential U.S. Congresswoman Nancy Pelosi to Taiwan had global repercussions. Therefore, her gesture did not go unnoticed on social networks, the media, and, obviously, neither in the political nor diplomatic sphere. Much less so for the Chinese. Although it happened recently, much has already been said and written about the meaning of this visit. The “imprudence” of the Speaker of the U.S. House of Representatives has been exaggerated (especially in the diplomatic bureaucracies and in the Western press).

This supposed lack of restraint was directly linked to the possible reaction of the Asian giant and the consequent increase in global conflict. But this argument is reminiscent of the unsuccessful recipes against bullying, based on “don’t make the big guy angry” to avoid aggression, knowing that, at the end of the day, it will happen anyway, regardless of whether they provoke it or not.

The Chinese response sought to reinforce the victimhood position that sustains part of its national narrative: “we are an emerging country, part of the global south that always responds peacefully to the aggressions of the imperialist superpower”. In fact, this discourse – certainly anachronistic – has permeated much of the press, academic and political circles of the world, especially in Latin America.

Therefore, before continuing with this analysis, it is necessary to define the context in which the events took place: we are facing two superpowers, the most powerful in the world, confronted by a specific conflict within the framework of a larger dispute for global power. There are no victims or asymmetries here, except as far as Taiwan itself is concerned, the scene of the drama.

Archeology of a political gesture

With Pelosi’s trip, the U.S. made a political gesture and, seeing the reactions it produced, a very efficient one. And I emphasize political because it contrasts with the Chinese reaction, which was primarily linked to military action. It was not the only possibility available to the Chinese authorities; however, it was the one they chose.

In fact, the Chinese government’s constant and undiplomatic prior warnings against the Speaker’s trip (“who plays with fire will get burned”, among others) put the U.S. government in a dilemma, since suspending the visit would then be seen as a gesture of great weakness and fear.

At the same time, China’s decision to curb cooperation on issues of global concern – for example, climate change – was also a misguided action. Rather than punishing the U.S., this decision shows in the eyes of international public opinion the detachment and merely tactical character given by the Xi government to the post-material agendas that, moreover, underpin a part of its political support in other parts of the world.

If we look in even greater detail, we can still find the nuances contained in the American political gesture, namely: the visit was made by a parliamentarian, at the end of her political career and in a country where Congress does not take orders from the president. Moreover, it did not increase the historical rank of the visits, since in the 1990s Taiwan had also received the then Speaker of the House of Representatives, Republican Newt Gingrich.

The political nature of the gesture is reinforced by the fact that, at the same time, the White House (through John Kirby, coordinator for strategic communications of the National Security Council) reaffirmed the “one China” policy. Even President Biden himself mounted a sort of “take-off” of the action of the veteran Democratic representative.

The impact of Pelosi’s visit on the Chinese authorities prevented them from responding to the U.S. gesture with proportionality and intelligence. This was possibly due to the pressure of the upcoming Chinese Communist Party congress and the need to show solid leadership. Or because of the excessive diffusion of a nationalist ideology among the population, nurtured by Xi’s government. And it could also be explained by the fact that they did not expect Pelosi’s arrival in Taipei to finally happen.

Possibly, what made the Asian giant most nervous was observing that U.S. policy is beginning to show continuity from the domestic level and certain strategic intelligence. A few months ago, the Quadrilateral Security Dialogue (popularly known as Quad) met, which includes, in addition to Japan and Australia, another big player in the region and potential Chinese rival: India.

Almost at the same time, and as a prelude to Pelosi’s trip, the U.S. pragmatically recomposed the link with Saudi Arabia, including the discussed photo of Biden with Mohammed bin Salman (accused of murdering journalist Jamal Khashoggi). Simultaneously, a U.S. drone killed Al Qaeda leader Ayman al-Zawahiri in Afghanistan (suggesting something along the lines of “we left, but we’re still there”).

The move in Taiwan was both surgical and powerful, thus causing his rival to lose the line. For years Xi maintained a discourse on peaceful cooperation, community of interests, common progress, and the Silk Road as a framework for non-imperialist, non-violent expansion. Pelosi’s arrival in the strait unsettled the Chinese government, which showed a face it had worked hard to disguise.

The moral of the story is that to claim the throne of the superpowers, muscle alone is not enough. Has China learned its lesson? 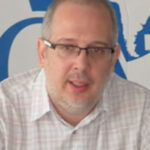