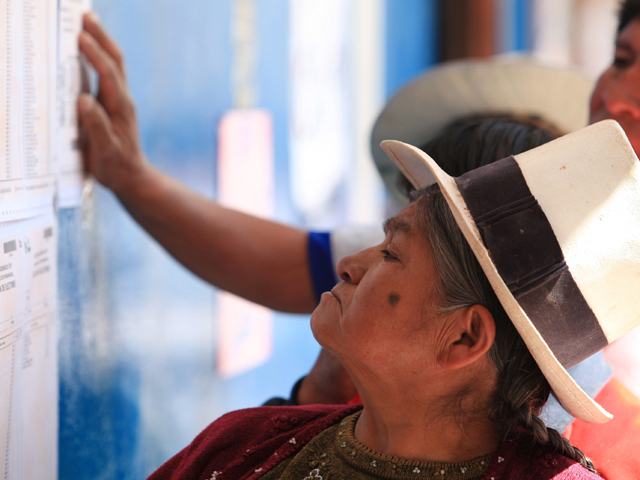 In the midst of the sharpest political confrontation of the last decades, Keiko Fujimori and Pedro Castillo are on the way to define on Sunday, June 6, who will preside the country on July 28, the date on which the bicentenary of national independence is commemorated.

None of the 18 presidential candidates who ran in the first round was enthusiastic and 30% of the eligible voters did not vote, in spite of their obligation to do so. Half of the candidates did not even garner 2% of the votes and the two who made it to the second round only had a little more than a quarter of the total: Castillo, 15.38% and Fujimori, 10.9%. The sum of blank and spoiled votes -18.6%- beat any candidacy.

Reasons for discouragement were not lacking. In addition to the pandemic, there is the common perception of lack of social progress. Only a quarter of those consulted by the pollster IPSOS after the first round considered that their family is socially advancing and 53% believed that the country is going backwards.

Moreover, there is little hope that politicians can do anything. The Peruvian electorate is one of the lowest in Latin America in terms of appreciation and satisfaction with democracy. Politicians are doing their bit: six of the former presidential candidates are under investigation, most of them for corruption. Another 136 congressional candidates were in the same condition and some of them were elected. And among politicians it is usual to have characters that have gone through three or more party shirts as part of their career to power.

Strictly speaking, there are no parties, except for Fuerza Popular, which follows in the wake of Alberto Fujimori. What can be found, are groupings put together for each election that lack party life and militants, and only have temporarily recruited adherents. Hence, those who lost in the first round lack the capacity to endorse their votes to Castillo or Fujimori in the second round.

Polarization due to several reasons

The April results and subsequent polls show a strong polarization of the vote. One axis is regional. Keiko Fujimori wins in Lima and in part of the northern coast, and Pedro Castillo, in the rest of the country. Lima’s centralism and the resentment it has historically generated are fully manifested in the elections.

The other axis is economic-social. The polls clearly show a sort of electoral class struggle. While Castillo increases his vote as he moves down the social ladder, Fujimori loses it.

By the way, the weight of each stratum in the electoral population is not the same. Sectors A and B, the highest sectors, mainly located in Lima, account for 12%; stratum C, 32%; stratum D, 24%; and stratum E, 30%. This means that the disadvantaged account for 54% of the total number of voters.

Given the second round mechanism, the “antivote” is very important. While Keiko’s voter turnout was very high, it has been decreasing while Castillo’s has been increasing.

In 1990 it was said that the underprivileged sectors invented a candidate -Alberto Fujimori- against the candidate of “those from above”, the writer Mario Vargas Llosa. Thirty years later, the same thing seems to have happened. Pedro Castillo came almost out of nowhere. He is a rural teacher, with little training, but the “owner” of his party, Vladimir Cerrón, is a doctor trained in Cuba who declares himself a Marxist-Leninist with patriarchal postures. The support for Castillo from Verónika Mendoza’s group -the educated left that in the first round obtained 6.39%- may provide the contents that Castillo does not have.

Keiko Fujimori, in addition to having served as her father’s “first lady” when her mother was displaced for disagreeing with her husband, faces legal proceedings and has already spent several months in preventive detention. She has promised to pardon her father, who was sentenced to 25 years in prison for corruption and human rights violations.

Both are authoritarian leaders in a country that wants an elected, but heavy-handed government. And where conservatism prevails on social issues: seven out of ten voters are against abortion, equal marriage and the million Venezuelan migrants living in Peru.

A campaign that encourages fear and questions “the model”.

Respondents believe that the most important problem is the pandemic, but candidates have no concrete proposals to address it. Time and resources are spent on mutual accusations. The current campaign is plagued by fake news. Facebook and Instagram have removed dozens of fake accounts campaigning for Fujimori.

The media and election advertising revolve around anti-communism. The cases of Venezuela and North Korea are used to create fear of Castillo in the middle class electorate. To this effect, a very strong advertising investment floods the media, streets and social networks.

But the great topic of discussion is the neoliberal “model” that the country has maintained for the last 30 years and that, although it has sustained growth and reduced poverty, it has no effect on dramatic inequalities. The pandemic has revealed the disastrous state of public health. Hence, the current “model” is only supported by one in ten respondents.

Why should the model be changed? The answers given to the pollsters reveal that poverty (31%) and inequality (27%) generated by the model are the most important reasons.

However, what is important are the trends that are being defined. The latest poll by the Institute of Peruvian Studies published on Sunday, May 9, gives Castillo only a six-point lead, a gap that Fujimori has been narrowing. And a third of those polled still did not favor either of the two. However, in the first round no pollster got the results right and it is well known that Peruvians make up their minds in the moments before the vote.

In the congress, ten parties have achieved parliamentary representation and none of them reach a quarter of the seats. The last five years have seen how the confrontation between the Executive and Congress, motivated by personal or group ambitions, paralyzed the country. Whoever wins will not have a stable majority. And if we add to that the social conflicts -which Castillo encourages- we will probably be in a scenario of scarce governability.

Finally, the Armed Forces, which half a century ago launched themselves with Velasco Alvarado into the adventure of recreating the country in order to reduce social differences and did not succeed, today are corroded by corruption. And it is not known to what extent they would be willing to “arbitrate” in the social confrontation that awaits the country. 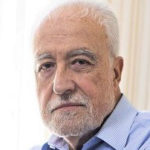