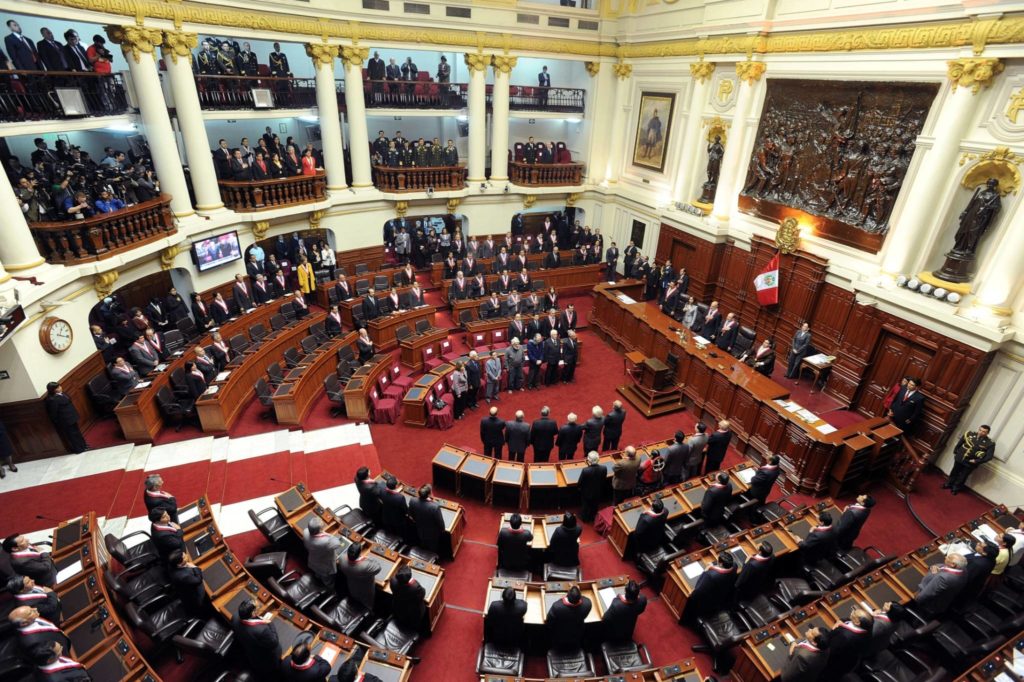 In few latin american countries the governance depends directly from the legislative branch as in Peru. Both due to the constitutional design and the persistent political fragmentation in the country, the Congress of the Republic has been the epicenter of the different political crises that the nation has experienced in its recent history.

In a region with a dominant presidentialist system of government, the strong role played by Peru’s parliament is noteworthy. The parliamentary faculties, in addition the political control of the Executive Branch, in fact have followed a clear obstruction pattern, especially before and after the resignation of former President Pedro Pablo Kuczynski in March 2018.

Since then, the Congress has been the main stumbling block to the presidential administration of the last three interim presidents. In September 2019, the first of them, Martin Vizcarra, announced the dissolution of the parliament by presidential decree due to the objections to approve his ministerial cabinet. In this context, he called for an extraordinary legislative election to form an interim parliamentary representation until July 2021, when the new elected legislature should begin.

Since then, the mutual and systemic distrust between the Executive, Legislative and Judicial powers is the main characteristic of the Peruvian political system.

That election reduced the two largest opposition parties -Fuerza Popular and Nuevo Perú- and further fragmented the distribution of seats compared to the previous legislature, when the greatest institutional confrontation of the last lustrums was experienced. Two dismissals, three interim presidents, several cycles of protests and even episodes of police repression in the streets. These last events took place during the pandemic with the aggravating factor of a deficient public health management that has placed Peru as the nation with the highest number of COVID-19 deaths per 100,000 persons in Latin America.

In this delicate context, the 2021 general elections has another difficulty. Regardless of who is elected, the new president will have to deal with a similar parliamentary ungovernability. According to the results, Peru Libre, the party supporting the candidacy of Pedro Castillo, obtained 37 seats. On the other hand, Fuerza Popular, the party supporting Keiko Fujimori has 24 seats. Between them both, they do not reach half of the 130 seats. The rest had been distributed among eight minority parties.

These results foresee a continuity of fragmentation among the parliamentarians. Whoever wins the election will face weak support from the legislative branch. In addition to the fragmentation of the electorate, the economic collapse and the undeniable disaffection of the citizens with the political class.

According to the political scientist Martin Tanaka, “in recent years we have become accustomed to seeing this maximalist politics, managed with great irresponsibility, which has created this permanent confrontation between parliament and the president”. For the professor of the Pontificia Universidad Católica del Perú, “this confrontation was what led to Kuczynski’s resignation, to the closure of the Congress, to Vizcarra’s dismissal, and permanent conflicts”. This includes the brief and unstable interim governments of Manuel Merino – barely five days in office – and the current president Francisco Sagasti.

Recent changes in the electoral rules have generated that all parties were forced to participate in these elections in order to avoid their disappearance. According to this rule, the registration of those parties that do not participate consecutively in two general elections as of 2016 would be cancelled. The result of this policy has been reflected in the fragmentation of the parliamentary arc resulting from the recent elections.

Most of the parliamentary groups have few real possibilities to legislate and a notorious party indiscipline. This makes it difficult to generate consensus and creates fragile majorities in the plenary, which ends up compromising the governance of the political system.

In a democratic system, parliamentary autonomy is always necessary, since it is the main mechanism for balancing governmental administration. In fact, any political system should preserve its governability, even when the parliament has an opposition majority. However, the incorporation of electoral measures that increase the fragmentation in the parliamentary representation, can lead in fact, to dissolve the political meaning of this important democratic balance.

This parliamentary weakness can end up converting these constitutional faculties of democratic control into an instrument of revenge and political instability. In this way, it ends up eroding the government’s response capacity and encourages social discontent, which is extremely dangerous in the current pandemic regional context. This is, unfortunately, the current situation in Peru, regardless of whether Castillo or Fujimori wins in the second round.