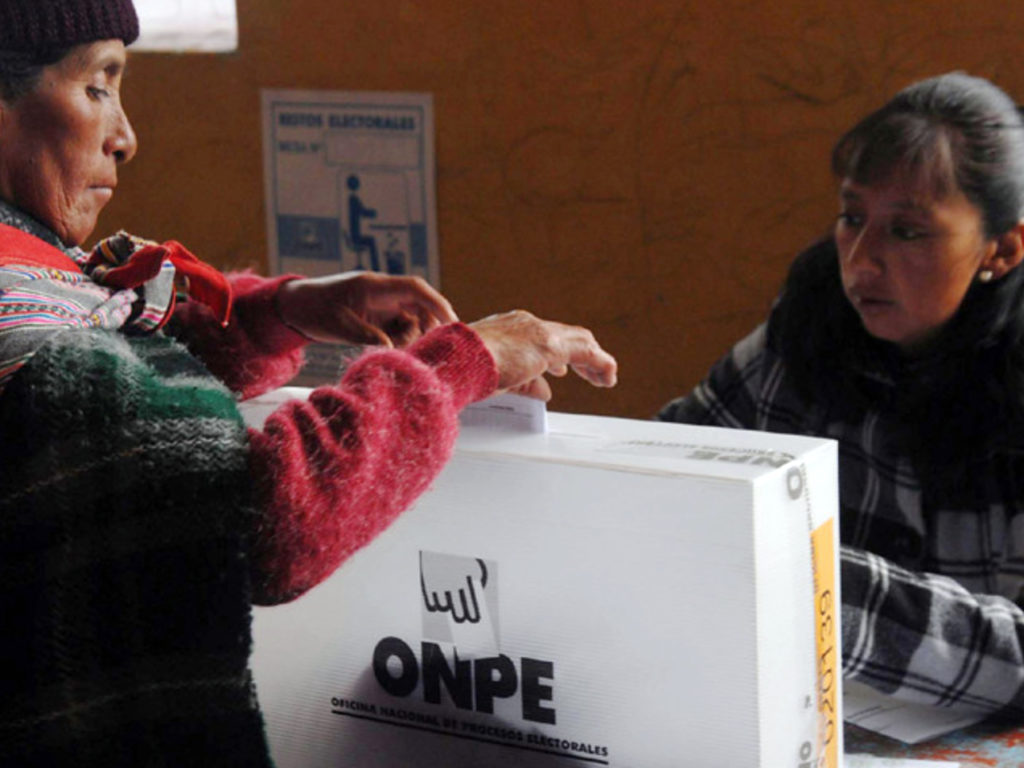 The electoral campaign for next Sunday’s presidential elections in Peru is atypical. Not only because the elections will be held in the midst of a second wave of Covid-19, which has been altering the routine of its citizens and consequently the strategies of the presidential and congressional candidates. It is also atypical because the polarization of public opinion that dominated the previous elections has led to a dispersion of electoral preferences. Peruvians finished losing confidence in the institutions when in September 2019 the then president, Martin Vizcarra, closed the Congress of the Republic accusing the Popular Force party – heirs of the old Fujimorism – of obstructionism.

New congressional elections were called for early 2020, where the fujimoristas suffered an electoral debacle, the political representation was dispersed and in November 2020 the new parliamentarians dismissed the president.

As of today, if indecision were to run as a candidate, he would pass to the second round. In previous elections, a few days before the vote, voters showed some determination as to who would be elected. There was a more or less clear map. But according to the latest polls, around 30% have not yet defined for whom to vote or say they are not willing to vote for any candidate.

With an electoral system focused on candidates, there have been 18 presidential formulas and 476 congressional lists aimed at attracting the Peruvian electorate. The candidates occupy almost the entire ideological spectrum, including, as a novelty, the extreme right. Moreover, the quality of the candidates is questioned, their parties are considered “surrogate wombs” and the system itself is adjusted to the candidate’s ambition, which describes an alarming democratic deficit.

The most striking aspect of this campaign is the dispersion of voting intentions. Fifty percent of the preferences are distributed very closely among six presidential candidates. However, it must be emphasized that no outsider candidates have emerged in this instance, and all of them have been linked to the representation system at some point in their careers.

If Antonhy Donws’ median voter theorem were applicable, the candidate of the extreme right, Rafael López Aliaga, would not be president since voters would tend to lean towards less radical proposals. Aliaga is following Bolsonaro’s primer in Brazil, his campaign is orchestrated on fake news and Marxism is his imaginary enemy. Aliaga is a minority option.

The candidate, and former soccer player, George Forsyth led the polls a few months ago, but has been losing support among voters. With a futile image built on social networks, Forsyth has also been harshly criticized for having abandoned the mayoralty of a Lima municipality to run in the presidential elections.

Yonhy Lescano, leader in different polls, and counting on the support of some factions of his party Acción Popular, is emerging as a candidate for the second round. In the last debates, however, Lescano has shown that he literally has no government plan and the few ideas he has put forward have been confusing or populist in nature.

Keiko Fujimori has repositioned herself in the polls. The candidate was under preventive detention accused of having received illegal contributions from Odebrecht in her previous electoral campaign. This is the third time she is running for the presidency and if she is not leading the polls, it is because conservative religious movements have shifted their support to López Aliaga.

Veronika Mendoza is the candidate of the left. After the dissolution of the Frente Amplio she was left without a party, but managed to run for Juntos por el Perú. Her proposal distances herself from the movements with popular roots in the interior of the country, such as the one led by Professor Pedro Castillo, who has grown extraordinarily in the polls. The candidate has sought to move closer and closer to the political center, which could allow her to occupy a better position in the final stretch.

The undecided will define this election. But as of July 28, -the date of Peru’s Bicentennial and which coincides with the transfer of government- the next president will have to face an uncertain scenario, since the progressive fragmentation of political power is aggravating the governability of the country. Since the 2001 elections, no winning party has obtained a majority of seats in Congress: Alejandro Toledo won 38% of the seats in 2001, Ollanta Humala 36% in 2006 and Alan García 30% in 2011. The lowest result was for Pedro Pablo Kuczynski who barely obtained 16.4% in 2016.

It is verified that if parties are weak in the electoral arena, they are strong in the legislative arena. For a unicameral country, the system contributes to an excessive over-representation of parties. In 2001 the two largest parties obtained 46.4% of the votes and conquered 60% of the seats in the legislature, in 2016, they obtained 50.2% of the votes and occupied 71.4% of the seats. For 2021 the probabilities indicate that the two main parties will not reach 30% of the votes which will imply that the Executive will be forced to weave such a broad coalition to give political stability to the country.

The enthusiasm among Peruvians to rewrite a better future based on the Bicentennial of the founding of the Republic has been relegated today. Not only because of the pandemic, but also because it would seem that Peruvians are imprisoned in the desire to change without really being willing to alter our reality.

Photo by Globovisión at Foter.com

Political Scientist, professor and associate researcher at the Federal University of Goiás (Brazil). PhD in Sociology from the Univ. of Brasilia (UnB). Post-doctorate at the Univ. of San Marcos (Peru). Specialized in comparative studies on Latin America.