The entropy, chaos, and persistent crisis in Cuba are irrefutable evidence. Not even the most sophisticated post-truth narratives manage to paint a picture of a prosperous, empowered Cuba, convinced of its future well-being. The Cuba we perceive is often tragically heartbreaking and contrasts with the triumphalism of the official narratives. This asymmetry between reality, official discourse(s), and multiple academic or opinion-based expressions can give us clues to reflect on the likelihood of political change through transition or, failing that, the reasons for the persistence of the current regime.

Cuba seems to be the exception among the non-democratic regimes cases, be they diverse authoritarianism or totalitarianism. Despite its economic and political links with the former USSR and the socialist camp, it survived its fall. It was also able to transfer the historical charismatic leadership in an orderly manner and ensure the continuity of the regime.

In addition, the regime has been able to reintegrate into regional strategic coalitions (Venezuela, Ecuador, Brazil, Argentina) during the “waves of leftist governments”, to negotiate with international powers (U.S.), to project itself as a destination for sectorial investments (tourism for Spain, Canada, Italy, etc.) or to survive for more than six decades to economic embargo measures.

The sum of these factors constitutes the hard core of a narrative that highlights the regime’s legitimacy, legality, and capacity to defend a project of national sovereignty and its profound selective anti-imperialism. This narrative, with a clear continuity orientation, is observed in the political elites, its diplomacy, and in internal and external academic sectors.

This official perspective points to any internal contradiction as a derivation of the aggressiveness of the U.S. “embargo” and assumes change as controlled reform; of course, by the leadership of the Communist Party of Cuba (PCC) and the Government. Any other change will be seen as a threat to national sovereignty. There we will find the official aversion to the term “transition”, understood as a “pro-U.S. counterrevolutionary political project”.

Political transition is an analytical category, not an ideological one, which refers to a change in political regime. And its hardcore is the conformation of actors with diverse perspectives and credible projects to negotiate and cause a shift in the strategy of the other actors in contingent conditions of great uncertainty.

In short, no independent actor would be able to guarantee a political change, so their ability to establish strategic alliances with other external actors to strengthen their negotiation strategy would come into play. In the third wave of democratization, the differences in power between reformists in the government and moderates in the opposition were decisive.

Other studies have interpreted political transition, of whatever sign, as a dynamic of action and reaction between the regime’s elites and civil society. Popular mobilization plays an important role, as it can set the pace of transformation by forcing the regime to choose between alternatives: repression, integration, or the transfer of power.

Political transition presupposes certain structural, contextual, historical, and strategic choice conditions of actors interested in political change. The type of regime and its institutional framework can explain the homogeneity within the political elite and the autonomy of the emerging Cuban civil society. In this sense, the totalitarian matrix of the regime differs from the bureaucratic-authoritarian authoritarianism of limited plurality of the classical models, since it has guaranteed the cohesion and rotation of loyalties of the political elite.

Both institutionally and ideologically, unity has been the articulating core of governance and legitimacy of the regime. The PCC takes precedence over the structures of the State and government, and its political bureau, as an organ of vigilance and control, and the electoral rules have guaranteed consensus and rotation of loyalties within the elite.

This control extends to the legislative body, perverting its deliberative functions into actions of ratification of decrees of increasingly invisible leadership. The supreme bodies of the State (the Council of State) and the Government (Council of Ministers) are accountable to the president, who, faithful to the personalist vocation of the regime, is the supreme leader of the single party (PCC).

The structural and narrative unity of the regime leaves little room for dissent, critical reflection, and discussion of intra-elite options, a necessary condition for the emergence of fractures and an alternative reformist sector. The calculation of the elites has been dominated by the stability of continuism in order to remain in power and preserve their privileges.

For the regime, the “institutionalized” civil society is the “social and mass organizations”, due to its behaviorist and mechanistic vision of the social sphere. Society will be, then, an amorphous “mass” incapable of reflexive autonomy, so it must be directed. Thus, the frequent use of complementary mechanisms of direct democracy such as popular consultation, referendum, and plebiscite constitute processes of popular participation with induced incidence.

Overcoming this decades-old government control of any form of civic autonomy is one of the most important challenges for the emerging civil society, which must face registration, monitoring, sanctions, prohibitions, and even criminalization and repression.

Recently, there has been growing activism in sectors of civil society on a range of issues and whose positions go beyond the classic left-right or government-opposition cleavages. However, these restrictions limit the capacity for interaction, which generates fragmentation in collective actions.

These limitations affect opposition groups with positions that range from moderate proposals to radical military interventions by foreign powers, or to the promotion of internal anti-government rebellious outbursts. It is difficult to visualize the capacity of these actors to negotiate in a transition scenario. But the pact between elite reformists and opposition moderates should be the predominant strategy. Radical options have never guaranteed a successful political transition to democracy.

Over the past year, domestic circumstances have become more complicated for the government. The disastrous effects of the COVID-19 pandemic or dengue have affected tourism. The shortage of food and necessities, the energy crisis, the galloping inflation, and the dismal quality of medical services have prompted various expressions of dissent.

In this sense, the massive, spontaneous, transversal, and politicized character of the popular demonstrations of July 11, 2021, demonstrate that the unrest of the population can unleash dissent with uncertain results. The repressive response of the regime rules out negotiating liberalizing reforms. Its predominant strategy will be continuity based on systematic indoctrination, manipulative cooptation, the “exit” of dissident sectors, and the repression of any subject that threatens the stability and continuity of the regime.

In the political history of Cuba as a republic, regime changes by violent ruptures have predominated, either in versions of coup d’état (1952) or revolutions (1933, 1959) over pacts (1939), and the only experience of democracy is reduced to twelve years (1940-1952). Most of these experiences, however, have been silenced, distorted, and manipulated by the ideological propaganda of the Government, which dismisses them as a basis for political learning for the new generations.

The great challenge of the Cuban transition today is to demystify and revalue the central core of the revolutionary myth: (totalitarian) unity and to assume as a condition of republican sovereignty the notions of plurality, deliberation, tolerance, and inclusion. 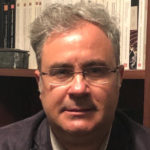 Professor and researcher at the Iberoamericana University (Mexico City). PhD. in Political Science from FLACSO-Mexico. Specialized in republican institutional history in Cuba, political transition and democratization.