In the last months, international trade policy has been the subject of discussion in several Latin American countries, especially Chile and Colombia. There are two dominant positions. On the one hand, there are those who defend trade integration through free trade agreements, linking these treaties to increased exports and foreign investment. On the other hand, there are positions that claim that these same treaties are responsible for the scarce export diversification and, especially, for the problems of the small and medium sectors, peasants, and the environment. Between these two extremes, there is not much dialogue.

The absence of dialogue is a problem. There are several issues that today should be a priority for the international trade policy of countries like Colombia or Chile. But these issues are not discussed because the global context and the new international dynamics do not find their place in a debate that is often polarized, in which rigorous arguments do not necessarily abound. Regardless of what one thinks of free trade agreements and whether they need to be modernized or re-discussed, these points are relevant.

As long as these two countries did not have any major problems, it was all good news for the region. More demand for their products means higher prices. More investment is good news as long as it is sustainable. But the situation has changed with increasing tensions between the two powers.

Between China and the United States, there is not only growing protectionism to appease the demands of less competitive workers and sectors but there is also a geopolitical dispute and technological competition that affects the international trade policy of both powers. This is a relative novelty and in this context, it is essential to manage Latin America in the face of these pressures, now that trade is not only a question of efficiency, prices, and business opportunities. Access to opportunities or falling into complex diplomatic conflicts will depend on it.

Another pending issue for the region is to adopt a strategic positioning with regard to minerals linked to the transition to a green economy. It is not rash to think that minerals such as lithium could in a few years awaken the same tensions that for decades we found around oil or gas. For example, the European Union and the United Kingdom, countries dependent on imports, have already taken measures to secure these resources. The absence of a sophisticated policy, and a minimum of regional coordination, may place Latin America at disadvantage.

The so-called lithium triangle, Argentina, Chile, and Bolivia (around 68% of lithium reserves), opens up opportunities for trade, investment, and productive development that do not arise every day, but it also entails risks that must be weighed up. In this context, not taking into account the consequences of a possible export boom and the problem of Dutch fever can have great costs in the future. It must also be assumed that the exploitation and processing of lithium will not depend only on purely economic factors. Here, the environmental aspect is as important as the geopolitical one.

Without seeking to exhaust the topics, it is also important to point out that for years the discussion on international trade policy in Latin America has tended to be limited to debating the advantages and/or disadvantages of free trade agreements. This is difficult to explain in economic terms. The discussion should cover not only the opening of markets to exports and imports but also the adoption of a series of measures for internal adaptation of the economies after the signing of these agreements.

States must take measures so that the less competitive sectors, which will inevitably suffer from imports, can improve their competitiveness or transform themselves into other activities. Trade produces winners and losers, and it is the State – not the free trade agreement or the trading partners – that must ensure that trade liberalization results in the greatest possible welfare for all, preventing trade policy from having regressive effects on the distribution of wealth.

What sometimes goes wrong in Latin America is not only international trade policy but the way in which the effects of trade are managed within the countries. This would explain why some actors identify these treaties as the main problem even when there is a consensus in some countries, as in Chile, that the treaties have been positive for the economy.

The lack of objective and evidence-based dialogue on trade policy is a serious mistake. While in other parts of the world specialists in this area produce rigorous studies and organize debates, in Latin America the conversation continues to be framed in a dichotomy that at first glance seems false.

The region cannot live in isolation from the world, it needs the best opportunities to export its goods and services, but at the same time trade negotiations are difficult and nothing is free: the principle that governs these negotiations is reciprocity. Moreover, when negotiating with major trading partners, it is generally done from an unequal position, which is why it is necessary to have an accurate diagnosis of the situation and the various interests involved.

In short, negotiating and signing, modernizing, or renegotiating free trade agreements without a prior, inclusive, and complete discussion of the economic, social, and environmental effects represents positions that are inconsistent with the sustainable and inclusive growth that Latin America needs. 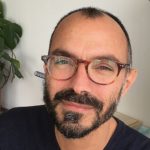 Professor of Economic Law, School of Law, Universidad de Valparaíso. PhD from The London School of Economics and Political Science (LSE). He has taught courses at Durham University and the Institute for Global Law and Policy (Harvard Law School).