In February 2022, China and Russia issued a joint statement projecting a shared world vision. At that time, they argued, the world would cease to be unipolar, that is, the United States would no longer concentrate most of the global power. The world would be multicentric, with Russia and China as some of those centers. In March 2021, the Biden administration, in its National Security Strategy, already pointed out two trends: China would be the only country capable of gathering economic, diplomatic, military, and technological power that could threaten U.S. hegemony, while Russia appears as a country capable of destabilizing Washington D.C.’s influence in the world. In this context, the Ninth Summit of the Americas is taking place in Los Angeles, United States.

The Summit of the Americas is a meeting of Heads of State and Government of the Americas held approximately every three years since 1994 to discuss common challenges, affirm shared values and commit to joint national and regional actions to address new and persistent challenges. Since their inception, Summits have often been characterized by the absence of leadership and the tackling of controversial issues.

In 2018, for example, Donald Trump did not attend the Lima Summit. It is also not uncommon to see Summits where declarations are not adopted by consensus, and controversial issues are often left out of the meetings. Controversies are also frequent about the threat of a boycott of the Summit as a result of the exclusion of countries such as Cuba. The difference this year is that the United States has reversed the position it had taken in 2015 when Cuba was invited to participate in the Summits of the Americas.

It is the host country that draws up the list of invitees and, in 2022, the United States left out Cuba, Nicaragua, and Venezuela. In a scenario where China is the main trading partner of the South American countries, these three countries form a troika that introduces Russia’s influence in the margins of power of the United States. If historically, the United States considers the Americas as a territory for (North)Americans, the geopolitics of the 21st century offers new challenges in the region that, however, run the risk of acquiring old solutions in the face of the lenses used by U.S. decision-makers.

In the 20th century, Washington D.C. instrumentalized Latin American and Caribbean governments to support pro-U.S. regimes, even though they had no commitment to democracy and human rights. Then, as now, the U.S. discourse was that the West represented the democratic and capitalist side of a war in which it opposed authoritarianism and socialism. However, Latin American countries, as long as they were geopolitically aligned with the United States, had their practices of disrespect for democracy and human rights accepted by Washington, D.C. – with the exception, to some extent, of the Carter Administration.

The exclusion of the troika from the Summit of the Americas reveals a similar selectivity. Countries such as El Salvador have a questionable democracy and do not systematically respect human rights, but were invited. According to the freedom index of Freedom House, the main Western think tank that measures these indexes worldwide, in Latin America not only Nicaragua, Venezuela and Cuba are not free, but also Haiti, invited by the United States to the Summit. Moreover, between 2020 and 2021, there was a downward trend in democracy indexes in the region, including countries such as Brazil, Colombia, Guatemala, El Salvador, and Mexico. In this sense, hosting the Summit and signing declarations celebrating the democratic values shared by the countries of the Americas could mean legitimizing governments that, although geopolitically close to the United States, are far from being champions of democracy and human rights.

Acting in this way generates medium-term costs for the United States itself, which ends up being seen by Latin Americans as an enemy of the will of the people, sponsoring power projects alien to the wishes of the people. In the face of China’s commercial primacy in South America and the Silk Road initiatives, it seems counterproductive for the United States to once again adopt a strategy of instrumentalizing regimes favorable to its interests, legitimizing governments that tend to be authoritarian and massively disrespectful of human rights just because, in the short term, they appear to contain the influence of China and Russia.

The selectivity of the Biden administration on the occasion of the Summit of the Americas is, therefore, a trap for the United States itself. It generates negative consequences for Washington D.C.’s interests in its immediate zone of influence. This situation becomes even more delicate since the foreign policy tradition of South American countries is based on the notion of autonomy, for instance, the notion that they should not automatically align themselves with any poles of global power. In these countries, the search for development involves the diversification of partnerships, and the establishment of good relations with all the poles of power to generate means to strengthen the economy and promote social justice in the region.

Given the Biden administration’s interpretation, which seems similar to that of the Cold War, the return of autonomous foreign policies by the countries of the Americas could generate the perception in Washington D.C. that the countries of the region are flirting with alignments with China and Russia, an erroneous perception that could generate U.S. support for regime change processes and authoritarian regimes. This attitude would therefore compromise the perception that the United States is a partner of Latin America and the Caribbean in strengthening democratic institutions, and respect for human rights and the environment, all of which are central agendas of the 2022 Summit of the Americas. 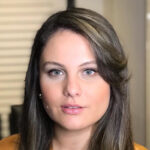