The issue of migration appears in the electoral campaigns of different countries, especially through racist, xenophobic and nationalist discourses against immigration. Conceived and amplified in the media, these discourses have tried to associate the growth of migration with economic crises, violence, and social problems in the receiving countries. In Europe, the United States, and, more recently, Latin America, far-right political parties have widely used these discourses to mobilize emotions and instill fear among voters.

In his last election campaign, former U.S. President Donald Trump sought to benefit from negative news about immigrants to gain public support for the passage of the law banning Muslims from entering the country and the extension of the wall on the U.S.-Mexico border. The Brexit campaign, which led the United Kingdom to withdraw from the European Union, was also driven by anti-immigration actions and the resumption of border control. Anti-immigration rhetoric has also been invoked in election periods to divert public debate away from issues such as inflation, unemployment, and lack of investment in social policies.

Although it is recognized that far-right politicians use migration for political gain, the 2022 elections in Brazil were marked by a different discursive strategy from the far-right represented by Jair Bolsonaro and the recent Venezuelan migration flows into the country. Between 2016 and 2020, around 261,000 Venezuelan migrants arrived in Brazil, according to data from the Interinstitutional Coordination Platform for Refugees and Migrants. Most of them are recognized as refugees, due to the reception policies implemented by the Bolsonaro government.

In Brazilian’s elections, the increased presence of Venezuelan refugees did not fuel anti-immigration discourses. On the contrary, the government and its allies used it to disseminate anti-Venezuelan rhetoric. By shifting from fear of the immigrant to the threat represented by his country of origin and its ruling regime, this rhetoric served for the far-right to warn about the risk of implantation of socialism and/or communism supposedly represented by Luiz Inácio Lula da Silva. Throughout Bolsonaro’s administration and during the electoral campaign, this rhetoric has driven a type of narrative created and disseminated by conservative Latin American political sectors that have sought to link Venezuela’s current economic and political situation with other proposals coming from progressive camps in Latin America.

In the first presidential debate broadcast in August 2022, Bolsonaro used this strategy in his last intervention: “Who did Lula support in the past?”. He supported Chavez, he supported Maduro, where did Venezuela go? Today we receive more than 500 people a day in Pacaraima, fleeing hunger and misery, violence, weighing an average of 15 kilos less, and Lula supported these candidacies.”

The circulation of content on the humanitarian crisis in Venezuela attributed to Maduro’s authoritarian regime and triggering the massive Venezuelan migration had as protagonists Bolsonaro, allied politicians, voters, and government sympathizers, as well as Venezuelan immigrants themselves. The slogan “Brazil will become Venezuela”, which had already gained notoriety, was articulated in Bolsonaro’s campaign on different social networks and WhatsApp and Telegram groups of Venezuelan immigrants.

The slogan “Socialism segregates, Brazil welcomes“, accompanied by the image of two Venezuelan children, composed an institutional piece produced by Operation Acolhida, the Humanitarian Logistic Task Force of the Brazilian Army, together with the Communication Secretariat (SECOM) of the Presidency of the republic. The piece was disseminated, in turn, on social networks during the electoral period. It invited to know “the results of the Working Group that the federal government created to help Venezuelan refugees”. Operation Acolhida is also the central theme of the documentary Acolhidos – A verdade sobre o fracasso da esquerda na Venezuela (Hosted – The truth about the failure of the left in Venezuela), which analyzed the trajectory of Venezuelan refugees welcomed in Brazil.

The documentary, without identifying its author, circulated through social networks and WhatsApp groups after being shared on the YouTube channel of Brazilian businessman and journalist Paulo Figueredo, a Bolsonaro supporter who lives in Florida and works for Jovem Pan, a Brazilian commercial radio and television network aligned with Bolsonaro’s government. In the documentary, Venezuelan immigrants refugees recount their experiences to reinforce what the text accompanying its premiere on YouTube highlights: “Shattered lives, separated families, a whole society held hostage by a tyrannical and sadistic regime that has plunged 95% of the population into poverty and that has always counted on the support and admiration of the Brazilian left”.

Migrants also gain prominence in a video of a demonstration of Venezuelans in the city of Boa Vista, in which they asked Brazilians to vote for Bolsonaro. And in different messages could be read: “Vote, vote and confirm Bolsonaro 22” and “Reflection of those who feel in their skin what communism is”, “This is really a moral lesson for ‘the Brazilians’, PT never again”.

Eduardo Bittar, a Venezuelan digital influencer and general coordinator of @Rumbo_Libertad, which presents itself as a “Venezuelan combat movement beyond our border” has also acted in favor of Bolsonaro’s election with testimonies about the threat posed by socialism in his home country. On October 30, 2022, the date of the run-off in Brazil, Bittar posted on his Twitter profile a video in which he addresses Brazilians, in Portuguese, to warn that “there are two directions, one that leads to the victory of freedom, the other, is the path that my country, Venezuela, took several decades ago. You decide, whether you guarantee a homeland for the next generations or whether you punish everyone equally to live the hell of damned socialism that will end up making them flee this country.

Amanda Alencar is an Associate Professor at the Department of Media and Communication of the Erasmus University Rotterdam (The Netherlands).

Julia Camargo is a Professor of International Relations at the Federal University of Roraima and a Ph.D. candidate in the Graduate Program in Communication and Consumer Practices at ESPM (São Paulo, Brazil). 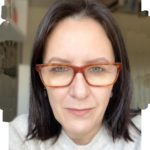 Professor at Escola Superior de Publicidade e Marketing, ESPM (São Paulo). Coord. of the research group Interculturality, Citizenship, Communication and Consumption. Researcher at the Institute of Communication of the Autonomous University of Barcelona.