What do thousands of Venezuelan migrants and the Spanish nobleman Vasco Núñez de Balboa have in common? Both were stowaways in the Darién Gap, a jungle between Colombia and Panama (one of the most dangerous areas in the world), with the aim of improving their lives. While Balboa is praised in history books for escaping his debts in Santo Domingo and seeking to recover himself financially, the migrants are stigmatized for leaving their countries of origin in search of a better future for their families. We know about the nobleman from the Spanish Chronicles of the Indies, but we know about the migrants and their experiences through their videos on TikTok. This social media app has provided us with first-hand knowledge of the day-to-day journey of these new nobles as they cross the Darien Gap in search of the American dream.

TikTok, in addition to viralizing choreographies and duets or the reactions of Generation Z, has also gained popularity among migrants from the region as a way to tell their stories of surviving the Darien. Either because of its ease when it comes to video editing or its short duration, this type of content is predominant in TikTok, and scarce in other social networks such as Instagram, Twitter, YouTube, and Facebook. This social and digital phenomenon is relevant in the region, as the hashtags #selvadarien, #selva, and #darien have been used about 1,900 times in Colombia, 1,737 in Chile, 1,368 in Peru, 312 in Mexico, and 280 times in Spain in the last 120 days, according to TikTok’s creativity center.

The global TikTok phenomenon has stirred up all kinds of controversy. There is the technological and legal tension between the platform’s founders (a Chinese company) and the United States due to the alleged theft of personal data of North American users. This is in addition to a lack of transparency about the nature and operation of the algorithm and its content moderators, which allegedly discriminated against certain minority groups. In Latin America, the discussion has been more nuanced, as it has not focused exclusively on national security issues or the algorithm, but has covered the phenomenon of disinformation, youth entertainment, the pandemic, political communication, particularly in the presidential election period, and education.

However, so far, the migration phenomenon and its role on this social network has not been addressed in depth, even though it is the most extensive digital compilation of this difficult reality.

The New Indian Chronicles of #darien

The platform could be considered a public travel diary in video format that compiles and portrays the journeys through the Darien Gap. The content produced by migrants can be categorized into four main themes: suggestions for travel routes, descriptions of the dangers of the jungle, the search for missing relatives, and jokes or parodies of migrants. All this content is accompanied by a large number of comments from users who are in other countries, either planning to start their journey, sharing their experiences, or simply sending encouragement to their compatriots.

Regarding suggestions for travel routes, this includes a series of videos. First, there are videos on the safe places that migrants should look for, some videos even contain handmade maps of the roads, schedules, and departure times. It is common to find that the entrance to the Darien Gap through Colombia must be from Capurganá and Banderas. These trips last approximately 10 to 15 days on foot, and the cost can range between 50 to 100 dollars. The other suggested route is by sea and is presumably safer. You must take a boat, chalupa, or yacht service from Necoclí, Colombia, to Carreto, Panama. It takes 2 to 4 days and costs up to $500 per person.

Many videos also make suggestions to the soon-to-be migrants on how they should dress and what to carry in their suitcases. For example, users recommend taking two or three sets of clothes, rubber boots, canned goods, and pots to boil water to avoid dehydration.

Descriptions of the jungle and how it affects health are common. In some videos, the Darien Gap is referred to as the entrance to hell. Some of the most common concerns are the river crossings due to the flooding caused by heavy rains, the mountains they must climb in groups, and the archaic tools they use to negotiate these geographic features. These risks result in accidents, which can cause death in the worst cases. Finally, the content that has become the most viral on TikTok is the search for people who have undertaken the route and have lost contact with their families or for those who have gotten lost in the middle of the journey.

New formats, more evidence
TikTok has become a new Indies diary that allows the rest of society to see this migratory phenomenon almost live and told in first person by its protagonists. Years ago, it was impossible to find this type of content on Instagram or YouTube, as their formats and algorithms require viral material to be much more elaborate. But today, thanks to this social network, it is possible to corroborate the alarming figures offered by international organizations, such as the United Nations. By July 2022, around 50,000 people had entered Panama through the Darien Gap. Of these, more than half were Venezuelan migrants; 7.9% were Haitians, and 5.2% were Cubans, as well as some 50 other nationalities. Given these circumstances, this network not only gives us an idea of the number of people exposed to this journey, but also of its extremely harsh conditions. 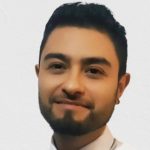