Almost two decades ago, a constitutional reform was approved in Uruguay through the “plebiscite for water”, promoted by civil society organizations that came together in response to the threats of a growing wave of privatization of water supply services. This reform not only determined the provision of public sanitation and water supply services for human consumption, but also the human right to water, and the participation of users and civil society in all planning, management, and control of water resources. Thus, river basins were established as basic units.

In Latin America, as in the global context, there is a trend of change in water management and governance, which implies a transition from centralized and technocratic to decentralized, integrated, and participatory models. However, while regulatory frameworks play an important role in the transition to a new governance model, they are not sufficient ingredients.

Water resources have historically been managed through a technocratic approach from the central governments’ spheres, which has been based on the paradigm of forecasting and control. This path, which still predominates in several contexts, has led to many consequences for ecosystems and the societies that depend on them, giving rise to alternative approaches in recent decades.

The Laguna del Cisne is an important source of water in Uruguay and supplies some 30,000 residents and 70,000 visitors during the summer months. Between 2008 and 2010, a socio-environmental conflict began linked to the first transgenic soybean crops and other crops related to the application of pesticides in the basin. Thus, civil society groups and users undertook actions to pressure the government institutions to implement measures to protect the basin from contamination, in order to stop spraying pesticides and ensure water quality.

Finally, in 2014, within the framework of the National Water Policy, the Laguna del Cisne Basin Commission was formed (made up of government, users, and civil society groups), which became an important sphere for coordination and discussion to advise on management. Based on the commission’s work, the departmental government has drafted regulations that include measures to prohibit land spraying with self-propelled sprayers, the transition to sustainable production models, watercourse protection strips, and the establishment of a water quality monitoring plan.

This model, as well as other alternative management models, tends to recognize the variability, dynamics, and uncertainty of watersheds; to accept the validity and contributions of local knowledge acquired through practice and the close link with the environment, as a complementary source to scientific and technical knowledge. Another tendency of these models is to encourage the participation of different actors, governmental and non-governmental, creating spaces for interaction among them, with the aim of making contributions to water management.

Within this framework, the GovernAgua Project, led by SARAS Institute, seeks, through a transdisciplinary approach, to understand and promote adaptive and anticipatory water governance in South America. In fact, the transition from a centralized governance model to participatory or networked governance involves several challenges. One of them is to overcome the fragmentation of management purpose between government institutions involved in environmental protection and agricultural production in countries such as Argentina or Uruguay.

Another important challenge has to do with implementing relevant participatory processes and making decisions collaboratively among the different actors involved, in a way that their voices are truly taken into account. Often, the challenges are due to prevalent models of centralized governance or market governance, as in the case of Chile, where there is a market to allocate the resource, which generates strong inequities in access to water.

At the regional level, many countries have opted to establish in their legislation the creation of basin committees and other similar bodies to support the management of water resources. But the characteristics of these forums and bodies vary from one country to another, and even within the same country.

In Argentina, for example, each province has its own legal framework for water resources management, and the composition of the committees varies between them. Some provinces have not even formed any committees. In Brazil, the basin committees play the role of coordination and deliberation among the different participants, arbitrate conflicts related to water resources, and approve the Water Resources Plan, among other assignments. In Uruguay, the so-called basin and aquifer commissions collaborate in the formulation and implementation of local management plans, articulate different actors, and support resource management, among other tasks.

In short, participatory governance includes participants directly involved with water and watersheds, making it more democratic than other types of governance. In addition, the areas of articulation involving several actors allow different types of knowledge to be brought together for decision-making and are therefore more in line with the realities of the territories. Participation in the management process is also associated with greater acceptance of the proposed measures.

The combination of several of these aspects implies that these governance systems are better prepared to deal with unpredictable changes and to adapt, since they have interaction between organizational levels, between different actors and with various sources of knowledge, and also have a greater diversity of actions to be considered.

Managing water in the face of climate change

These characteristics are especially relevant in the context of global environmental changes and climatic emergency that intensify the water crises the region is going through. Droughts, floods, and loss of water quality due to excess nutrients or sediments arise as a result of interactions between social, political, economic, and climatic factors. In addition, water crises (which not only concern water but also land use) are also known as “governance crises”.

In order for basin committees and other similar bodies to play an important role in this governance in the context of water crises, it is necessary to strengthen their functioning. This may imply the institutionalization of these committees with specific rules on their composition, competencies, work dynamics, etc., but also the allocation of the necessary resources so that they can fulfill their competencies.

Government institutions often have limited capacities to advance in this transition toward participatory models, which is reflected in the lack of compliance with the so-called quality markers of participatory processes. In this sense, and because they are consultative or advisory spheres, it is essential that government institutions take into account the contributions and proposals that emerge from the committees. Failure to do so leads to deterioration and is one of the reasons for their abandonment.

Latin America must continue to make progress in the transition from centralized to participatory water governance, but there is a long way to go. And, among other issues, Academia must promote the development of transdisciplinary research that brings together non-academic actors directly involved in watersheds and their management, in the search for solutions in different contexts. 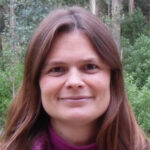 Associate Researcher at the SARAS Institute (Uruguay). PhD in Natural Resource Management and Environment from the University of Manitoba, (Canada). Specialized in governance and co-management of socio-ecological systems.