Presidential diplomacy in Latin America always has an extra condiment. Regardless of whether they are Ibero-American, American or South American summits, the different personalities and orientations of their leaders generate impact and debates that, although they are unlikely to produce profound changes, show a snapshot of the region’s juncture and, at the same time, shape future agendas for political debate.

The Summit of the Americas held in Los Angeles during the second week of June was no exception. The fuse was lit when the U.S. President Joe Biden announced, at the last minute and after weeks of uncertainty, that the presidents of Cuba, Nicaragua and Venezuela would not be invited to the conclave. This decision marked the event, which will surely go down in the history of summits for the absences and the debates that followed.

Everyone plays their own game

The summit finally became a space that privileged the internal (national) demands of the different presidents. Just as Mexican President López Obrador sought to consolidate his own political capital, the harshness of the U.S. President Joe Biden towards dictatorships can also be understood with a view to further strengthening his image as an international leader, after meeting with the presidents of the Association of Southeast Asian Nations (ASEAN) in the United States and traveling to Japan and South Korea. And of course, on the horizon are the November Senate elections when 34 of the 100 seats will be chosen.

However, much of the underlying problem arises because the United States also showed that its lack of policy toward the region has consequences. At the 2015 summit, Obama covered up Cuba and invited it to participate in the event. In the 2018 Summit, Trump did not even deign to attend, and in this one, again, restrictions on dictatorships appeared. This only highlights the absence of a coherent and sustained policy over time of the northern power towards the region.

Therefore, it is of no use to look for punctual stagings such as the one offered by a presidential summit without major concerns for the practical effects. The truth is that the issue of respect for democracy does not appear as a permanent concern on the agenda of American countries in general and the United States in particular. And this is not only done by imposing punishments or turning a blind eye, depending on the occasion, but with continuous policies, before and after the summits.

It has also become clear that the de-democratization that the region is experiencing is not only not a concern for many American governments, but that an important part of civil society organizations have come out, some more clearly than others, in defense of the three dictatorships in question.

There is a perception that the United States is no longer a predominant factor of leadership or that its voice as a promoter of democracy has been greatly devalued. Its break with the Central American countries, which were its historic allies, is a sign of this. The same counts for the risky bet on Xiomara Castro in Honduras, as a way of balancing regional power. The absence of Xiomara Castro, and her alignment behind the dictatorships of the region, was the first setback of this merely reactive policy.

What the summit did show was the existence of a vacant space for democratic leadership. The United States left a vacuum, relegating Latin America to the top of the list of concerns. Today that vacuum is being filled by other powers such as China and Russia. This has strengthened the power and self-esteem of the authoritarian sectors at the same time as it has disarticulated the democratic ones.

But beyond the negative sensations, a positive aspect of the summit is that the debate on democracy has come to the forefront. It has also become clear who has defended the role of dictators as legitimate rulers, which has made evident the clear authoritarian advance in the region.

What matters now is how this story continues. It is a matter of sustaining an effort to shield and protect democracies in crisis and to permanently support the genuinely democratic sectors that survive, sometimes under very harsh conditions.

Max Povse is a political scientist, professor and researcher with the Asia and Latin America Studies Group at the University of Buenos Aires.

Fernando Pedrosa is professor and coordinator of the Asia and Latin America Studies Group at the University of Buenos Aires. D. in contemporary political processes. 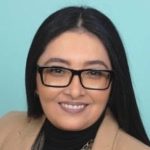