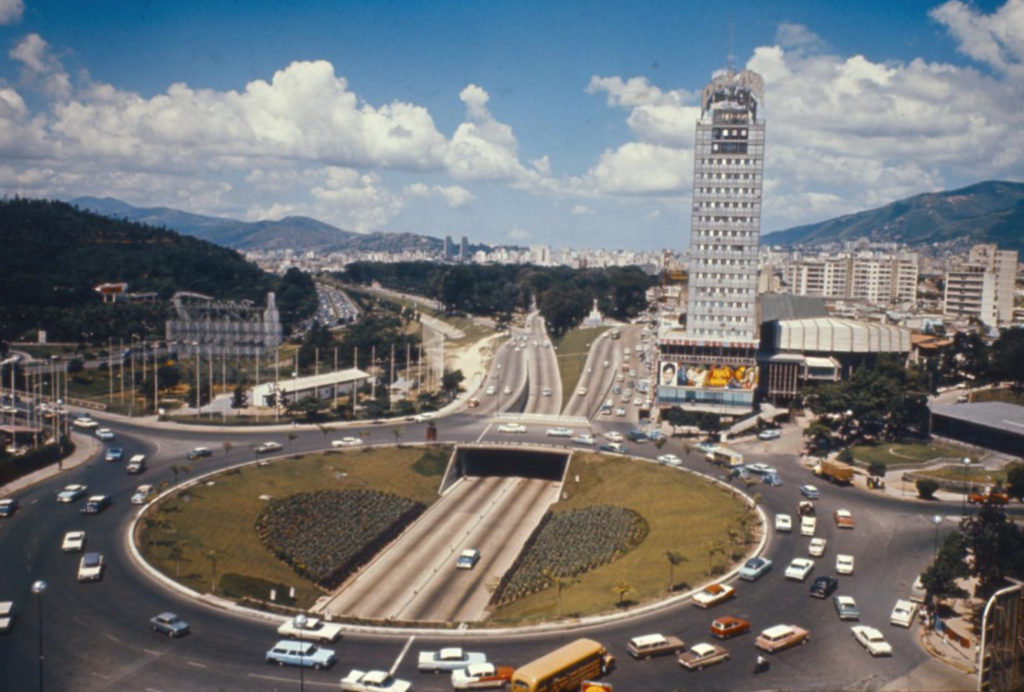 The question with which Mario Vargas Llosa’s novel “Conversation in the Cathedral” begins serves as a pretext to introduce us to the discussion about Venezuela. The complex and multifaceted crisis that this country is experiencing is increasingly becoming a reason for readings that go beyond the Chavista era. Paraphrasing what the Nobel Prize winner wrote, we could actually ask ourselves if it was with the arrival of Chavism to power that Venezuela got screwed.

A recent analysis forum, organized by the Universidad Católica Andrés Bello in Caracas, was attended by Venezuelan academics living in other countries, analysts still living in Venezuela and what we could call “Venezuelanists”, which are scholars of the South American country interested only in Venezuela as the subject of study.

Under the category of de-democratization, we have begun to reflect with a long-term view on why Venezuela reached the current level of political and institutional deterioration. What has happened in this country, which four decades ago was considered as an example of a democratic model, amid a South America ruled by military governments. Today, however, it is at the bottom of the different indexes specialized in liberties, democracy and the rule of law.

The irruption of Hugo Chávez

The irruption of the commander at the head of a failed coup d’état in 1992, the spontaneous connection of many ordinary Venezuelans with that coup leader and not with the head of State who defended the institutions, together with the unprecedented alignment of actors of the bipartisan political system with the postulates of the military who took up arms constituted clear signs that stormy times were to come.

The picture of February 1992 is very symbolic of the crisis that opened the way for the outsider who had a discourse of radical change. Then President Carlos Andres Perez managed to avoid the coup d’état, but symbolically, Chavez won. Due to a mistake that no military member of the high command at the time explained, the commander who had risen, and yet had already surrendered, was given the opportunity to address the country through the national television. It was a brief but powerful message.

In that carnival, in the streets of Caracas, many children wore costumes of the rebel Commander Hugo Chávez. The phrase he used that he was “defeated for now” and his decision to show face and personally assume defeat, ended up catapulting Chávez in the public opinion. He went from being a total unknown to being the figure that connected with the desire for change that was already being forged in the country.

The democratic dismantling prior to the Comandante’s arrival

In January 1988, on the 30th anniversary of the democratic system, a special issue of the SIC magazine—published by the then politically influential Gumilla Center—uncovered a series of basic problems that the political-institutional model had not been able to solve. After going through the 70’s, in what was known as the “Saudi Venezuela” due to the oil boom that began in 1973, the image was of a hangover in the following decade. The country was left with a huge foreign debt; public education and social security were failing; most Venezuelans were already in poverty.

The dream of democracy of 1958 was beginning to fade for many. That year saw the end of the military dictatorship of Marcos Pérez Jiménez. The armed forces stopped supporting him, amid a climate of protests, social mobilization and rejection of the regime. After the dictator fled, the veteran Rómulo Betancourt, who was the first elected president to finish his term in office, returned to the country as did many other exiles.

Although Acción Democrática, the party he had founded in 1941, was the first national force, during his exile Betancourt learned about the mistakes of his sectarianism in the 1940s. In 1958, he managed to iron a pact that not only included the other two democratic parties of reference, the Social-Christian Copei and the centrist Unión Republicana Democrática, but also businessmen and trade unions. SIC magazine called it “the conciliation pact of the elites”.

The democracy agreed upon in Venezuela worked well in its first fifteen years. It guaranteed universal suffrage, promoted social reforms, offered public education and in general terms modernized Venezuela. The oil boom brought the mess. With public budgets tripling from one year to the next, corruption spread and expectations of wealth were created in various social strata, but without a major effort in increasing production. That magical wealth turned things upside down.

The political class, which in the 1960s faced various challenges, including the guerrilla supported by Castro’s Cuba that successfully overcame, shipwrecked in the 1970s. It was unable to respond either politically or institutionally to the management of such enormous resources. In Venezuela, making politics became a synonym for enrichment.

Stuck in the scheme of how to distribute wealth and manage a petro state, political leaders overlooked the fact that the main capital of a country is the population, its people. They distanced themselves from the people, they even ceased to be the people themselves, despite the fact that all of them, with few exceptions, had a popular social background.

The 80’s are synonymous with the word crisis in Venezuela. In 1983, the first currency devaluation took place and the State was literally bankrupt. A decade after having swum in resources. Years of economic contraction and a decline in all social indicators followed suit. In February 1989, Venezuela made international headlines when the social outbreak known as “El Caracazo” occurred.

There is no doubt that the destruction of democracy in Venezuela is the responsibility of Chavismo. The point is to be aware that Chávez’s arrival to power, and the popular connection with his project of radical change, was possible to the extent that the democratic system was already eroded and eroding. Before 1999, unfortunately, the de-democratization of Venezuela was underway.