When the Auxilio Brasil allowance of 600 reais (around 110 dollars) began to be paid in August of this year, the expectation was that its “turbo-charged” version would improve the president’s image in electoral polls, especially among the most vulnerable sectors of the population. Less than five days before the elections, all polls indicate that the cash-transfer program effect, if any, was minimal.

Why did the 600 reais aid not boost Jair Bolsonaro’s popularity among the poorest? One hypothesis is the allowance’s loss of purchasing power before inflation. However, even if it is outdated, the 600 reais aid represents a substantial increase when compared to the average amount received by the Bolsa Familia’s beneficiaries, a program implemented during the governments of former president Luiz Inácio Lula da Silva, Bolsonaro’s opponent. If the value of income support were so decisive in defining the vote of the poorest, it would be difficult to explain why Lula appears in the polls almost 30 points ahead of Bolsonaro among those with income up to two minimum wages.

The null impact of the “turbo” aid on Bolsonaro’s popularity is not, therefore, a simple consequence of the decline in purchasing power. In fact, there are two complementary reasons to explain this fact. The first is that, although important, cash transfer policies are not the only parameter that poorer voters use to evaluate whether a politician has governed taking into account the vulnerable strata. The second reason is that the popular sectors associate increased income support with vote buying.

It has long been a common view that the advantage of the Workers’ Party (PT) candidates among low-income and northeastern voters was a Bolsa Familia result. However, contrary to the assumption of this long-held view, low-income voters use a myriad of everyday experiences that they know are affected by policy decisions to assess whether a ruler has worked for the poorest.

In conversations held with low-income voters in Sertão Baiano (Bahia’s hinterland in Brazil) for my research, even among those who said they were not Lula voters, the assessment was recurrent that the former president had “looked at poverty.” The Bolsa Familia program was one factor, among others, cited to exemplify how Lula had worked for the poorest. Voters also mentioned policies from which they had benefited directly and those that indirectly affected their daily reality. Comparisons about purchasing power, access to consumer goods or even the regularity of school meals were common.

During Bolsonaro’s government, in turn, low-income voters have no other tangible examples in their daily lives of improvements in their living conditions beyond Auxilio Brasil. Seen from this angle, it is not surprising that the increase in this program is insufficient for the poorest to see Bolsonaro as a ruler who has “looked at poverty.”

As for the term of the increase, it is a factor that reinforces Bolsonaro’s image as a government that does not pay attention to the poorest. Voter interviews and public opinion polls show that beneficiaries see the increase as an attempt to manipulate their votes. This is because any benefit distributed by politicians during the election period is seen in the popular imagination of the poorer classes as vote buying. When the beginning and end of the payment coincide with the election campaign period, it is almost impossible to undo the association established by voters between increased aid and vote buying.

But, if the poorest voters were indeed susceptible to being “bought”, what would be the problem for them to associate the increase in the benefit with vote buying? The problem is that, contrary to traditional assumptions, low-income voters perceive vote-buying negatively, precisely because they take it for granted that vote-buying candidates abandon voters after the election. Thus, by having a programmatic purpose, Auxilio Brasil inadvertently links Bolsonaro’s image to that of politicians who “only help every four years.”

Besides having little in his government to show that he prioritized the most vulnerable, the temporary increase in Auxilio Brazil ends up corroborating among the popular classes the perception that Bolsonaro is a politician who neglects the poorest.

The insignificant performance of the “turbo-charged” Auxílio Brazil in Bolsonaro’s popularity among the popular sectors leaves, therefore, two important lessons. First, it is necessary to overcome the preconceived idea that the electoral behavior of the poorest is governed only by the cash transfer policy of the moment. The most vulnerable voters make a programmatic reading of electoral disputes that involves a multifaceted evaluation of the performance of the leaders.

Second, it is necessary to refute the idea that low-income voters are so needy that they are prone to have their vote determined by the benefits distributed during the election period. The poorest know how to identify attempts to manipulate their vote and also know how harshly to criticize politicians who act as if they can trade voters’ political autonomy for handouts.

This critical and programmatic reading of politics by the popular sectors was not born in these elections; it has always been present. Who knows, maybe now we are more attentive to listening to it. 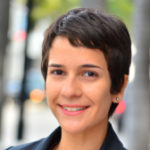