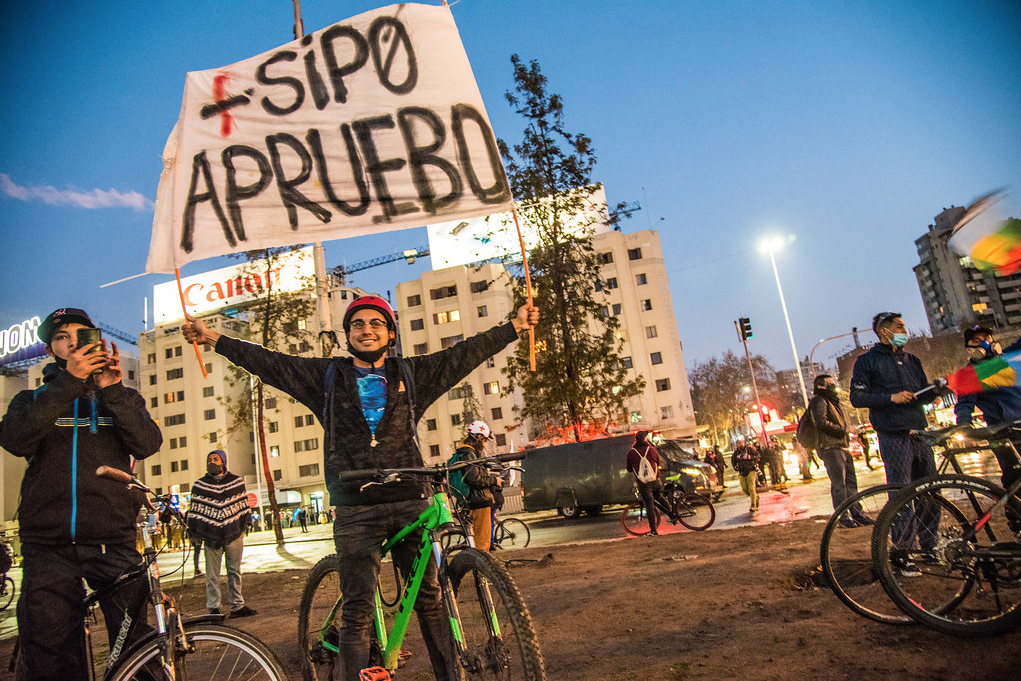 On October 25, Chile will face its most important election since 1988, when a plebiscite began the transition to democracy. In 2020, again through a plebiscite, the citizenry will be able to decide whether to initiate a process to replace the constitution inherited from the Pinochet regime (“approval” or “rejection” options) and the type of convention that will have to draft it (“mixed convention” composed of half of practicing parliamentarians and half newly elected officials, or the “constitutional convention” with 100% elected members for that purpose). This process, the result of a cross-cutting political agreement, seeks to institutionally channel the crisis that broke out in October 2019, in which the bases of the development model were called into question in a context of extensive, prolonged and heavily repressed protests.

Both the protests and the election process were frozen in mid-March with the arrival of the Covid-19 pandemic. The plebiscite, initially scheduled for April, had to be postponed as political discussion shifted to healthcare and the social and economic effects of the pandemic. Beyond the postponement, the pandemic has had effects on two different arenas of discussion.

On the one hand, as in other countries, the pandemic has had uneven consequences. The possibility of effective quarantine is reduced given the poor conditions of habitability, unemployment and informality that afflict important sectors of the population. The pandemic has also revealed the little progress made in gender equality, particularly in the area of care and how fragile the incorporation of women into the labor market has been. These issues become relevant considering that, among the mobilized actors, feminist organizations have played a leading role.

Once infected, the lethality of the virus is also heterogeneous. Recently, the testimony of a former official of the Ministry of Health indicates that people infected with the virus who have public health insurance are 86% more likely to die than those with private insurance, which is supported by preliminary analyses regarding the territorial distribution of the dead. These debates kept on the agenda the fundamental criticism of the multiple and deep inequalities and segregations existing in the country that the constitutional debate seeks to address.

the pandemic, left aside the electoral discussion on how to carry out the plebiscite

On the other hand, the pandemic, left aside the electoral discussion on how to carry out the plebiscite. Until the end of July, when it was approved to allow the withdrawal of 10% of individual pension funds as a measure to alleviate the crisis, the political and legislative discussion was centered on the (late and insufficient) initiatives of the government to address the effects of unemployment and decreased income of an important part of the population. And implicitly, uncertainty persisted as to whether the health situation would allow for the holding of the plebiscite or whether it should be postponed again, avoiding any advance measures regarding the electoral process. Thus, it was only in August that special measures to carry out the plebiscite began to be discussed, when it was already very late.

Because of this postponement of the debate, it was finally determined that people infected with coronavirus (with a PCR+ test) will not be able to vote, depriving around 15,000 people of their right to vote. Alternatives such as home voting were briefly discussed, but there was not enough time for a legal change.

Moreover, there is the additional difficulty of creating a census in advance, since the list of infected persons varies on a daily basis, so this solution would probably be partial. Hopefully, the issue can be resolved well in advance of next year’s election processes, when we will likely still be in a pandemic. And the discussion put on the table the reality of other populations that are de facto unable to exercise their right to vote, such as people deprived of liberty who have not been accused of a crime that deserves full affliction.

Among the special measures that were adopted in order to achieve a safe plebiscite are the delivery of health kits to those who serve as table spokespersons, the incorporation of facilitators to ensure that the distance between people is respected, the extension of voting hours, the increase in the number of voting places to avoid crowding, and the establishment of a preferential schedule for the voting of older adults.

Chile has a voluntary vote and no minimum level of participation in the plebiscite is required. However, the level of participation is certainly linked to the legitimacy of the process and more than the result itself – there seems little doubt that the option will win – the big question is how many people will vote. This is despite the fact that comparative evidence shows that the pandemic has not significantly diminished the number of voters. In Chile, in the last presidential election, only 46 percent of the electorate voted. The polls predict between 60-70% participation, figures that show the process of politicization that has taken place in the last year. In any case, a halo of uncertainty remains.

In addition to the fear of contagion, there are other factors that can impact participation derived from the pandemic, but also from the lack of clarity of the authorities, late decisions and insufficient information. Campaign activities have been severely reduced, with no possibility of mass events, affecting the election climate to some extent. It is a question whether the adjustments made to the process – such as local voting changes or the extension of the hours – will be incorporated by the citizens. And with two weeks to go before the election, no free or discounted transportation alternatives have been announced.

The constituent process is rejected by minority but strong voices. Certainly, questioning and sabotage attempts will continue throughout the process, including when the convention must determine its rules of operation and when substantive debates are entered. Right-wing sectors will seek to keep the new constitution as close to the status quo as possible. Sectors of the extreme left, for their part, will be able to question the process if they do not meet its maximalist demands. Consequently, beginning the process with significant levels of participation, even more so in the midst of a pandemic, is the main argument for silencing the voices that question the legitimacy of constitutional change. 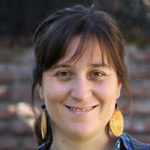