At the United Nations Climate Change Conference (COP27) in Sharm el-Sheikh in November, the creation of a Loss and Damage Fund was unanimously approved, specifically for countries most vulnerable to climate change. This “historic demand of the nations of the global south” (the third pillar of the Paris Agreement) was one of the thorniest and most polarizing issues addressed at the conference. But, finally, after much discussion, delegates decided to incorporate it into the official agenda.

According to the Climate Roadmap, loss and damage refer to the adverse impacts of climate change that people have been unable to cope with or adapt to, leading to irreparable damage or irreversible loss. Losses or damages can be of an economic nature as well as of a cultural, traditional, or linguistic nature, as in the case of the displacement of affected island communities.

In the context of the United Nations Framework Convention on Climate Change, the concept of loss and damage dates back to a 1991 submission by Vanuatu, a small Pacific island, on behalf of the Alliance of Small Island States, requesting a common insurance pool to be financed by developed countries and support to cover the economic burden. In this way, it sought to compensate for the losses and damages suffered. However, there is a difference between the funds that developing countries are requesting for “loss and damage” and the assistance they are requesting to help them adapt to climate change.

The issue of loss and damage is particularly relevant for Central America. According to Germanwatch’s 2021 Global Long-Term Climate Risk Index, Guatemala, Nicaragua, El Salvador, Honduras, and Costa Rica have been the most affected over the past two decades. They are also among the 100 countries with the highest vulnerability to climate-related losses.

The situation is similar for the Caribbean Small Island Developing States (SIDS), which are disproportionately facing the catastrophic effects of climate change. Haiti is recurrently affected by natural catastrophes and ranks among the top in both the long-term and last year’s index.

For its part, the Intergovernmental Panel on Climate Change (IPCC) also states that a significant link has been established between changes in weather patterns and adverse impacts on human health in the countries most vulnerable to climate change. This is due to the emergence of “ailments in previously non-endemic regions” such as respiratory and cardiovascular diseases, vector and water-borne diseases, hantavirus and rotavirus, chronic kidney disease, and even psychological problems.

Although risk factors vary widely in these regions, extreme weather events are causing successive disasters on a national scale in these countries. Declining precipitation trends, rising temperatures, and extreme temperatures are the main drivers of the climate crisis. This translates into an increasing loss of human lives and economic damage and losses that account for a growing share of the countries’ gross domestic product. The destructive potential of these phenomena increases inequality within and between nations in the region, which represents an existential threat.

Within this framework, in order to advance in the creation of a fund for loss and damage, a transition committee was organized, which is responsible for defining, within a period of one year, the agenda for the operation and financing of the fund with a view to its adoption at COP28. The fact is that “loss and damage” have been a formal issue in the UN negotiation process since 2010.

For a greater impact on the decisions to be adopted, the transition committee should consider what is defined in the Enhanced Transparency Framework (ETF), of the Paris Agreement, by assessing and collecting data on the observed and potential effects of climate change. In addition, actions on prevention should be evaluated and losses and damages due to adverse effects should be considered. Finally, institutional arrangements that support the implementation of activities related to loss and damage prevention should be studied.

The agenda on financing loss and damage raises the urgency of guaranteeing at least US$100 billion per year and allocating at least half of it to adaptation. However, in Latin America and the Caribbean alone, it has been estimated that an annual investment of between US$472 billion and US$1,281 billion is needed to respond to the climate crisis and related social challenges by 2030.

As for commitments by financial institutions, while this should be primarily the responsibility of developed countries, COP27 widened the window for increasing sources by including China in the list of donors. However, this financing can be a double-edged mechanism, due to the weight of foreign debt in the various developing countries. It would therefore be necessary to propose negotiations for debt cancellation during climate-induced crises or to generate innovative instruments to mobilize resources for financial losses and damages that may be irreversible. 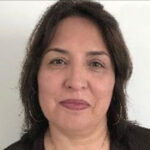 PhD in Political Economy of Development, Benemérita Universidad Autónoma de Puebla. Member of the National System of Researchers of the National Council of Science and Technology (CONACYT).