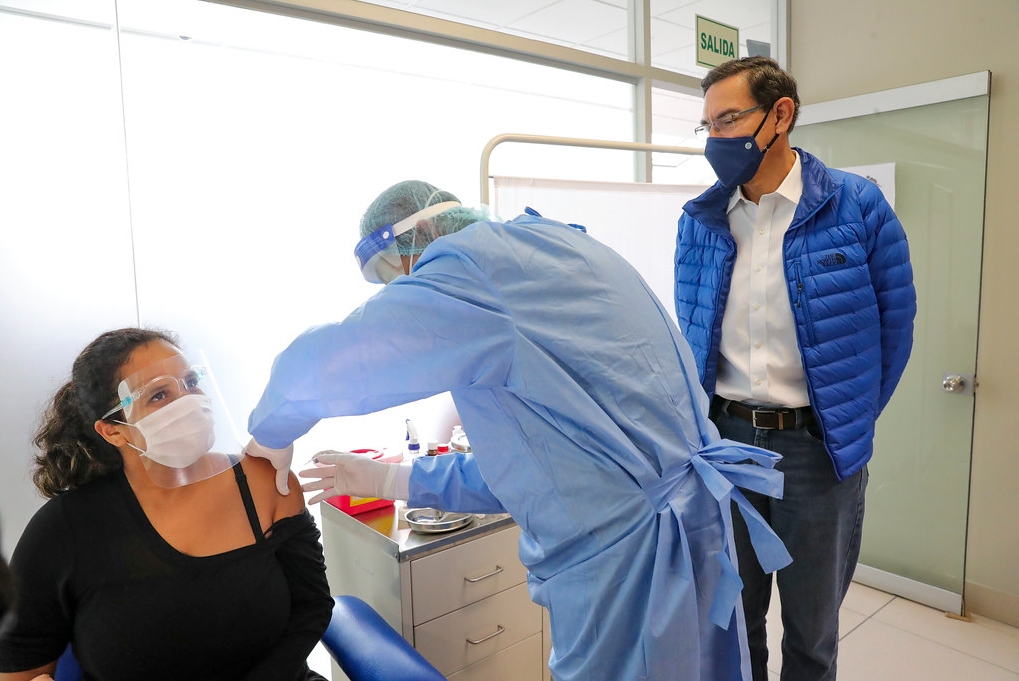 As major clinical trials come to a close, the World Health Organization estimates that 2 billion doses will be needed by 2021. Everything indicates that, once the first vaccines are available, the logic of the market will take precedence. Who goes first?

Nine months into the pandemic, no action has been taken to declare these vaccines a global public good. It is estimated that wealthy nations – with only 13 percent of the world’s population – have already pre-acquired half of the world’s potential vaccine supply. In addition, the various laboratories involved in manufacturing continue to demand exclusivity and intellectual property protection. This prevents low- and middle-income countries from preparing more quickly to produce and export generic versions.

the debate on health sovereignty in Latin America takes on a central role.

Here the debate on health sovereignty in Latin America takes on a central role. On the one hand, there is the Covid-19 Global Access Fund for Vaccines (Covax initiative), a public-private initiative co-led by the Gavi Alliance for Vaccines (Gavi), the Coalition for the Promotion of Innovations in Epidemic Preparedness (CEPI) and the World Health Organization (WHO). COVAX aims to become a global mechanism for the purchase of vaccines. On the other hand, the coronavirus vaccine produced by Oxford University and AstraZeneca, will be available on a non-profit basis “in perpetuity” to low- and middle-income countries through the COVAX program.

While this may become a global mechanism for vaccine purchase, it does not guarantee sustained equitable access or its relationship to the challenged patent system. Here are two new facts that reposition Latin America in the debate on health sovereignty: one, Argentina and Mexico will be the countries in charge of manufacturing the Oxford-Astra-Zeneca vaccine in Latin America. Second, the President of Costa Rica, Carlos Alvarado, supported by 37 countries, has promoted a proposal within the World Health Assembly for a pool of voluntary licenses for drugs, vaccines and technologies to be freely shared.

At the most critical moment of regional integration, can Argentina and Mexico be pivots in building regional relationships around vaccines as a regional public good in order to address health challenges and their social, political and economic determinants? Can the region become a key player in this new phase of the pandemic in the search for mechanisms to ensure equitable access?

The Covid-19 in Latin America reveals and deepens immediate health challenges in weak, or weakened, states with fragile health systems, as well as medium and long-term challenges related to combating poverty and socio-economic and gender inequality and inequities. It should be remembered that Covid-19 is in addition to epidemics such as dengue fever, the cases of which have exceeded 1.6 million so far this year, mostly in Brazil, Paraguay, Bolivia, Argentina and Colombia. In addition, there are cases of Chikungunya, Zika and Malaria, with Venezuela leading the way since 2017.

Indeed, health crises exacerbate all forms of social injustice manifested in inequalities in access to health services, education, access to social protection, and gender justice. ECLAC has called for the reconstruction of a regional social pact that, at best, promotes a sustainable and inclusive development model, and at worst, mitigates the loss of progress in the fight against poverty and inequality. This is a healthy expression in a context where, until now, the priority has been to encourage individuals to leave in order to contain the expansion of the Covid in most countries.

Unlike in the past decade, there is no common engine but rather a retraction of regionalism associated with the loss of regional leadership.

In fact, the pandemic is breaking out in a region that shows a clear incongruence between, on the one hand, the increase in regional and border problems and, on the other, the decrease in concerted responses. Unlike in the past decade, there is no common engine but rather a retraction of regionalism associated with the loss of regional leadership. In addition, there is a minimalist agenda associated with trade, which explains the absence of solid regional responses to the crisis and, above all, to Covid-19.

There is also tension in political-ideological terms and significant differences among States on how to respond to the international geopolitical context. Even so, the race for a vaccine against Covid also accelerated the race for articulation and agreement in what would strictly be the reconstruction of health sovereignty.

Vaccine as an engine of integration? There is a legacy

A decade ago, UNASUR and Mercosur would have allowed for coordination and cooperation in the face of the health crisis, as well as a joint strategy for the purchase of medicines, including vaccines. It is sufficient to recall common actions in the framework of the H1N1 influenza pandemic, when the ministers of health met in Ecuador and agreed to undertake joint actions to establish mechanisms for the joint negotiation and purchase of the vaccine, aspects that would ensure equitable access, regional production capacity, antivirals and diagnostic kits.

In the area of access to medicines, for example, projects such as the Drug Price Bank were developed, and both UNASUR and MERCOSUR have been driving the joint negotiation of High-Cost Drug Prices. Even, at the global level, the countries of the region defended as a bloc at the World Health Assembly the intellectual property rights on access to medicines. In this context, they denounced the monopoly exercised by pharmaceutical companies, especially in the definition of prices.

Latin America has plenty of experiences and mechanisms to recreate health sovereignty through cooperation. A more effective articulation among regional integration mechanisms could allow for the expansion of the exchange of epidemiological and surveillance data, as well as the adoption of incentives for technological innovation. Strategies for the joint negotiation and purchase of vaccines and treatments for Covid-19 could also benefit greatly if the mechanisms could be developed in an articulated manner.

The vaccine does not erase what the physician and anthropologist Paul Farmer calls the pathologies of power, nor political-ideological differences that weakened regional structures as the basis of common strategies. Nor does it solve problems of trade diversion, much less is it an antidote for governments not to repeat the many discriminatory practices shown during the approach to the pandemic. As an example, policies that exclude refugees and undocumented migrants from access to health services and social protection systems.

The vaccine is a commercial incentive if you will. However, it can also be an incentive to energize a new regional social pact based on synergies between networks of laboratories and regional scientific communities, as well as an articulation of public and private efforts that privileges shared responsibility for universal and equitable access to vaccines as a regional public good, and to health as a universal right.

Photo of the President of Peru in Foter.com / CC BY-NC-SA