Since 2016 much has been written about the so-called post-truth. Given the novelty of what new technologies can do in the manipulation and distortion of reality, creating lies on a global and credible scale, fake news, and making it viral, specifically in politics, it would seem as if we are facing some new form of access to the truth, to better and more powerful ways of lying and distorting facts.

But the problem is not that people lie on that scale, but that there is no common reference to the search for truth. Faith in factuality has been lost because information circulates disconnected from reality and truth can be constructed and deconstructed without a common world to share.

The problem is not that people lie, because this is something that has always existed in politics, but that there is no distinction between truth and lies. We are witnessing a new blindness to the facts, because the truth is reduced to the subjective impression of each one and becomes the supreme truth for each one, without the need to confront it with factuality.

The real background problem is that people stop believing in the truth, and reality is disconnected from all the information that circulates. The real problem is individuals who cannot see others, but only themselves, enclosed in a deafening subjectivism that hinders them from listening to others.

The most serious problem facing today’s democracies, captivated and submerged in the tsunami of information and data management, is something deeper and more complex than the impact of new technologies and the indigestible flow of information that is continually being produced. The problem is the disintegration of a common culture, of a common awareness of what is real and of shared ethical minimums, all sustained by an individualism that is less and less capable of understanding life together with others.

In one of his latest essays, the philosopher Byung Chul Han (Infocracy: Digitization and the Crisis of Democracy, Polity Press, 2022) analyzes the impact of digitalization on the political sphere and the upheavals generated in democratic processes. Perhaps one of the most significant issues of his analysis, which does not appear so clear to contemporary analysts, is the structural change of the public sphere and the end of communicative action, due to the narcissistic enclosure of our time.

When the smartphone becomes a “mobile parliament with which one debates everywhere and at all hours”, digital swarms are created that permanently publish private information, accelerating the disintegration of the public sphere: “It produces zombies of consumption and communication, instead of empowered citizens”.

In a previous book (The Expulsion of the Other: Society, Perception and Communication Today, 2018), the philosopher describes the narcissistic culture in which we live, sick with egalitarianism and a subjectivist hyperindividualism that is incapable of listening to others’ voices. We are witnessing the end of discourse because discourse is a back-and-forth movement. When only my reality, my experience, my vision and nothing else matters, the other disappears and, with him, the fundamental of public discourse.

“The expulsion of the other reinforces the self-propagandistic compulsion to indoctrinate oneself with one’s own ideas. This self-indoctrination produces autistic info bubbles that hinder communicative action.” And as self-propaganda increases, only listening to oneself grows and nothing else.

A growing problem today is the inability to separate my opinions from my identity. Unable to distinguish people from their ideas, people “cling desperately to their opinions because otherwise their identity is threatened.” In this situation, Han understands that any attempt to change someone’s mind is doomed to failure: “They don’t hear the other, or they don’t listen to them… The crisis of democracy is above all a crisis of listening.”

Although the word empathy has become fashionable, it is missing, because the cult of the self makes us increasingly deaf to the voice of others.

The crisis of individual and collective memory

A crisis that is little repaired is the breakdown of traditions and the fracture of individual and collective memory that we are witnessing. A society that cuts off and forgets its roots loses its stories of meaning, orientation, and significance. The socialization of the new generations does not connect them with their roots, but with a flow of fleeting and atomized information. Not only is there a discrediting of history, tradition, and cultural roots, but they live on novelty and ephemerality, losing the connection with a common culture and therefore with minimum shared values.

All those who have made meritorious deconstructions, transformations, and renovations of the inheritance received, knew the past very well and knew how to get the best out of it to propel themselves into the future. But when deconstruction is confused with demolition and renunciation of someone’s own ground, you are left floating in the void, at the mercy of any wind and without orientation.

It is not by chance that the great drama of our time is the lack of meaning in life and the resurgence of fundamentalist and identity manifestations that seek to compensate for that loss, that seek to address that nostalgia for a lost and perhaps unknown time.

We need reflection, an in-depth analysis of the past and the present, and to recover our memory so as not to be adrift. At the same time, human life is only possible with others and for this it is necessary to see them again, to meet again, to listen, and to get out of the narcissistic confinement so that politics is truly a search for the common good and not a frivolous spectacle of human miseries.

The crisis of current politics is simply a reflection of the crisis of Western culture, which has been forgetting its roots and its fundamental values.

*This text was originally published in Diálogo Político. 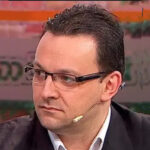 PhD in Philosophy. Master in Communication Management. Professor at the Department of Humanities and Communication of the Catholic University of Uruguay.