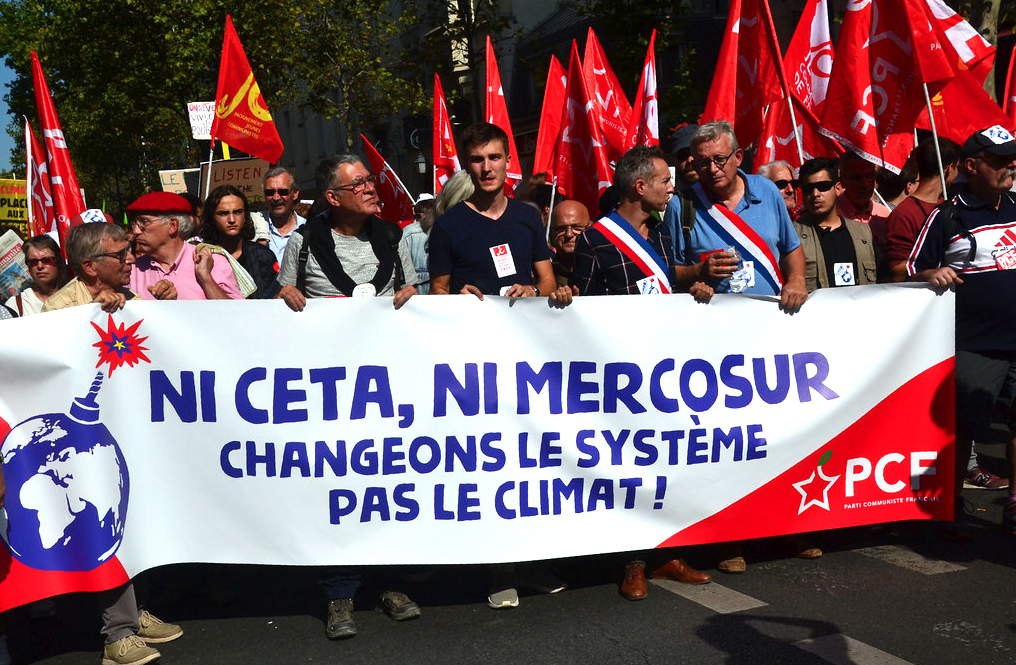 On October 6, the plenary of the European Parliament approved an amendment to a general report on trade that underlines that the EU-Mercosur Agreement cannot be ratified “as it stands”. At the same time, it called for effective environmental protection measures consistent with the Paris Agreement on Climate Change. An important clarification: the approval of this bi-regional agreement, which has not yet been considered, was not discussed, and what has happened is, rather, a warning to navigators. And it is not the only one: by the end of 2019, the Austrian parliament had already spoken out against it. In August 2020, Chancellor Merkel, after meeting with Greta Thunberg and other environmental leaders, declared that she had “serious doubts” about the agreement, showing a change in Germany’s position, which until then had been favorable. In September, the French government reiterated its rejection, endorsed by the independent report of a commission presided over by Stefan Ambec, convened a year earlier on the occasion of the forest fires in the Brazilian Amazon, which Macron described at the time as an “international crisis”. Shortly after, Ireland and Luxembourg announced that they would not ratify it. After his appointment, the new EU trade commissioner, Valdis Dombrovskis, acknowledged that the EU was divided, and, alluding to the Bolsonaro government, pointed out that an additional Mercosur commitment to the environment would be necessary to overcome these objections.

What has changed since the signing of the agreement in June 2019, after twenty years of difficult negotiations, for these voices of rejection to now emerge in the EU? The key factor is the environmental crisis caused by the Bolsonaro government and its support for Brazilian agriculture, its irritating denial of climate change, its threats to withdraw from the Paris Agreement, and also its alignment with the US, while questioning Mercosur itself and, therefore, the agreement with the EU. Meanwhile, in Europe, electoral support for the Greens is growing and moving, through the European Green Deal (EGD) and Next Generation, as novel post-pandemic sustainable development strategies.

it seems difficult that the Agreement will ever be implemented

With this background it seems difficult that the Agreement will ever be implemented. It is important to remember that it is of a mixed nature -that is, it contains matters of exclusive competence of the EU, and others of the member states-, so it should be ratified by each and every one of the parliaments of the 27 member states -Belgium, moreover, requires the endorsement of its regional chambers-, plus the approval of the European Parliament and the Council, in addition to the 4 members of Mercosur.

Knowing that this would be impossible from the beginning, it had already been proposed dividing the agreement and submitting to the Council and the European Parliament the section that gathers those matters that, being of competence of the EU, only require a qualified majority in the Council. But in view of the above, it seems that this legal shortcut, which also avoids the problem, is no longer viable either.

This is a healthy debate that demands remembering and rethinking the reasons why the EU-Mercosur Agreement is relevant for the development strategies and the international relations of both regions, beyond its obvious commercial interest.

First of all, it is wrong to see this agreement as a mere free trade agreement or “FTA” like those promoted by the United States. It has always had deep geopolitical significance. When negotiations were launched in 1994, they were a joint response to the hegemonic project of the Free Trade Agreement of the Americas (FTAA). When Argentina’s presidency of Mercosur and Spain’s presidency of the Council relaunched negotiations in 2010, it was a matter of responding, among other reasons, to the risk of marginalization associated with the growing weight of China.

This reason still applies, but now the Agreement is also a reinsurance against the rampant economic nationalism and the fragmentation of the international trade system. Furthermore, it is a tool that can contribute to the strategic autonomy of both regions in the face of US-China competition, which aims to place both Latin America and the EU in a position of strategic subordination. It should be noted that beyond their commercial heart, Mercosur and the EU are political projects, and an agreement between the two regions cannot be seen, in a reductionist way, in terms of free trade either.

Secondly, the agreement can also be a common space for policy dialogue, regulatory convergence and productive transformation for changing the economic model and the reconstruction of the social contract. For Mercosur, the long transitional periods -up to 15 years in some cases- open up options for that transformation with active long-term policies to leave behind the phase of repressing and growing dependence on China. The EU itself is no longer the same entity that initiated the negotiation two decades ago, and intends to be even more different in 2030. It is an EU that wants to promote an ecological transition that intends to be, at the same time, a new strategy of development and industrial policy, a mark of its “soft power”, and a renewed mobilizing narrative of European construction.

It is true that there are inconsistencies between the EU-Mercosur Agreement and the EGD, and it does not fit well, “in its current state”, with this rebirth of the EU in a green key. However, this would not mean rejecting it, but rather the opposite: integrating it into the external dimension of the EGD, as a space for political dialogue, reinforcing its environmental obligations within a common agenda of reform and regulatory convergence for the “green” transition of both parties.

For all of the above reasons, it is not acceptable to appeal to legitimate environmental arguments with unspoken protectionist purposes, such as those encouraged by some actors in the EU. But the existence of disguised protectionism does not mean that environmental objections to the Agreement are not valid. Quite the contrary. Those raised by the Ambec report deserve attention: the causal link between Mercosur exports and deforestation; the risk of weakening environmental and health standards in those exports to the European market; and the absence of robust legal instruments to address climate change.

In short, it is legitimate for European citizens to refuse to associate the EU with Brazil, whose current government boasts of its rejection of the Paris Agreement, flirts with climate denial, and provides cover for those who prey on the Amazon. The EU-Mercosur agreement, drafted with the same template that the EU has applied in all its agreements over the last thirty years, already incorporates novel tools in environmental matters, but they are not enough.

One possibility is to contemplate an “environmental clause” along the lines of the existing human rights clause, which would link, in a reciprocal manner, the validity of the agreement to the observance of international standards on the subject, including the Paris Agreement. In short, it is not a question of abandoning the EU-Mercosur Agreement, nor of reopening a negotiation that was very complex and difficult, but rather of reinforcing it with more effective instruments, responding to the demands of the citizenry and their legitimate demands for coherence with sustainable development and Agenda 2030.

Photo of Jeanne Menjoulet in Foter.com / CC BY

Professor of Interantional Relations at the Complutense Univ. of Madrid. Director of the Carolina Foundation. Special advisor for Latin America and the Caribbean of the High Representative for Foreign Policy and Security of the European Union.