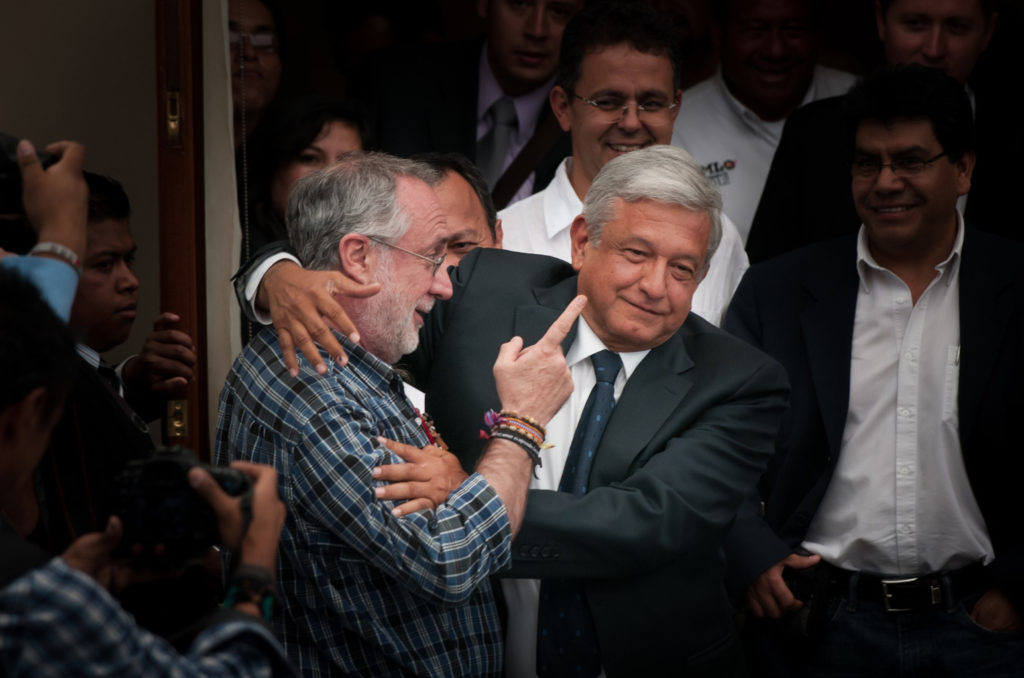 One of the most repeated discursive elements of the government of Andrés Manuel López Obrador (AMLO) is austerity. They never miss a chance to remind us how much they save on salaries, suppliers, gasoline, and bureaucratic expenses in general. AMLO’s thrifty eagerness is even transferred to his personal life: he likes to show himself with worn-out shoes, prefers to travel in economy class (to the discomfort of other passengers), and boasts of having already inherited all his assets to his children during his lifetime. In the 2018 presidential campaign he said he only carried 200 pesos in his wallet. “Not even for a cab,” he clarified.

Before continuing, it is worth pointing out that AMLO’s austerity policy is not the economic recipe that was proposed in Europe after the 2009 financial crisis. That austerity followed the Expansionary Fiscal Contraction (EFC) hypothesis. The EFC postulates that the reduction of government spending, through austerity measures, encourages private consumption by generating the expectation of a future tax cut.

This is not the case in Mexico today. AMLO’s austerity is rather a formula to eliminate corruption in the abstract. Thus, he has turned savings into a symbol of honesty and moral authority with traces of fetishism. In its anti-corruption crusade, this government presents as achievements the budget cuts, the disappearance of government agencies, the elimination of bureaucratic positions, the downward revision of salaries, etc. Every peso saved by the government would be one peso less that goes to the hands of “La Corrupción”.

You may ask yourself, dear reader, where are these savings going? It is an excellent question to which there is no clear answer. Despite its mania for austerity, the hard data tells a different story about this government. According to the Federal Superior Audit Office (ASF), in its first year in office, pre-pandemic, 96 percent of the Budgetary Income Stabilization Fund (FEIP), a budget item containing the federal government’s savings accumulated over the last twenty years, was spent.

In these pandemic times, AMLO’s austerity policies clash with a reality that demands an increasing level of spending in specific areas. Let’s look at a specific case: public education.

As of this writing, according to data from the National Institute of Statistics and Geography (INEGI), 1.3 million children and adolescents in basic education (preschool, elementary and high school) are out of any type of school activity for reasons associated with the pandemic. These are data from the “Survey for the Measurement of the COVID-19 Impact on Education” which indicates that 20 percent of these children and adolescents dropped out of virtual school due to lack of a computer or internet connection. It does not take a genius to know that this population is concentrated in the poorest states of the country. Consider that in Chiapas only 24.6 percent of households had internet connectivity in 2019.

Faced with this bleak scenario, the new Secretary of Education, Delfina Gómez, made her debut in her position last February 15 by cutting personnel. Her letter addressed to the Undersecretaries and General Directors of the Ministry of Public Education gives sadness:

“I take the liberty of distracting your attention in relation to the austerity policy that our President has promoted and has set an example that it is possible to have an honest performance and in strict compliance with the Law. Within the complicated context we are going through in this pandemic, I kindly ask you to reconsider the number of personnel in your charge, kindly requesting you to submit to me in the next few days your proposal for personnel reduction.”

Secretary Gomez does not explain her objective in saving a few pesos, nor does she report on the destination of those resources. She simply tries to emulate “the austerity policy of our President” as if it were an example of an edifying life. In this way, and in the face of the tragedy that Mexican children are living, the first order of the new head of the office is to save. Wouldn’t it be better to spend to locate and keep these children and adolescents in school? In a surprising twist, it has ended up being imposed in the public discourse that austerity magically solves the problems.

We are in Holy Week, and with this in mind, it is worth remembering the parable of the talents in the Gospel of Matthew 25:14-30. There was a rich man who went on a journey and left his estate in the hands of three servants, giving each of them a few coins to invest. On his return, the master sent for them and called them to account. The first returns the capital and accumulated interest, and the second does the same. The third, however, informs him that he buried the coins and now returns them to him as they were given to him. Enraged, the master throws him out of his presence and says, “You should have given my money to the bankers, and when I came, I would have received what is mine with interest.”

Just like the master in the parable, the date is approaching when we Mexican voters will ask this government, “What did you do with my money?” The answer, I fear, will be “I kept it.”