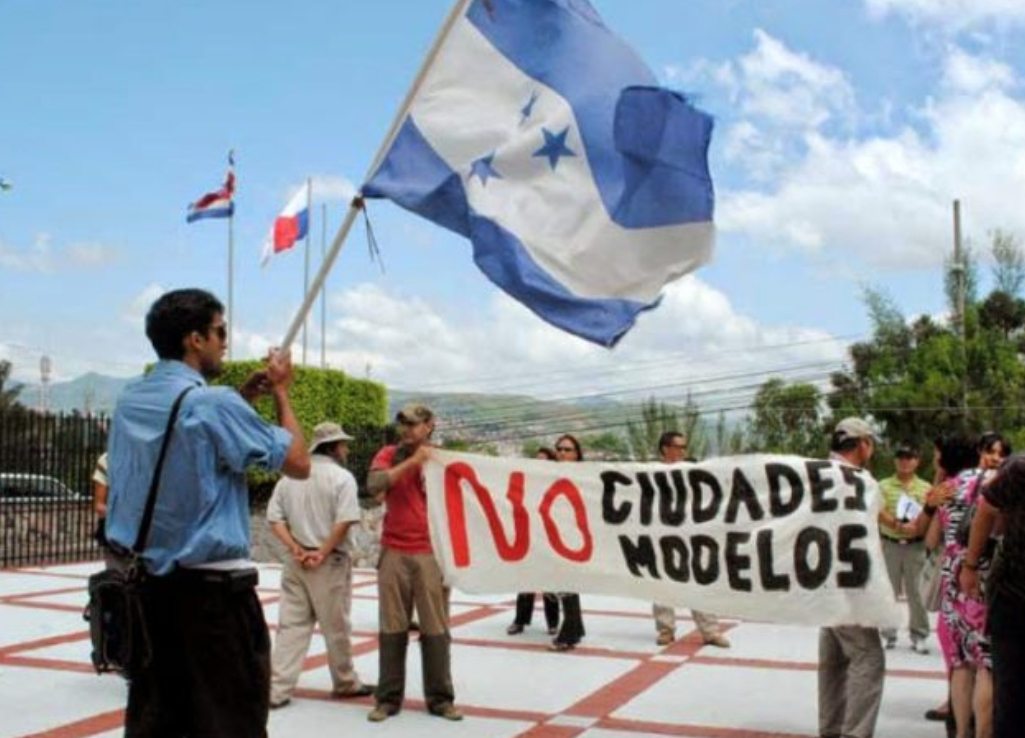 The Employment and Economic Development Zones (ZEDE), which were promoted as model cities and were approved by law in Honduras in September 2013 after a controversial process, have come a long, lethargic way to explode in this election year. After several previous attempts to create these ventures in Amapala, in the south of the country, in Choloma, north of San Pedro Sula, or other areas of the Caribbean coast, it seems that this time it is serious. Last March, protests suddenly broke out in Crawfish Rock, on the island of Roatan, against the ZEDE Roatan Prospera, which had been set up by a consortium of international investors (Honduras Prospera) without any prior consultation with the authorities or the community.

Previously, in April 2019, the word spread about the construction of the first ZEDE in Choloma, department of Cortés, under the name of Ciudad Morazán. However, it was not until October 2020 when some news broke. It was affirmed that the venture had some US$90 million invested in the purchase of land, housing and office buildings.

It is unknown who the investors of Roatán Próspera and Ciudad Morazán exactly are, but it is inferred that they would be drawing from the same capital. Now, who would invest in projects strongly criticized by businessmen, politicians, religious leaders, academics, trade unionists and social leaders?

Complaints against the ZEDE come from all sectors, except from those who still support President Juan Orlando Hernández (JOH) and defend his plans.

Some analysts suspect that the investors behind these ventures are likely to be the president himself and his inner circle. The inference is not entirely far-fetched. Financial capital would not be lacking, since over the course of three cachurecas administrations, as the nationalists are known, they have been denounced for corruption and links with drug trafficking.

The origin of the ZEDE

It all began when the current president, JOH, was serving as the president of the National Congress. His idea was to create model cities based on previous experiences in various parts of the world. The first mentions of these initiatives in Honduras emerged in 2011.

The concept, originally, was based on the idea of “charter cities”, developed by economist Paul Romer, who was at the time a professor at New York University and later chief economist at the World Bank. But the academic, who initially supported and even advised Hernández’s initiative, eventually distanced himself from Honduras’ plans because he disagreed with the direction the project was taking.

After an adverse ruling against the first project presented on model cities, four of the five members of the Constitutional Chamber of the Supreme Court of Justice (CSJ) were dismissed by Congress in 2012. The excuse was that they had opposed the police purification process, another controversial JOH project. Only magistrate Oscar Fernando Chinchilla Banegas, who had voted in favor of the initiatives, survived. As a reward for his loyalty, Chinchilla has served two terms as Attorney General of the Public Ministry.

Shelters for the corrupt?

There are growing speculations that the ZEDE may become a refuge, at least temporarily, for current officials when they leave power. The risks of being brought to justice by the new government, even if it were also a cachureco one, are high. In addition, there is the risk of being summoned by the U.S. Department of Justice for their alleged relations with drug cartels.

Recently the Supreme Court of Justice (CSJ) approved the creation of special jurisdictions for the ZEDE, allowing them their own judges and courts. Although, according to the resolution, they are “subject to the Political Constitution of the Republic”. According to the web page of the Honduran Secretariat of Economic Development, these zones are areas of the national territory subject to a “special regime” in which investors would oversee fiscal policy, security and conflict resolution, among other powers.

This implies, according to the law, that the ZEDEs “must establish their own internal security organs (….) including their own police, crime investigation, intelligence, criminal prosecution and penitentiary system”.

Faced with the potential realization of a couple of ZEDE, with the possibility of many more, Honduran society has reacted angrily and almost unanimously. The powerful Honduran Council of Private Enterprise (COHEP), as well as the Chambers of Commerce, and Industry of Tegucigalpa and San Pedro Sula (Cortés), the strongest in the country, have spoken out against these initiatives with well-founded arguments to justify their position.

Likewise, the Catholic Church, led by a cardinal that is related to the ruling National Party by both family and conviction, and the Evangelical Confraternity of Honduras, a sector whose pastors have been strong supporters of JOH for years, have announced themselves as standing against the ZEDEs, albeit with different nuances. And in many municipalities, “open town halls” have been called, a constitutional provision that allows the population to give their opinion and decide on issues inherent to life within their jurisdiction. All the town councils have declared themselves to be “ZEDE-free territories”.

However, in the eyes of the government, only what the president and his officials promote is valid. With general elections just around the corner, which are expected to be conflictive, scarcely transparent, and with the possibility of a new fraud, the ZEDE have become yet another point of friction.