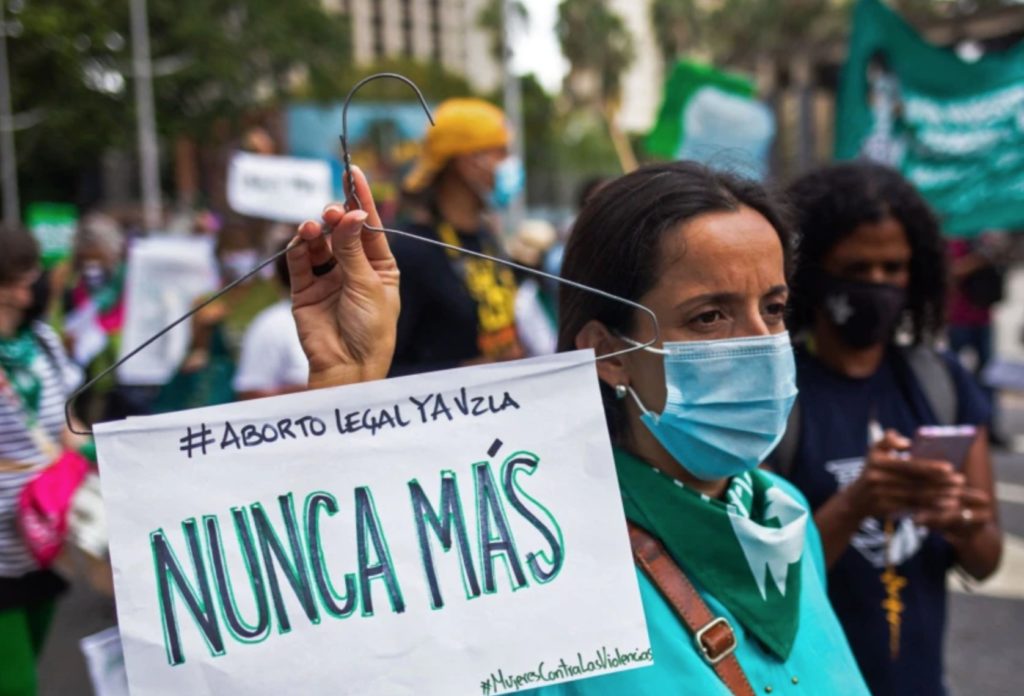 As representatives of Maduro´s government and the opposition meet for the third time, immersed in a dialogue process – this time in Mexico – to achieve a democratic transition, women’s movements in Venezuela have given a powerful lesson in terms of coexistence and cooperation. More than 60 women’s movements and social organizations, both from the “opposition” as well as identified with the “chavismo”, have signed a document demanding the decriminalization of abortion. In fact, almost simultaneously with the third round of negotiations in Mexico City, women from different political sides took the streets of different cities, united by a common cause.

In a context of authoritarian consolidation, the return to democracy in Venezuela is becoming increasingly urgent. According to the new figures of the ENCOVI (National Survey on Living Conditions 2021), almost the entire Venezuelan population now lives in poverty, with 76.6% living in extreme poverty. This delicate humanitarian situation, which is aggravated by the collapse of public services, the absence of freedoms, repression and militarization of society needs to be urgently addressed by the political elites.

Are the negotiations in Mexico the appropriate space for this? Is a transition to democracy about to take place in the country?

What can we expect from the process?

Critics of the process in Mexico think that the negotiation can only serve for an uncomfortable and unnecessary co-habitation that simply legitimizes the authoritarian power of Nicolás Maduro. A large number of political, economic, social and religious groups insist on the need to build agreements for the progressive democratization of the country, while addressing humanitarian issues.

In the current context, it is not easy to be optimistic about a new dialogue process. However, the upcoming regional elections of November 21 will offer an opportunity for the reorganization of the opposition. The sterile division of the opposition foresees wide defeats against the ruling PSUV, which arrives to November more cohesive and having overcome the threat of the interim. But this election, as well as this new dialogue process, may become instances to deepen democratizing processes.

The document, after the last round, hints at some points of incipient agreement between the parties, such as the need to “identify consultation mechanisms” to incorporate diverse social, national and international actors in the process. Although the document is ambiguous, it is clear in it that effective participation among political actors and organized society is as important as the agreements that may be achieved between the government and the Unitary Platform.

The document also expresses a timid intention to incorporate negotiations with a gender perspective, which seems an act of cynicism judging by the conformation of the negotiating teams. In fact, a cursory review of the nominations for November reveals a substantial gap between the statements, both on the part of the Unitary Platform and the government, whose historical instrumentalization of women’s struggles has not led to substantive changes, neither in the legal frameworks nor in the labor market.

At a time representatives of both sides are negotiating in Mexico to reach minimum agreements, in Venezuela, women both “from the opposition” and those identified with “chavismo”, belonging to different organizations from different states of the country, marched together peacefully for the legalization of abortion.

The struggle for women’s rights, as well as for personal autonomy and integrity, human rights and social justice represent a central point of historical demands in Venezuela. These are values that ostensibly guide -more or less- the two political actors in dispute. The criminalization of abortion is not only an attack against the physical integrity and freedom of women, but it is also an instrument of discrimination and double standards that especially affects the poorest women.

In fact, both Chavez and Maduro’s governments -self-described feminists- who have come to hold the public powers without hesitation, have consistently ignored the demands of feminists regarding the right to decide. But neither did the National Assembly elected in 2015 with an opposition majority propitiate a debate, even if it was symbolic, on the issue.

Therefore, if the political actors negotiating really “agree” on the need to ensure a “gender focus” during the process, they should address the grassroots demands that have historically been able to bridge ideological differences.

Similarly, the various non-partisan actors such as religious, economic, social or academic groups, among others, should support the dialogue and continue to nurture cooperative relations with political parties and the State -understanding their fundamental role in democracies and without wanting to replace them-, develop inclusive reform proposals and serve as guarantors and builders of peace.

Comparative experiences have shown that the role of social movements in democratization processes is key. Not so much for directly provoking the fall of authoritarian regimes, but for re-democratizing society through their activities. They also serve to establish mechanisms of interaction that make it possible to legitimize political agreements, even if they imply important sacrifices for the political actors in dispute.

The negotiations in Mexico are an opportunity to recognize and address the real problems of Venezuela, those that impede democratic coexistence including the struggle for hegemony of power, centralism, intransigence, intolerance, perennial disqualification of the adversary, denial of rights, classism, racism and discrimination.

The actors gathered in Mexico must move from declarations of principles to actions. Democracy will not come to Venezuela through simple documents or pacts between elites. It will be built as society acts as a participant in its own transformation process. The latest protests in favor of diversity and women’s rights give us hope. 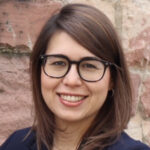