“When they closed the fishery I wanted to die because that’s what I knew how to do. I knew how to work the clams. I knew everything,” recalls Arturo Agüero, a fisherman from La Coronilla, a small fishing village in Uruguay. It was 1994 and, faced with the massive die-offs that decimated the populations of the yellow clam (Mesodesma mactroides), the Uruguayan authorities opted for the total closure of this fishery in the department of Rocha to prevent its local extinction. This decline was nothing more than a direct consequence of the systematic increase in sea surface temperature that had been recorded for several years, particularly after the transition from a cold to a warm period during the 1990s.

The warming of the oceans results, in part, from the increase in greenhouse gas emissions, especially carbon dioxide, which retains solar energy within the atmosphere, generating a tropical expansion that is driven by temperature gradients moving poleward in mid-latitudes. This temperature increase alters the intensity and direction of winds, which affects water circulation and currents. These long-term changes have reduced polar ice sheets, altered precipitation regimes and led to an increase in sea level.

Ocean warming shows a clear signal in the southwestern Atlantic Ocean, particularly over the continental shelf of southern Brazil, Uruguay, and northern Argentina, one of the world’s largest marine hotspots. The adjacent Rio de la Plata basin is also subject to intense warming. The Brazil current shows a consistent poleward shift, and the advection of warm waters towards the northeastern Uruguayan slope has been enhanced by increasing wind speed and frequency towards the coast.

Artisanal fisheries in developing countries are particularly vulnerable to the effects of climate change. Ocean warming has been responsible for mass mortality in species with an affinity for cold water, the increasing occurrence of red tides (harmful algal blooms) and a shift from cold to warm water species. Thus, fishing communities that depend on marine resources are increasingly threatened by rising ocean temperatures.

In the case of the La Coronilla yellow clam, massive die-offs caused fishery closures, forcing fishermen to diversify their livelihoods into local sectors of the economy, such as construction, agriculture and logging, or to migrate. This shows that the socio-ecological system of the area as a whole, including governance, society and economy, was not prepared to cope with this kind of drastic change.

In the summer of 2009, after 14 years of fishing closure, fishing families resumed clamming on La Coronilla beach, a tradition passed down for generations. But due to the small volume of clams, the fishery was reopened with a catch of only three tons. Priority was then given to product quality over quantity and a co-management regime was implemented whereby fishermen were part of the discussion of fishery management measures.

This time, in a joint effort of the fishermen, the Government and the Academy, the Rocha family, with a long fishing tradition for several generations, embarked on marketing the clam based on higher value-added products. Thus, thanks to this family’s drive and government support, the first processing and purification plant for the product was built to meet the standards for human consumption.

This milestone allowed the product to begin to be sold at a higher price in restaurants in tourist resorts along the Uruguayan coast, which positioned it as a gourmet product. However, despite the efforts of the fishermen, and due to changing weather conditions, supply cannot yet be assured. The supply is not only affected by the scarcity of the resource, but it is also diminished by the constant onslaught of red tides, whose origin is due, in large part, to the warming of the water, and which force the fishery to close due to the risk of intoxication.

The number of days of shellfish harvesting bans due to red tides on the Uruguayan ocean coast has been increasing, particularly since the early 2000s. This has affected coastal fisheries and has severely limited the yellow clam fishery in La Coronilla. “When a red tide occurs we have to stop fishing and request an extension of the fishing season. This is a partial solution, because sometimes we end up working in winter, when only 20 kilograms of clams can be sold. That’s not worth it,” says one of the fishermen.

This problem, however, is not limited to Uruguay. Similar fisheries have been affected in Latin America, including the Mesodesma donacium clam on the Peruvian and Chilean Pacific coasts. The effects of climate variability generated by El Niño events decimated the Peruvian clam, whose fishery has been closed since 1999 and has led to socio-ecological collapse. In the case of the clam exploited in Chile, the El Niño of 2015-2016 decimated stocks and also led to the closure of the fishery for several years.

While analysis of the effects of uneven ocean warming has gained attention in the last ten years, the lack of data in developing countries often does not allow us to adequately size the damage. Nevertheless, it is clear how sea level rise and onshore winds cause erosion, beach retreat and loss of dunes. By 2100, up to 70% of beaches in southern California will erode and El Niño events have already eroded areas of the Pacific and Atlantic coasts.

Intensifying changes in climate, acting in concert with other anthropogenic impacts, will increase the vulnerability of coastal systems, thereby reducing their capacity to provide services and benefits related not only to fisheries, but also to recreation, tourism, habitat supporting rich biodiversity, and coastal storm protection. This has had and will have increasingly profound socioeconomic consequences for the communities that inhabit Latin America’s coasts.

Jeremy Pittman is Associate Professor and PhD in Social and Ecological Sustainability at the University of Waterloo, Canada.

Omar Defeo is Professor and researcher at the Laboratory of Marine Sciences, Faculty of Sciences, University of the Republic (Uruguay). D. in Marine Sciences from the Centro de Investigación y Estudios Avanzados (Merida, Mexico). 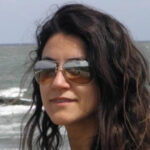 Marine biologist. Professor and researcher at the Marine Sciences Laboratory of the Faculty of Sciences, University of the Republic (Uruguay). Master’s degree in Ecology from the same university.