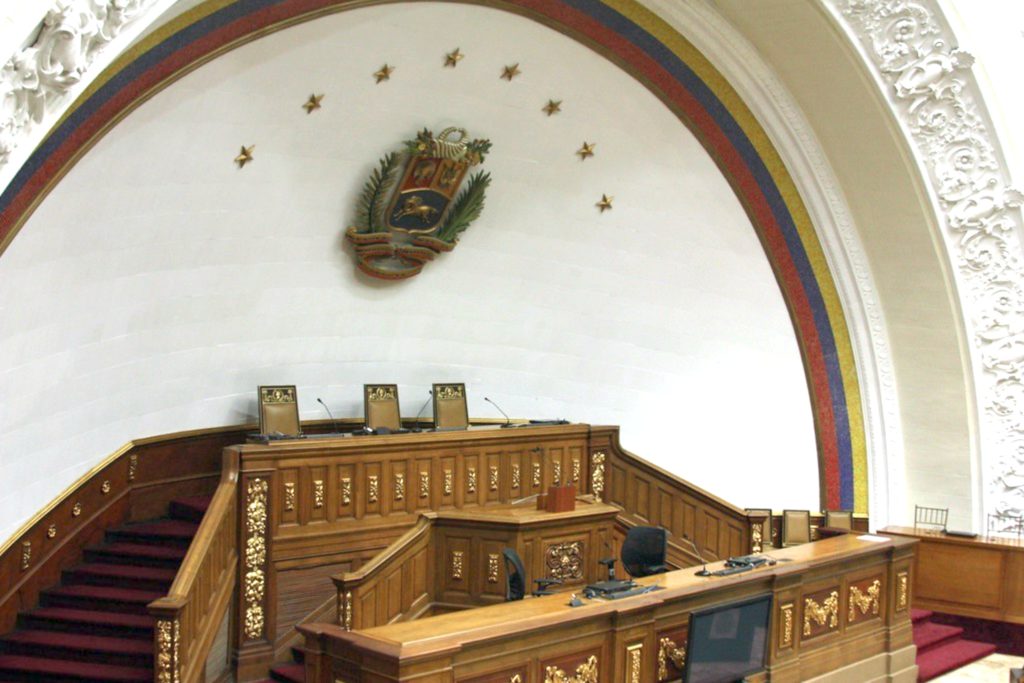 The last democratically-elected body that Venezuela had, has been sentenced to death with the recent parliamentary elections. These elections, defined from Miraflores Palace, mark the end of a series of uninterrupted attacks against the biggest political victory the opposition has registered in two decades. It has been an aggressive siege on all sides that lasted the entire legislature: Persecutions and imprisonments of lawmakers, armed assaults on plenary sessions, budget cuts, blocking of all constitutional powers and, even, the hijacking of parliamentary powers to be able to appoint the electoral authority. This is the greatest authoritarian display—by far—against a functioning parliament in Latin America in the last few decades.

This occurs as human rights’ massive violation, along with the destruction of the productive network and the country’s growing international isolation continue. A government, which electoral integrity, civil rights, public services and the food security of citizens are of almost no concern in light of its aspiration to totally control the State.

Against this backdrop, and due to a more aggressive version of Chavism, the call for elections to the National Assembly was an opportunity to give the final blow to the institutional space in which the opposition achieved its most important political advances. Despite the siege, since January 2019—and thanks to its 2015 electoral legitimacy—the opposition was able to have certain influence, nationally and internationally. However, the growing abstentionism that began in 2017 ended up favoring the authoritarian drift and the dismantling of the institutions.

Election without voters or winners

Once Venezuela’s National Electoral Council (CNE) had counted the few valid votes, it announced the results on Dec. 7. Despite the precarious credibility, data showed an undeniable drop in the participation rate, from 74% in 2015 to 30.5% currently. An equivalent cut of approximately 44% of the electorate, which would be half of the voters in the last election. This is more than the 31% reduction in voter turnout that occurred after the opposition withdrew from the 2005 parliamentary elections.

In this way, the government, without any fuss or celebration, regained the majority in the parliament, not to advance its political agenda, but to keep a non-existent opposition in that platform. One less space to be silenced. After the arbitrary handling of the National Constituent Assembly in 2017, it is clear that Chavism’s political leadership doesn’t require deliberative organs, but rather popular tribunals of punishment and public derision. The fact that three out of ten Venezuelans voted, and that two of them have probably been forced due to their condition as public officials, is no reason for any celebration.

Maduro’s government once again made clear the majority’s undemocratic overrepresentation in the 2020 elections. It garnered 93% of the seats, with 60% of a few valid votes registered by the NEC. The same electoral manipulation that it did in the 2010 elections. So that, in 2021 Venezuela will have a single-colored parliamentary arch, similar to that in 2005, and only comparable to Cuba’s National Assembly of People’s Power, Nicaragua’s National Assembly, the Supreme Council of Kyrgyzstan or the Russian State Duma.

As the days went by, rejection expressions emerged from democracies of the world. A group of actors, being a minority in the concert of nations, and yet influential, recognize the illegitimacy of this election, but doesn’t have a clear approach to the Venezuelan crisis. For now, they maintain their support to Juan Guaidó, but it is uncertain what the diplomatic management or minimal international agenda will be, in light of the largest migratory wave that the region has ever known.

In the first week after the election, the European Union, the United States, Canada and a large part of Latin America, except for Argentina, Bolivia and Mexico, made official statements not recognizing the elections. On the other hand, supporters, including Cuba and Russia—whose governments are not precisely characterized by the plurality of their parliaments or by electoral transparency—are expected to endorse the election results.

The support of more than 40 democracies in favor of the opposition, however, will do little, if there isn’t a strategic renewal that could offer alternatives beyond abstention, since the electoral asymmetry and lack of fair play are to be expected in a dictatorship. A rethinking that promotes greater coordination with the diaspora and Latinamerican governments as well as a redesign of communitary political activism within the country are necessary. This, considering the growing risk of doing politics in Venezuela and taking into consideration rural and urban areas where the state is conspicuous by its absence. This situation poses a dilemma for the Interim Government. As the time goes, the continuity and sustainability of foreign support is seriously threatened.

The opposition, for its part, consults

As for the opposition, it has launched the Popular Consultation. This is a mechanism that seeks to gather Venezuelan citizens’ will about Nicolás Maduro’s permanency in power, the holding of free presidential and parliamentary elections and a request to the international community to collaborate with the democratic cause. However, the very wording of the questions denotes a lack of ideas and the imprecision of the courses of action: A statement of purpose with three questions,  with no immediate or tangible political effect.

Beyond the debate around participation and abstention, what the opposition is looking for with the consultation is to rebuild part of the legitimacy lost and justify, somehow, the possibility of extending its mandate beyond Jan. 5 of 2021, which is the date on which the legislature constitutionally ends. This is an important political challenge for the political continuity of the Interim Government led by Juan Guidó, who still considers himself the president in charge and owes his legitimacy to his position as the National Assembly’s president.

In summary, these past legislative elections, rigged in the eyes of all, will exacerbate the country’ collapse and move it further away from a democratic transition with the suppression of both the parliament’s plurality and the vote’s political value as an instrument of social transformation. Therefore, the electoral path is being blurred from any collective content, dismembering the dialogue of a society that has been decimated, exiled and repressed. In 2021, Venezuela will have a parliament unaware of the humanitarian suffering of its people, without answers or dissent. It will have more seats but will represent 7.5 million fewer voters, many of them walking the world in search of better opportunities.

Translation from Spanish by Ricardo Aceves