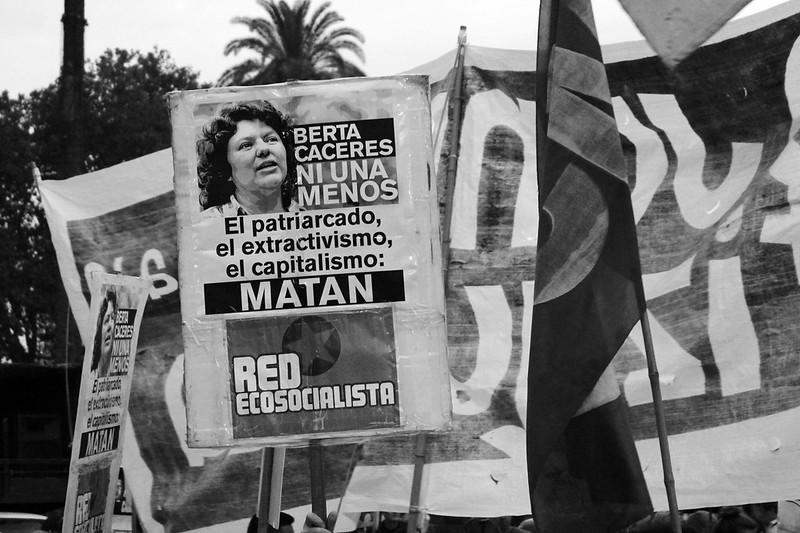 2020 has been the deadliest year for those who defend their homes, livelihoods, land, and ecosystems, according to British NGO Global Witness in its most recent report “Last Line of Defense”. Beyond the terrible effects on climate change, the irresponsible exploitation of resources based on unchecked greed has triggered an escalation in violence that has made Latin America the most dangerous place in the world for defenders of the earth.

The exploiters, however, no longer limit themselves to attacking the leaders of environmental groups. Now, they also attack simple villagers who seek to protect their environments and their plots of land. Three out of every four people killed for environmental reasons in the world are Latin Americans. In total, 227 people were killed in 2020, compared to 219 the previous year in the region.

Globally, the countries that top the list of the most dangerous are Colombia with 65 murders, Mexico with 30, and the Philippines with 29 deaths. In addition to homicides, there are a whole string of attacks of various types and severity, such as arbitrary arrests, threats, harassment, defamation campaigns, sexual violence, harassment, and unsubstantiated lawsuits (lawfares).

Colombia, the most dangerous country in the world

In Colombia, the most dangerous country in the world for environmental defenders, approximately one third of the attacks were against natives of different ethnic groups and Afro-descendants. Almost half of these attacks were against people engaged in small-scale agriculture. This data should be seen in the general context of systematic attacks against social leaders and former FARC combatants who signed the peace agreement.

In Mexico, the situation is also very serious. Here, there has been the greatest increase in violence and murders of environmental defenders when compared to the previous year. According to official information and environmental NGOs, logging is linked to a third of these aggressions, and half of them were directed against indigenous communities. In Mexico, approximately 95% of the crimes go unpunished.

Why are they being killed?

According to a Global Witness report, more than a third of the deadly attacks are linked to the exploitation of forest resources, mining, and large-scale agribusiness. The latter industry is especially dangerous in Brazil and Mexico, according to NGO data not included in the Global Witness report. Other causes of attacks are disputes over the construction of hydroelectric dams and other infrastructure, much of it illegal or at least irregular.

The case of the leader Berta Cáceres, who was murdered for opposing the construction of the dam on the Gualcarque River in Honduras, has had the greatest international impact and is a clear example of the prevailing situation.

Global Witness indicates in its report that, despite the seriousness of the data, these are not a true reflection of the true extent of the problem, since in many countries the real situation faced by environmental defenders is almost impossible to measure. The report notes that restrictions on press freedom and the absence of independent records of attacks result in significant underreporting. Therefore, the figures published in the report are, unfortunately, an underestimate of the real state of the situation.

The role of companies

The report notes that “many companies engage in an extractive economic model that overwhelmingly prioritizes profits” over other aspects, such as human rights and the environment. This disproportionate and irresponsible corporate power “is the underlying force that has not only brought the climate crisis to the brink of collapse but has perpetuated the killing of human rights defenders.”

In many resource-rich countries, these predators operate with almost total impunity and sometimes in complicity with governments, so it is rare for these perpetrators to be held accountable for their crimes. And in the cases where justice interferes, it ends up acting against the material perpetrators, but never against the intellectual authors of the crime. In the case of the assassination of Berta Cáceres and other Lenca leaders, although the actual perpetrators have been convicted, the justice system refuses to open an investigation to elucidate who the planners behind the assassination are.

While it is not common for the perpetrators to pay for their crimes, in many cases it actually is the environmental defenders themselves who end up imprisoned. In Honduras, this situation is plainly evident. In the case of the Guapinol River in Honduras, the defenders of the river who opposed a mining project have been held in preventive detention for the last two years. They await a trial that is based on untenable arguments and that has been orchestrated by the state to defend the interests of a local businessman

In this context, it can be affirmed that as long as resources continue to be exploited irresponsibly and with total impunity, attacks against environmental defenders and the climate crisis itself will continue to worsen. Only governments by passing new laws and enforcing them can, in turn, reverse this situation to protect the environment and human rights.