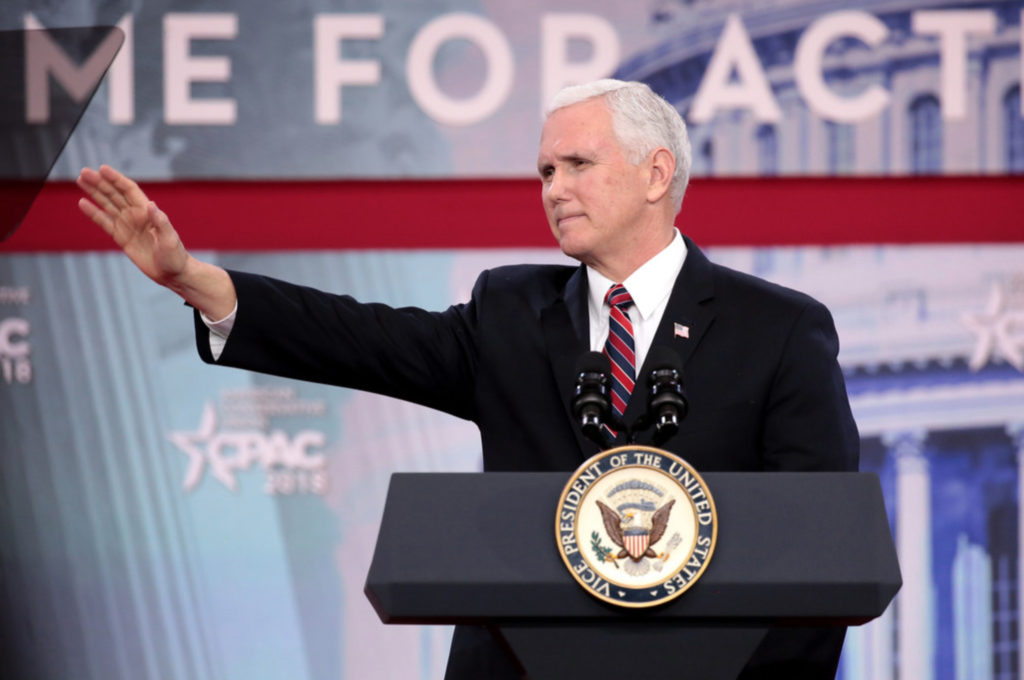 Evangelical cults have been growing for several decades in Latin America. Slowly in their beginnings, but picking up speed over the years. There are several reasons for this, but the main one is the discredit of the Catholic Church, which is the historically predominant cult in the region. Another reason is the intentionality of the U.S. political-religious establishment, which has seen in its particular form of “evangelization” another form of domination.

The “evangelist” policies from the Trump environment

For a long time these advances had limited, albeit growing, success, taking advantage of the gaps left by the retrograde and intransigent attitude of a good part of the Catholic hierarchy. However, a few years ago, an unthinkable alliance between sectors of the Israeli Zionism and evangelical leaders gave birth to an initiative which had a decided and explicit, although discreet, support from the White House, once Trump assumed the presidency in 2016.

According to the Transnacionales de la Fe journalistic project—led by Columbia Journalism Investigations (CJI), along a network of 16 recognized Latin American media outlets—since the beginning of Donald Trump’s administration, Vice President Mike Pence and Secretary of State Mike Pompeo, both evangelical Christians, were the main promoters, ideologists and developers of a plan for Latin America. This project was designed from the White House Faith & Opportunity Initiative (WHFOI), created by Trump in the early days of his term.

His main ally, an ideologist and the strategy executor, was Ralph Drollinger, an evangelical pastor and director of Capitol Ministries, which is a religious organization for biblical studies sponsored by the Trump White House.

According to the mentioned investigation, his work was to “evangelize” relevant political leaders, particularly in “third-world” countries, with a special focus on Latin America. This, with the objective to have them rule in accordance to biblical principles. This strategy coincides with the geopolitics of the most radicalized sectors of Israeli Zionism, regarding Latin America.

Tracking public information, it can be seen that, by 2009, Drollinger was a pariah within the evangelical community since he was expelled from his congregation for serious irregularities. But as a spiritual mentor to Pence and Pompeo, with whom Drollinger established a relationship about a decade ago, he led those biblical studies in the White House from the moment the vice president invited him to settle there, in 2016, according to information published by Transnacionales de la Fe.

The offensive south of the Rio Grande

Following the thread of the mentioned investigation, we could see that the offensive of Capitol Ministries since those days was increasing with very good results in Nicaragua—where the country’s president and his wife invited Drollinger to install his research center. Meanwhile, in Honduras the Ministries were able to convince President Juan Orlando Hernandez to change his country’s embassy from Tel Aviv to Jerusalem.

In Brazil, through local evangelical churches, Capitol Ministries has achieved an important penetration in the sectors related to President Bolsonaro, whose candidacy and his administration have been supported by them until now.

In Guatemala, a delegation of the WHFOI, comprised by more than 20 pastors, many of them experts in political operations, managed to change former President Jimmy Morales’s position to transfer the Guatemalan embassy to Jerusalem, in exchange for allowing him to dismantle the already uncomfortable Commission against Impunity and Corruption in Guatemala (CICIG), which was sponsored by United Nations.

The killing of that Commission was backed by the complicit silence of the White House, which until then, had even promoted, supported and partially financed it. This dismantling left Morales with peace of mind, since he was being investigated, and about to be charged, with various acts of corruption and abuses.

Who are they and what do they want?

Research by Transnacionales de la Fe says that in the evangelical-Israeli strategy, designed from the WHFOI, the Cuban-American Pastor Mario Bramnick—founder of the Miami-based Latino Coalition for Israel (LCI0), a christian-zionist organization—has a prominent role too, in addition to Drollinger. The main target of this organization is the recruitment of Latin-American political and religious leaders that support the recognition of Jerusalem as the capital of the State of Israel.

Capitol Ministries and the WHFOI keep the identities of their main directors in secret reserve. Only a few names are known. Among them are Ralph Drollinger, Mario Bramnick and Michele Bachmann, former U.S. Congressman and founder of the Tea Party group in the House of Representatives. Bachmann is a board of directors’ member of Capitol Ministries and personally leads a ministry at the U.N. headquarters in New York, from where she promotes a vision of Israel, according to the Old Testament.

They are joined by Oscar Zamora from Peru, who has worked in Capitol Ministries as director for Latin America since 2017. Since then, this organization has opened ministries in several countries of the region: Mexico, Honduras, Ecuador, Brazil, Peru, Uruguay, Paraguay, Costa Rica, Nicaragua and Panama.

According to anthropologist and professor at the University of Miami James Bielo, the texts of Capitol Ministries respond to postulates of fundamentalist Protestantism, which argue that the Bible should be interpreted literally and that all principles to govern should be derived from it, always respecting the Book’s literal reading.

While Capitol Ministries was during these four years expanding its ministries south of the Rio Grande, WHFOI’s operators worked actively to align latin America’s political leaders with the agendas of both Doanld Trump and prime minister Benjamin Netanyahu, regarding the Middle East.

According to information reviewed by Transnacionales de la Fe, “Prime Minister Netanyahu, also under investigation for corruption allegations, is without a doubt the most grateful for the work of evangelicals, with whom he meets frequently to coordinate what ‘evangelical countries’ to influence to support the State of Israel’s expansion in Jerusalem, according to advisors of the White House Faith & Opportunity Initiative.

Photo of the Planalto Palace at Foter.com / CC BY