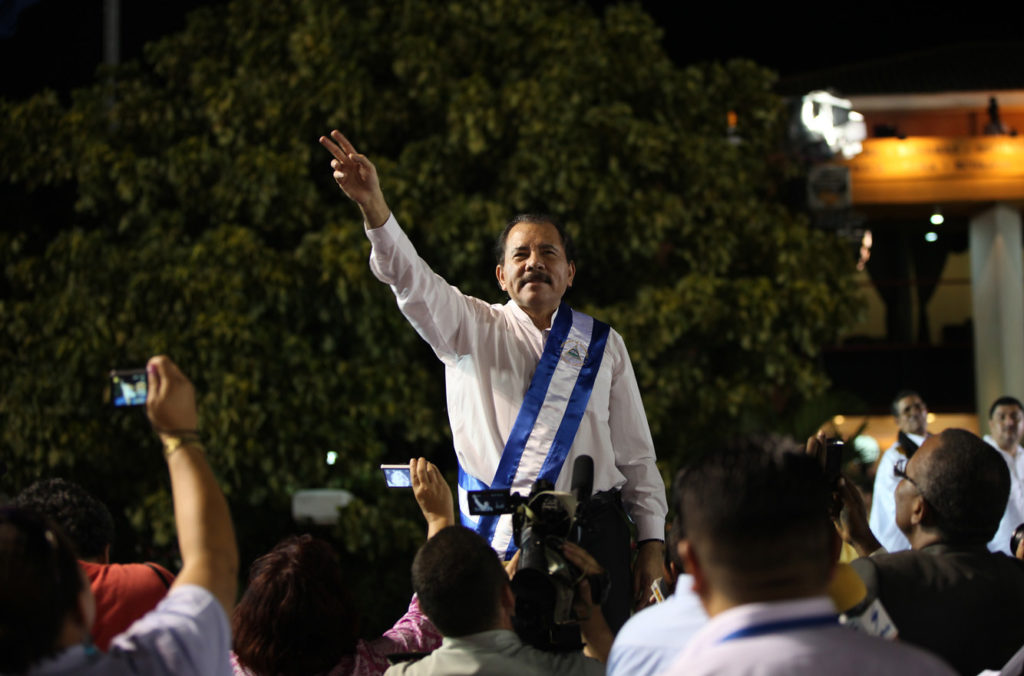 The assassination of journalist and politician Pedro Joaquín Chamorro by hired assassins of the Somoza dictatorship in 1978 was perhaps the last blunder of the dictatorship, the one that precipitated its downfall. Today, the proscription and prosecution of his daughter Cristiana and three other candidates opposed to the Ortega regime may become not only one more act of clumsiness of “Danielism”, but a prelude to its end. The situation in Nicaragua, however, is much more complex and cannot be simplified under the polarizing discourse that divides the country in two.

Since Daniel Ortega’s return to power in 2007, the values of the historic Sandinista National Liberation Front (FSLN) have been degraded to the point of turning the government into an authoritarian regime. A large part of this tendency responds to the attitude and decision of First Lady Rosario Murillo, who, taking advantage of her husband’s illness, has been displacing him together with the old Daniel Ortega cadres.

An old Sandinista, a personal friend of Daniel Ortega for decades who requests the withholding of his name, describes the situation in Nicaragua as if there is no middle ground. “Some only repeat what the opposition says, others what the government argues. Few stop to reflect and analyze what is happening with an honest and truthful look… because we know that politicians and other public referents will not do it”.

While parts of the left, the most orthodox, remain loyal to the regime and do not recognize the errors of the Ortega-Murillo government while the authoritarian regime consolidates, a large sector of the right-wing opposition, in part represented by Cristiana Chamorro, “will continue to ignore its own history of abuses…. They do not elaborate on the real interests they defend, that is, those of the local high bourgeoisie”.

Another former Sandinista, a journalist and communicator, now at the service of an international humanitarian NGO, who also requests  their name to be withheld, affirms that “Danielism, with its opportunism, has supplanted the principles of historical Sandinism in order  to better work for personal, family and group benefits. However, it did not neglect its bases, which it has always supported”.

Rosario Murillo, known as “la Chayito”, also has a broad base of support given her intense work of insertion for years into the popular sectors of society. The vice-president has made an effort to align the Sandinista Youth to her personal goals. Additionally, she has a great influence over women’s organizations and those that bring together peasants. This is how an internal movement within the FSLN has been taking shape.

The opposition to the regime

On the other hand, Cristiana Chamorro, the influential journalist who announced that she would run as a candidate in the next presidential elections in November, belongs to a family with a long political and business history – it has supplied five presidents of the Republic – and has historically been the owner of the media, once almost monopolistic.  In this framework, the family defends the objectives of the class to which they belong, the Nicaraguan high bourgeoisie.

But what we are witnessing is not a confrontation between the government and the Chamorro family. So far, three other opposition presidential candidates have been arrested: Arturo Cruz, accused of “attacking Nicaraguan society”, according to the Public Ministry, Juan Sebastián Chamorro – Cristiana’s cousin -, and Félix Maradiaga, as well as other opposition leaders.

Voices critical of the Ortega and Murillo government, however, are not limited to opposition candidates and the Nicaraguan high bourgeoisie. Influential Sandinista figures, such as Ortega’s former Vice-President in his first government (1985-1990), the writer Sergio Ramirez, the former member of the Sandinista Revolutionary Junta, the poet and theologian Ernesto Cardenal (deceased in March 2020), and the former Sandinista commander Hugo Torres, as well as many other former allies have denounced in recent years the growing authoritarianism of the regime.

In this framework, while Daniel Ortega has been largely distancing himself from the historical leaders, Murillo, from her position as vice-president, has been undermining his power within the FSLN and the government, supplanting the old cadres related to Daniel Ortega with her own people as a way to strengthen her own base.

These supports, according to some analysts, could be enough for the ruling party to win the presidential election, even without committing fraud. However, the insecurity and ambition of the regime itself has led it to commit abuses of all kinds. Thus, the persecution of Cristiana Chamorro and other opposition leaders and journalists is a response, not only authoritarian but also thoughtless, which the government ends up applying to its competitors in a sort of extreme lawfare. This is a method that is very widespread among Latin American governments.